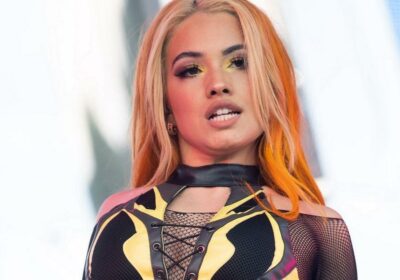 Mabel has pulled out of Simon Cowell ’s new show Walk The Line.

The pop star had advanced talks with execs and was due to be a judge on the ITV singing contest.

But, in a shock move, she has now told them she won’t be doing it.

An insider told Daily Star Sunday: “Everything was in place for Mabel to do the show and this was going to be her first big telly project.

“But she’s now pulled out at the 11th hour. The show’s producers are stunned. They’re really disappointed to lose her.”

Bosses face a race against time to find a replacement before filming starts later this month. Our insider added: “It’s going to be a challenge getting a decent celeb at the last minute.”

Mabel pulling out is the latest blow to hit Walk The Line.

Last week Simon quit his role on the show to spend more time with his family.

Bosses had to draft in Take That star Gary Barlow to replace him.

It has also emerged that ITV now plan to air just a handful of episodes across a single week.

Another source told us: “Mabel was initially excited to be involved.

“But when she heard Simon had quit, she wasn’t keen anymore. His exit was a big factor in her decision to go.”

ITV bosses are still hoping the show will get great ratings.

A spokeswoman said: “The full line-up for the show will be confirmed in due course.”

The new show will see competitors battle it out on the stage, singing to top the leaderboard and win a stack of cash.

It comes as reports emerged that Simon was looking to hire Dawn French as a judge on the new ITV show.