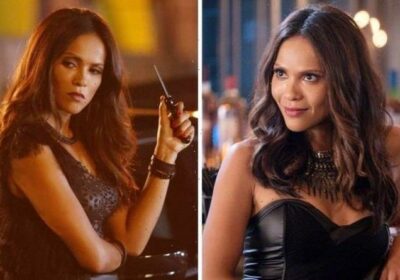 Lucifer: A look at behind the scenes of series six

Lesley-Ann Brandt has teamed with Hollywood legend Morgan Freeman for an exciting new drama series based around Cape Town’s defiant District Six. After supporting her Lucifer co-star Tom Ellis for six seasons on Fox and Netflix, the South African actress will take the lead in an incredibly personal new story.

Lucifer’s best friend Mazikeen will be returning to screens soon as Lesley-Ann Brandt has announced her next major television project.

Brandt will produce and star in upcoming series Hanover Street, centred on the inhabitants of District Six in Cape Town, South Africa.

She’ll be partnering up with actor Morgan Freeman and Lori McCreary’s production company Revelations Entertainment to produce the series.

District Six became a symbol of defiance against apartheid in South Africa when it was declared a ‘whites-only’ area in 1966.

By 1982, the entire population of some 60,000 individuals had been forcibly removed, including residents of all ethnicities and creeds as well as a thriving LGBTQIA+ community.

Lesley-Ann Brandt, who was born in Cape Town, explained why she was so excited to bring the story of District Six to life in a recent statement.

She said: “We are thrilled to have partnered with Lori, Morgan, and the team at Revelations to bring the beauty and tragedy of District Six to life.

“It’s such a personal story to me, my family, and the people of the Cape Flats.”

“While the barbarity of the apartheid regime has featured onscreen before, Hanover Street will lean into the joy and solidarity that the community shared in the face of repression.”

The actor also made his directorial debut with Revelations’ Bopha!, starring Danny Glover as a South African police officer.

Producer Lori McCreary added: “There’s a definite correlation between the racial reconciliation that has gone about in South Africa — and continues today — and the important conversations happening today in America.”

“Bopha! explores police violence and Invictus, racial reconciliation. We find it sometimes easier to reflect on stories in another country to learn more about ourselves.”

The Lucifer star drew excited responses from her followers when she announced the news on her Instagram page.

She reposted Deadline’s report on the series, and added: “A wise producer once said. Find or create a story that you are dying to tell.

“Share it with your friends and family and keep telling it until you find the parts they respond to and until you get it right and then, tell THAT story.”

Brandt continued by thanking her producing partners and previewed a small taste of what’s to come in the District Six series.

“Thank you,” she continued. We are grateful to our partners @thelorimccreary @morganfreeman and the team at Revelations Entertainment.

“We are thrilled to bring the community, the soul, the beauty and the ultimate tragedy of District 6 to the audiences around the world. Joy was their resistance. Joy was their protest.”

Hanover Street will be the first time Brandt has led her own series, with the full cast still to be announced.