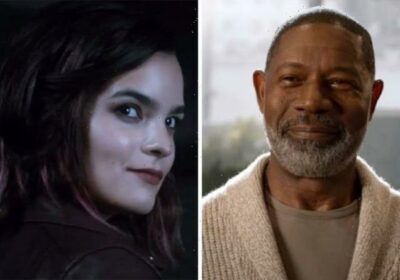 The sixth season of Lucifer is thankfully just around the corner as fans had to wait just a few short months for the Biblical drama to return. Now the first official trailer has been made available for viewers on YouTube and Twitter, viewers have been trying to piece together the clues ahead of the final ten episodes’ release on Netflix.

The fabric of reality itself is under threat in the highly anticipated sixth and final season of Netflix’s epic fantasy series, Lucifer.

After becoming the new God, Lucifer Morningstar (played by Tom Ellis) will come face to face with yet another foe hellbent on destroying him; his sister, Rory (Brianna Hildebrand).

A brand new trailer for the upcoming season has teased reality-bending hijinks and several shocking twists in store for the show’s last ten episodes.

Most fans assumed Rory’s schemes against her brother are responsible for the bizarre events glimpsed in the new footage.

However, some ‘Lucifans’ are convinced the departure of God (Dennis Haysbert) and Goddess (Tricia Helfer) might have caused more chaos than they anticipated.

When the new trailer dropped, some perceptive viewers immediately flocked to Reddit to talk over what they saw.

One user proposed: “One of Lucifer’s sisters straight up corrupts all of reality. At least we know who’s the new villain.”

Although they also questioned the apparent absence of Lucifer’s twin brother, Michael, this fan maintained Rory was responsible for the havoc playing out on the surface.

On the other hand, Lucifer being granted access to his father’s powers in the recent season finale could have thrown the universe out of balance.

“It may not be Rory (the sister) who is corrupting reality,” another fan replied.

“It may be the lack of a true God that’s the reason for that.”

In the trailer, Lucifer exclaims humanity no longer has a God, hinting that he may eventually give up his new abilities.

With no one to rule over creation, Rory could simply be taking advantage of the situation to strike Lucifer when he’s at his most confused and vulnerable.

Fans have also pointed out that Rory’s power set is still unknown, beyond the usual strength and flight granted Lucifer’s angelic brothers and sisters.

Popular theories have suggested she possesses the ability to shapeshift, which would explain why Chloe Decker (Lauren German) is trying to kill her own boyfriend at the end of the trailer.

Others have questioned why God’s departure didn’t immediately send reality out of whack when he left to retire in Goddess’s universe near the end of season five.

“The final episodes in which God was gone happen back to back, not a lot of time has passed,” explained another viewer.

“As more time passed, it’s possible that the more God was needed to keep reality tethered.”

Hopefully Lucifer and his friends can find a way to defeat Rory and restore reality to its natural state before the epic drama comes to an end once and for all.

Lucifer season 6 will be released on Friday, September 10 on Netflix.