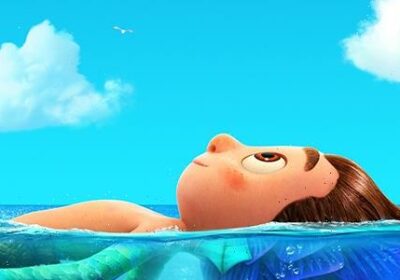 Pixar looks like it has another charmer on its hands with Luca, a coming-of-age fantasy set in the Italian Riviera. The feature directorial debut of Enrico Casarosa, who worked on previous Pixar films such as Up and Coco and directed the lovely Pixar short La Luna, Luca is loosely based on Casarosa’s own childhood growing up alongside the sunny Italian Riviera. Sans sea monsters, of course. Watch the new official Luca trailer below.

Jacob Tremblay leads the cast as the titular Luca Paguro, “a bright and inventive 13-year-old sea monster with endless curiosity—especially when it comes to the mysterious world above the sea,” while Jack Dylan Grazer plays an adventurous friend who introduces Luca to the surface world, Alberto Scorfano, “an independent, free-spirited teenage sea monster with unbridled enthusiasm for the human world.”

The two of them discover the ability to transform into humans when they’re dry and decide to explore the nearby town, whose residents have a frightening superstition of evil sea monsters. Nervously hiding their true identities, the pair of them enter a race that will allow them to win enough money to buy a Vespa — what they think of as a magical vehicle that can take them anywhere in the world.

Directed by Casarosa, who conceived the story, and written by Mike Jones and Jesse Andrews, Luca looks like a much more lighthearted affair after the existential exploration of Soul. Though there’s nothing wrong with that, in fact, it’s decidedly refreshing. Luca tackles a familiar genre — the coming-of-age story — but gives it a whimsical little twist: the sea monster protagonists whose friendship and appearances (notably the Timothée Chalamet coif that Luca has) have drawn comparisons to Call Me By Your Name. But the movie feels closer to the works of Studio Ghibli, which makes sense considering Casarosa has cited Hayao Miyazaki as a source of inspiration.

The rest of the voice cast for Luca is rounded out by Emma Berman, Maya Rudolph, Marco Barricelli, and Jim Gaffigan.

Here is the synopsis for Luca: