Love Island’s Summer addresses her American accent in the villa 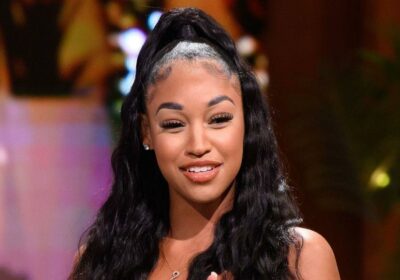 Former Love Islander Summer Botwe, 22, had a short-lived experience in the Love Island villa but while she was there she certainly made her mark.

Entering the main villa while the girls took a trip to Casa Amor, she shared some kisses with Dami Hope, 26, and he chose to couple up with her, before reigniting his romance with Indiyah Polack, 23.

Summer brought beauty and great chat to the villa but she also brought something unexpected. Despite growing up in Hertford in the UK, viewers noticed that she would inexplicably slip in and out of an American accent during her interactions with fellow islanders.

On last night's Love Island: Aftersun, Summer appeared on the sofa to take questions from superfans Darren Harriot, Rosie Jones and Dean McCullough and there was really only one thing they wanted to know.

Darren took his chance to comment and said after a pause: "Loved your American accent," to which Summer laughed, looking a little shy and said: "Thank you, I appreciate it". Said, of course, in the twanging American drawl we've all come to associate with her.

During her time in the villa, Summer would frequently switch from her real accent to a distinctly American note. She first started doing the accent during her date with Adam Collard and viewers were instantly confused and annoyed by it.

A third wrote: “Summer girl I get it I dip into the American accent every now and then but tf you don’t calm down I feel like I’m watching a bad drama or something.”

And it didn't stop there. She continued the soft-launch of her new accent when talking to fellow bombshell Josh Le Grove by the pool and during the kiss, marry, pie challenge.

Summer and Josh had only just begun their time as a couple when he was booted from the villa. Speaking on Aftersun, Summer said: "We obviously had a bit of a connection," adding, "we may or may not have spoken since we've been out."

Host Laura asked if she had plans to see Josh again to which Summer replied: "Yeah, 100 per cent. We were vibing in the villa".

Summer then got a surprise as Josh was brought out to applause and cheers from the audience and greeted summer with a hug and kiss on the cheek.

"We'll see what happens," said Josh with a smile.