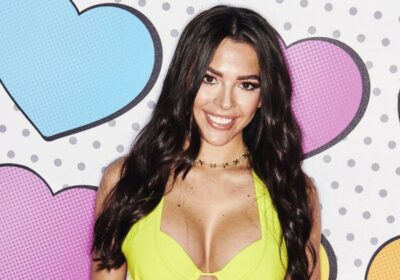 Gemma Owen and Luca Bish's relationship could be on the rocks now Love Island producers are closing the door to Casa Amor according to relationship expert, Tina Wilson.

The international expert who launched the Wingman app to help friends find their pals a date reckons that Gemma is "emotionally constant".

In recent weeks, viewers have seen Luca and Gemma come closer, with the Brighton fishmonger even sucking her toes in front of their fellow Islanders.

But this could all be set to change with sources claiming Casa Amor will be returning to the villa in the coming days, unleashing a shed load of drama.

Speaking exclusively to Daily Star, Tina said: "I don't think she will stay with Luca, let's see what happens with Casa Amor."

Reflecting on Gemma's behaviour in the villa, she continued: "She's had a very privileged upbringing, she's a very young girl, she's got a lot to learn.

"Clearly, she's had everything she wanted all of her life, she's never had to come up against anything that would cause her probably any hurt.

"She does come across incredibly cold but she's so young, it's very difficult, she comes across as very mature for 19 but also sort of emotionally constant."

But Tina believes that Gemma has been the most "PG" out of all of this year's Islanders, explaining: "I would imagine her dad drilled it into her before she went in.

"He's had all the media training in the world and he would have said 'Look, you just be you, behave yourself, don't do too much under the sheets', which she hasn't done."

But while some fans are claiming Luca is staying with Gemma after discovering who her famous dad is, Tina, shut down these claims.

"He's a big football fan but I think he just made a beeline for Gemma before he knew that Michael Owen was her dad," she said.

She continued: "He locked on supersonic glare for her and as soon as Davide was out of the picture, he just sort of went for it.

"I don't think that will make a difference, it would be good if they did the lie detector test."

She told fans: "Luca can't fake feelings. You can tell how much he is into Gemma. Luca has grown up with people in the limelight – best believe he won't be phased, it may seem biased but he really is.

"His intentions are so pure and you can see how much he likes Gemma. Her dad will not even remotely be a factor."