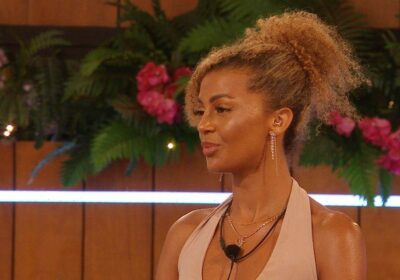 After viewers were shown an argument which broke out between them over bombshell Tom Clare, fans wanted to know the backstory behind the girls' issue with one another as their "beef" was more personal than it seemed.

One eagle-eyed viewer found that Zara and Olivia had followed each other long before starring on the show and even commented sweet messages under each other's posts.

While theories were thrown about by viewers about how their supposed friendship on the outside world went sour, David offered some clarification on the matter having been recently dumped from the South African villa.

A follower sent in the question which read: "Did Olivia and Zara talk about how they knew each other outside of the villa?"

"Yep, this is something that was discussed in the villa," the 24-year-old revealed. "So they told everyone."

"I think Zara told everyone that she knew Liv and Liv confirmed," David added.

The money advisor from Essex became the first contestant to be dumped from this year's show after he failed to couple up with someone after joining the series as a bombshell.

Upon leaving, David said that he believed Tanya Manhenga would choose him over Shaq Muhammad.

"Obviously you’ve got to go in hoping you have a chance," he said. "The four things she said during the re-coupling, I thought were about me, and then she picked Shaq. I was like, that’s wonderful…"

He added: "Me and Tanya did have a good bond. We just found it easy to have a conversation with each other. But maybe that’s all it was between us, just good conversation."

David then shared that he thought Shaq and Tanya would face "tests" during the villa.

"They’ve got a good bond, but they’ll have tests. Shaq will have a girl come in who likes him. So it’ll be interesting to see if his head turns. But for now they are a good couple, definitely."