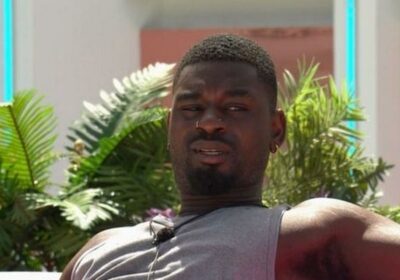 Love Island star Dami Hope is unrecognisable in an adorable throwback photo of himself as a young kid.

The 26-year-old microbiologist joined the ITV2 dating show earlier this month as one of the Mallorca villa's OG Islanders.

While Dami is looking for love inside the villa, his social media accounts are being looked after by his nearest and dearest.

Posting to his Instagram stories on Tuesday, Dami's family and friends shared an epic throwback picture of the Irish reality star as a young child.

The adorable snap sees a much younger Dami wearing a blue shirt and smiling into the lens, while also maintaining eye contact.

Over recent weeks, he has been getting to know fellow Love Island hopeful Amber Beckford inside the villa, though things have recently gone awry.

After enjoying a tennis date, their budding romance was rocked by the arrival of bombshell contestants Jay Younger and Remi Lambert.

It followed her enjoying a mini-date with Jay and also engaging in a flirty chat with Remi.

Despite Dami treating her to an avocado-on-toast breakfast, Amber expressed her concerns about the relationship to her current villa beau.

During a candid chat on the daybeds, Amber told Dami: "I do feel like you're borderline pushing me away.

"Are we maybe just not compatible? I don't know."

As Dami admitted to potentially 'subconsciously pushing Amber away', he reassured Amber he does 'like her".

Dami added: "I like you. I haven't said that to you before and I don't know why it was hard for me to say that to you.

"It probably caused some of the friction between us and I'm sorry for that."

Can they patch things up?