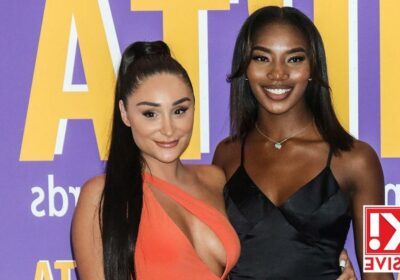 One could think that the Love Island contestants are woken up at the crack of dawn, ready to make the most of filming the hit ITV2 show.

However ex-Islanders Coco Lodge and Chyna Mills have revealed that Islanders don't wake up until 2pm some days.

Each episode of the show sees the Islanders being woken up as bright lights are switched on in their shared bedroom, but Coco and Chyna have revealed that it is less strict than it seems.

Speaking exclusively to OK! Magazine at the National Reality TV Awards UK 2022, they dished details on the sleeping process in the villa, with Chyna saying: "I just thought it was a natural thing [waking up], no it's not. It's like, 'Right guys, lights are on. Sit up, put your mics on and let's do this!'"

"Sometimes you'd wake up and you'd feel like you've had so much sleep and then they're like, 'Right guys, there's no point in having breakfast because it's launch time in a minute.'"

At this point Coco chimed in and said: "2pm I reckon."

Coco and Chyna came into the villa as bombshells during Casa Amor, and Coco enjoyed plenty of steamy flirtations and kisses with Andrew Le Page, 28.

It wasn't meant to be though, as it was clear that Andrew's affections still stood for his former partner Tasha Ghouri, 23, after she came back into the villa, and the two have since made it official.

Coco has spoken of her upset after Andrew "pied" her, and described how she was hyperventilating to one of the producers outside the front of the villa.

She said: "When he pied me off I was really upset, I was genuinely crying and hyperventilating out the front with one of the producers.

“I broke one of the fairy light lightbulbs outside of the villa because I was so upset I accidentally kicked it.

Coco also revealed that the boys in the villa had rated her a 'four out of 10' for her looks, which was overheard by Summer Botwe.

Speaking on the Murad Merali podcast, Coco got tearful as she said: "There were comments made when the filming wasn't on about that I'm a 'four out of 10' by some of the boys.

Murad asked: "From the OG boys?"

There wasn't too much going on for Leeds-born Chyna in the romance department either, however she ended up being coupled up with Jay Younger, 28, before he said he couldn't see a romantic connection between the two.

The pair were subsequently dumped from the villa, with Chyna only having spent a few days there.