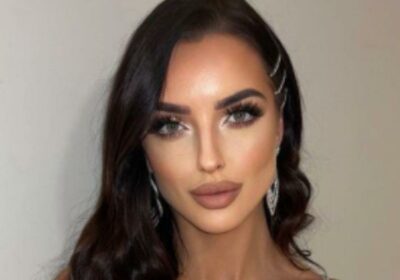 Former Love Island contestant Amy Day has claimed that ITV producers “manipulate” islanders on the show, with the final product we seen on screen entirely “fake.”

The 25 year old, who appeared on the show last year as part of season 7, made the claims on Saturday 11 June during an interview with the Daily Star.

According to the reality star, there wasn’t as much freedom in the process as she had originally thought, with show producers frequently dictating when islanders needed to get up, go to bed and what they could do, when.

"It was more than what I thought before I went in,” Amy told the newspaper.

“I wasn't stupid I went in knowing this is a game show but I thought I'd be able to wake up at 8am and go for a swim, have a coffee. They don't control you but they manipulate you.”

According to the star, the process was very restrictive, with the entire experience being far less fun than she had hoped.

During the same interview, Amy also opened up about some of the kinkier elements of the show, including her admissions that she believes there was a sex toy drawer hidden in the villa somewhere, although she had never seen it.

Speaking candidly about her experience on the show, Amy also admitted she wished she had realised just how fake the process was before taking part.

"I wish I knew how fake it was, everything was fake, but Hugo was the biggest example of fakeness, to be honest," she quipped.

"He was playing the nice boy card but he was the opposite. I'm not surprised we haven't heard of him for a while. . I've got no regrets apart from staying with Hugo," she concluded.

Following in Amy’s footsteps on the show are this year’s contestants who kicked off series 8 of the popular reality dating show last Monday.

So far, we’ve seen two shock re-couplings, and one unexpected exit, but with a new bombshell due to enter the villa on Sunday 12 June episode, it could be all change again as he hopes to win the heart of one of this year’s contestants.

Joining the contestants in the villa on Sunday is Rugby player Jacques O’Neill, who plays for the Castleford Tigers – and crucially, has previously dated fellow contestant Gemma Owen in the past.

The Yorkshire player, who hails from Cumbria originally, reportedly had a good relationship with Gemma’s dad, footballing legend Michael Owen, prior to the split – but will his past connection be enough to rekindle his past romance?

Or will Island stunners Paige Thorne and Afia Tonkmor win his heart? Currently single and in danger of leaving, the pair will need to couple up if they want to continue to be in with a chance of winning the show’s £100,000 cash prize.

Love Island continues every night at 9pm on ITV2.