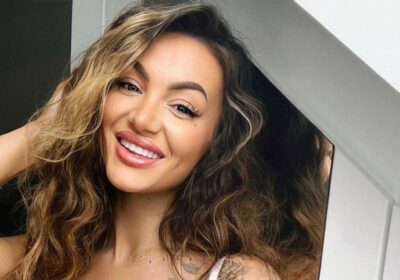 Former Love Island star Abigail Rawlings has revealed some of the bizarre everyday items ITV bosses ban in the villa.

As the grand final of the eighth series of Love Island looms ever closer, the reality star has shared some of the inside secrets from the hugely popular ITV2 dating series.

One of the most common devices the Islanders are stripped of before they set foot in the villa is their mobile phones, tablets and other smart devices.

With just a matter of days left inside the idyllic Spanish villa left, the professional tattoo artist, 27, confessed how the stars of the show were forced into a digital detox in the villa, but sometimes ITV bosses took it too far.

Want all the last villa gossip straight to your inbox? Sign up for our daily Love Island newsletter HERE.

In an exclusive interview with Daily Star, Abi admitted that although producers were more than happy to cater to their beauty needs, the contestants on the show are banned from all communication devices – including a pen and paper.

The Bournemouth beauty – who appeared on the seventh series of the reality show – admitted how the telly executives refused to let stars write on the show in order to keep the stars chatting during the day.

“But that is why people do bond to such an intense speed quickly because you have nothing but the people you’re with. All do you is just chat all day, chit-chat and there’s always drama. It's literally just chat city in that villa.”

Because the residents were restricted by means of communication, the tattoo artist explained that the main way they kept in contact with ITV bosses was by shouting at the “voice of God”.

Abi clarified: “We call it the voice of God because no one comes into the villa, especially because of Covid, if they ever needed to communicate with us that would be there way.

“It’s literally just a voice that comes out of the sky and if we ever needed something because obviously you have your mics around your neck, if there’s something like an emergency or something needs to happen right there then you just shout to the ceiling.”

The starlet went on to compare the Voice of God to their own personal smart speaker such as Alexa as they asked them to set timers for household chores throughout the day.

“And they’d let you know in ten minutes, ‘Your ten minutes is up’ and then you’d take it off because we had no time or anything like that, so sometimes we’d need their help.”