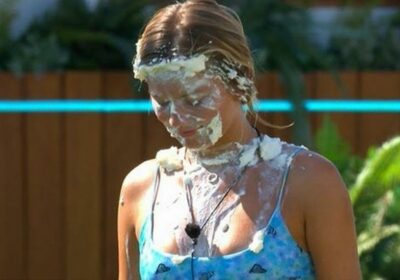 An ex Love Island star has backed the latest ruling from Ofcom to not investigate the show after receiving thousands of complaints.

Love Island viewers flocked in their thousands both this year and last year to submit complaints to Ofcom regarding furious outbursts and bullying claims.

In 2021, Faye Winter was hit with over 20,000 complaints after her furious row on Movie Night which saw her fume at Jake Cornish and beau Teddy Soares.

In 2022, thousands more complaints flooded through over claims that Luca Bish and Dami Hope were bullying Tasha Ghouri after a handful of snubs one evening followed by a brutal challenge of Snog, Marry, Pie?

Despite the influx of complaints, Ofcom made the decision on Tuesday (August 30) to not investigate the claims any further, something which ex contestant Jake Cornish agrees with. Speaking exclusively to Daily Star, Jake reflected on his row with Faye and said after the incident he wasn't "checked on", but a conversation was had with the producers.

Jake said: "It was an argument. I wouldn't say they checked in on me but they would have a conversation.

"At the end of the day, you're an adult. If someone is going to argue with you, I wouldn't expect someone to babysit you. An argument is just an argument – I wasn't really bothered. It didn't phase me one bit."

Jake claimed that if ITV felt something was bad and shouldn't be on TV, then it wouldn't air.

He said: "There are some scenes that happened in my series that were never aired. I think ITV wouldn't show it if it was unsuitable. Not being funny, but people want to see a bit of drama don't they?

"When you watch Love Island you know what you're getting into. It's going to be drama, love and romance. That's what it is."

Jake, who had his fair share of controversy during his time on the show, said that as the drama ensued on-screen and dislike for some islanders grew, he reached out to the families of both Luca Bish and Jacques O'Neill.

He said the lads were "trying to be themselves" in the early days and felt the public was jumping against them.

The ex islander said he wanted to "give a bit of reassurance" to their families after the influx of hate which surrounded the pair ahead of Jacques' exit from the show.

Further complaints were aimed at Luca for the challenge which saw him pie Tasha Ghouri, with thousands of Ofcom complaints rolling in.

"You've got to remember you're on TV," Jake said. "If you don't do what producers tell you to do, like take part in a challenge, you won't win. People will think you're boring if you don't get involved. You've just got to get stuck in it."

While Jake thinks the islanders should figure rows out between themselves on-air, rather than have a producer come in, the Anti-Bullying Alliance believes Love Island has some kind of responsibility.

Martha Evans, director of the Anti-Bullying Alliance, said "poor behaviour" should be "called out".

They added: "We need adults to lead by example and if young people are watching programmes like Love Island we have a responsibility to ensure we protect young people."