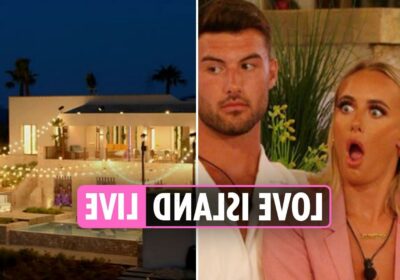 LOVE Island fans were rejoicing on their sofas as it was revealed the show's relationship-busting Casa Amor is making a comeback.

ITV2 bosses have been frantically trying to finish the spin-off villa in a bid to spice up the series with more drama between the couples.

The Sun told last month how it had been decided that the second villa would not be making a comeback, much to the despair of fans.

But tonight viewers celebrated the big reveal of Casa Amor, which is sure to test whether or not anyone's head can be turned by sexy new arrivals.

The couples will soon be whisked off to separate villas, but not before one couple is dumped from the island altogether after a public vote.

Casa Amor is likely to test the villa's stronger couples, including Jake Cornish and Liberty Poole, and Liam Reardon and Millie Court.