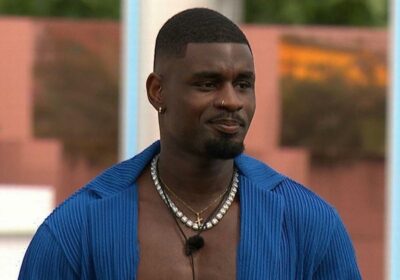 Dami Hope left Love Island fans gasping when he revealed he had a heart-shaped birthmark on his penis.

The hunky Irish scientist landed in the villa with his fellow Love Island castmates on Monday night (June 6) as the ITV2 dating show finally returned to screens.

As a Senior Microbiologist, you'd expect Dubliner Dami to know a thing or two about the human body – especially his own private parts.

In his VT, which was pre-recorded before the series began, Dami said he has a heart-shaped birthmark on his penis.

Dami, 26, told viewers he likes to call his appendage his "Love stick", and shows girls the mark when they don't believe him. In his introductory video, he said: "I have this gift or something. I have this birthmark shaped heart on my penis.

"Usually when I tell a girl I haver that, they don't believe me and then I show them. I call it my love stick."

One fan gasped: "Dami did NOT just tell us about a birthmark on his penis #LoveIsland."

A second said: "Nobody, absolutely nobody, Dami: I have a heard shaped birth mark on my penis…. #LoveIsland"

A third commented: "We didn't need to know about your heart shaped penis Dami. #LoveIsland,"

A fourth asked: "Why is Dami talking about his birthmark?!"

Dami was coupled up with Amber during the first coupling of the series on Monday night's launch episode.

Host Laura Whitmore dropped the news on islanders that the public would be deciding on the couples in the first episode this year, in a shock format twist.

Amber and Dami were announced as the first couple, Gemma and Liam as the second, Indiyah and Ikenna as the third, Tasha and Andrew and Paige and Luca as the final pairing.

However, Italian stallion Davide came in to shake things up at the end of the episode, where it was revealed he would get to choose a lady to pair up with and break up a couple.

It meant one islander would be left vulnerable to being booted from the show already.