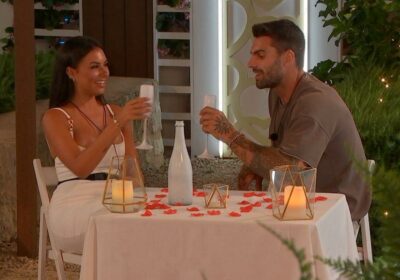 Love Island fans have called for ITV bosses to bring back some iconic challenges.

Viewers have been tuning into the ITV2 dating show ever night for the past six weeks.

There's been plenty of drama from stars unexpectedly quitting the villa to bombshell arrivals.

However, some of those watching at home have been left unhappy due to the lack of challenges so far this year.

The sexy singletons have taken part into some wild and wonderful tasks during their stay in the Spanish villa but fans want to see more "chaos".

Taking to Twitter, one fan penned: "If we wanted to sit and see people chat, we would watch The Bachelor or something. We want challenges. Twitter headlines, island games, and for chaos, movie night."

Another added: "Give me movie night! give me Twitter challenge! give me snog marry pie and the kissing challenge! AND DO IT ONE AFTER EACH OTHER. i want chaos."

A third person ranted: "What has happened to #LoveIsland this year? Where are the challenges, dates and hideaway? It’s been non-stop chats with each other, the cast this year have played it too safe I’m convinced none of them like each other and that’s why there’s no fun this season."

While a fourth social media user said: "About to make an Ofcom complaint for the lack of challenges in this season."

Wednesday night's show (July 13) saw Adam Collard continue to explore a relationship with Paige Thorne after her partner Jacques O’Neill left the villa to focus on his wellbeing.

The rugby player made an emotional exit earlier this week after the dramatic fallout from his antics in Casa Amor.

Following Jacques' shock decision to leave during Tuesday’s episode (July 12), Adam was seen pursuing his connection with Paige as he chose her for one of three dates.

Adam pulled Paige to one side to ask how she was feeling about Jacques leaving, to which she replied: "Yeah, it’s not a great situation but I’m just going to keep smiling, keep doing my thing, just have a good time. Whatever comes come."

In The Beach Hut after their date, Paige said she thought the date had gone "well" and that she was "looking forward to having some more flirty chit-chat and seeing where it goes".

She added: "Obviously it doesn’t mean it’s going to be easy and it doesn’t mean I’ve switched my feelings off but am I looking forward to there potentially being more chats with Adam? Yeah, for sure."

Love Island continues at 9pm on ITV2 and ITV Hub

For more of the latest showbiz and TV news from the Daily Star, make sure you sign up to one of our newsletters here