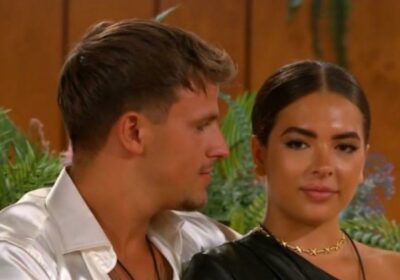 Love Island viewers have been left baffled after Gemma Owen and Luca Bish avoided being placed in the bottom three couples once again.

On Tuesday nights show, fans discovered that Indiyah Reynolds, Dami Hope, Adam Collard, Paige Thorne, Danica Taylor and Jamie Allan are all at risk of being dumped from the island.

However, despite fans feeling rather concerned about their union, Gemma and Luca have avoided the brutal dumping due to receiving a high number of public votes.

But due to their rocky relationship over the last few days, some viewers have questioned whether former England footballer Michael Owen has paid producers to keep Gemma in the show until the very end.

One person wrote: "Nah this is a fix… it's the producers keeping Gemma & Luca in not the public

A third added: "How have Luca and Gemma avoided the bottom three again. The one time they was in the bottom three, the show decided to only do a bottom two. The show is a fix."

Meanwhile a fourth shared: "No, we're not failing, the producers are picking and choosing who gets dumped and they want to keep Michael Owen's child…even when she's boring and bitter. Every social media platform is soundly against Gemma and Luca so the votes are being ignored/manipulated."

On the latest episode of the hit ITV dating show, Luca appeared annoyed at Gemma for her seductive dance moves during the Mile High challenge.

Although he didn't admit that he was fuming by Gemma's actions, she later discovered that his mood had changed and decided to confront him.

What came to follow was a heated clash between the pair which saw Luca removing his mic and walking out of the villa.

But with tensions beginning to rise between them, fans have urged Gemma to run away from their union.

Jumping on Twitter, one concerned viewer shared: "Gemma needs to run from Luca. Absolutely these shows get edited but I can't see what other context there could be for the way he's behaving towards her."