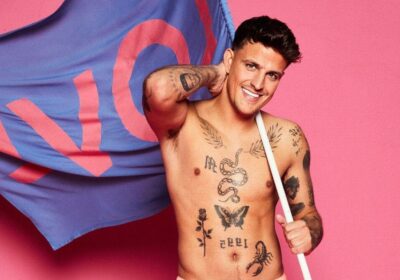 Love Island executives have confirmed their latest addition to the Majorca villa over the next few months.

As a fresh batch of singletons hope to find the love of their lives, one hopeful will be swapping the fish market for the dating market.

ITV have now confirmed fishmonger Luca Bish, 23, will be casting his eyes over his fellow singletons as he prepares to find the ultimate summer romance.

The 23-year-old from Brighton says he came out of a long-term relationship but says he and his ex started to drift apart after "things" he "didn't like" began to crop up.

Speaking about why he wants to get into the villa, he said: "When you actually look back at Love Island, you can see how many couples it's genuinely made.

"I don't know how many kids Love Island has made but there are a few aren't there?"

But the fishmonger admits he's not going to be going on dates here, there and everywhere if he doesn't get along with his potential suiters.

He explained: "I prefer to meet girls out and about.

"I think when you go looking for it, it's not as easy though, it's like you're too desperate for it."

Luca went on to add: "I think you’re the one or I like you, I'll take you out on a date but other than that, if we talk and I don't like where it's going – then I won't be throwing out dates."

Reflecting on his last relationship, he explained: "I came out of a four-year relationship about a year ago.

"I was enjoying being in a relationship, there were just things I didn't like and we drifted apart."

Joining Luca in the villa will be football legend Micheal Owen's daughter, Gemma.

Speaking about being competitive, international dressage star Gemma said: "My dad was a professional football player.

"I've competed for Great Britain in dressage since I was 11-years-old.

"I've travelled all across Europe competing in big arenas in big competitions. I would say I'm very competitive. [When it comes to relationships] I will always go for what I want."

For more of the latest showbiz news from the Daily Star, make sure you sign up for one of our newsletters here.