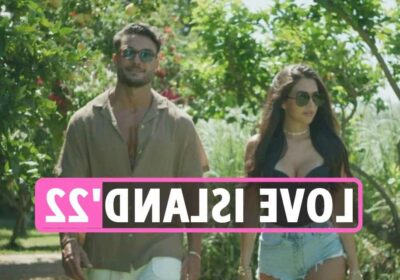 Viewers of the ITV2 reality show branded Gemma, 19, and 27-year-old Davide's time away from the villa as "awkward" and "boring".

The pair barely shared eye contact during the picnic and Love Island fans are convinced there is 'no chemistry' between them.

This is despite the pair insisting that they have feelings for each other.

Another wrote: "The way Gemma was avoiding eye contact with Davide is like she was being forced to be at the date."

Davide and Gemma's picnic date came after he pinched her from Liam Llewellyn, 22.

The initial couples chosen by the public were Dami and Amber, Indiyah and Ikenna, Tasha and Andew, Gemma and Liam and Luca and Paige .

Read our Love Island blog below for the latest news, gossip and updates…