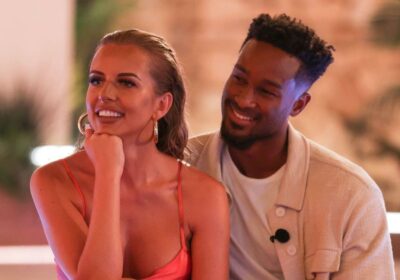 Every year Love Island comes up against backlash, with many contestants complaining about their air time and what was shown.

It is no surprise that producers have faced critiques again this year.

However, there seems to be more claims about "clever editing" than ever before from islander's who have left or been brutally dumped from the villa.

Given editors of the ITV programme have to slice down 24 hours of footage into a one hour segment, it would be wrong of us to believe that we are being shown absolutely everything.

But, it seems some key conversations and confessions have been missing from the final cut this year, leaving fans baffled.

Producers have also found themselves in the firing line after stars accused them of "protecting" certain islanders.

Here, Daily Star unveils all the moments that were missed but captured as reality stars left the villa.

From secret chats, jaw dropping confessions and a cute love declaration, we've got it all.

The real estate agent from Devon left fans gobsmacked after she'd admitted to Laura Whimore she'd been "so uncomfortable" in the villa that she'd nearly walked.

During a chat with the shows host after coming in third place, Laura asked Faye Winter what her time was like in the house initially.

"I wanted to ring my mum and dad and say, 'Come and get me,' but it worked out for the best."

It was unknown to viewers at home that Faye had even remotely suffered during her time in the house.

Before the two bombshell contestants were crowned the 2021 Love Island winners and opted to split the £50,000 cash, Millie shocked fans with a gesture she'd assumed had been aired.

During the live final, Millie Court and Liam Reardon were talking to Laura Whitmore about the moment the bricklayer dropped the love bomb.

Speaking about the idyllic moment and setting she added: "It was nice because we've been saying 'I love stew' for ages."

Throughout the show, the secret love declaration between the pair had been hidden away from cameras, until their final date. Accordingly to the DJ, she and Teddy had engaged in a lot of chats together and even spent additional time with one another while working out.

According to the Casa Amor babe, Teddy's mind hadn't been completely set on Faye until the very end.

She told us: "Originally when I first went in there I liked Tyler but then when I had a conversation with him, I was like 'hmm I don't know about him'.

"I spoke to all the guys, but it was Teddy that I liked the most and we spoke a lot!"

"We used to work-out together and talking and just talking about life, you know the whole shebang. We had a lot of good conversations."

Danny Bibby was outraged with producers following his exit from the show.

Hitting out on Tik Tok, he explained much of the fun he'd had with Kaz Kamwi had been missing.

The plumber went on to hint that clever editing had portrayed him as "a psycho" instead.

In the video clip, he said: "I can't emphasise enough how the show is made to be a show for entertainment.

"If they showed me laughing and joking with Kaz Kamwi, it wouldn't fit the storyline. So they've got to edit it."

The online clothing entrepreneur added: "I'm the nicest guy ever. But I get why people think I'm an absolute psycho, because I was the only one who had a pair of balls and said something when someone did something wrong.

"If they showed you what everyone got up to you wouldn't be interested, it's just everyone having fun."

Liberty 'kept her options open' in secret chat with Hugo

Hugo Hammond sparked an online frenzy after he'd made it clear that a very key conversation with Liberty Poole and himself had not been shown.

In a chat with Closer Online, Hugo, Lillie and Lucinda unveiled some show secrets – including an unearthed chat between Liberty and Hugo.

Shocked that the segment wasn't seen, Hugo said: "When I got back I spoke to my family and I said, 'Oh did you see that Lib pulled me for a chat when Jake had a chat with Mills?' and I don't think it was shown, but me and Lib had a chat."

Lucinda added: "Oh! Was that not shown?", to which Hugo responded: "I don't think so."

The PE teacher would not reveal any further details about their discussion but Lucinda did confirm: "She was exploring her options, wasn't she?", with Hugo responding: "Yeah I think so."

At the time Jake had been frank with Liberty, telling her he wanted to get to know new girl Millie Court.

If there is any truth in Hugo's claims, Liberty wasn't about to take it lying down and sought out other connections too.

To make matters worse, in a Tik Tok video the PE teacher fuelled speculated that ITV producers had purposefully chose not to showcase the chat in a bid to "protect Jiberty".

He captioned the clip: "When Lib pulls you for chats after Jakey wanted to get to know Millie but the show didn't air it to protect 'Jiberty' and now this happens.

"Imagine what could have been."