Home » TV & Movies » Love Island 2019: Amy and Curtis to split as he brands her an ‘attention-seeker’ in clash?

Love Island 2019: Amy and Curtis to split as he brands her an ‘attention-seeker’ in clash? Love Island’s Amy Hart and Curtis Pritchard have been the first to form a seemingly water-tight relationship.

However, in tonight’s episode, it seems there could be some trouble in paradise.

The pair are left feeling a little uncomfortable after a clash about Lucie Donlan and Joe Garratt’s coupling.

The latter have been through a tough time on the ITV2 dating show and have since decided to settle on each other.

Last night, they made their relationship “exclusive”, just moments after Amy and Curtis did the same thing.

It seems Amy isn’t too happy about it and uses the opportunity to raise her shouts on the matter with Curtis.

She also isn’t too pleased to see Lucie spend too much time with Joe, feeling the girls are drifting apart.

Tonight, Amy brings up her grievances with Lucie and tells her: “We should go and have a girl chat because we never see you anymore. You’re always with your bloody boyfriend!”

Joe chips in: “You’re together all the time [while nodding towards Amy and Curtis].

A put-out Amy tells the Beach Hut: “Lucie needed me a lot in the first few days because she needed advice but we never see her anymore. Her and Joe just sit on their own. I tried to bring her back into the group because I don’t want her to feel like she isn’t in the group, I was basically told to ‘go away’.” 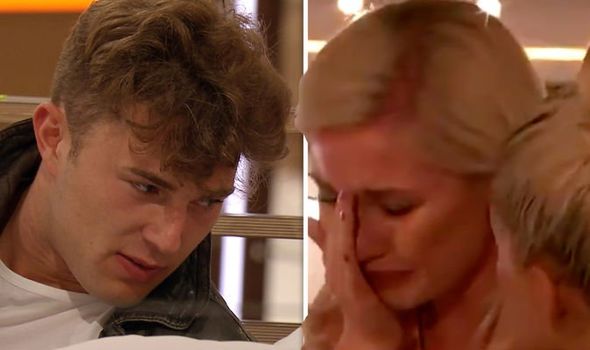 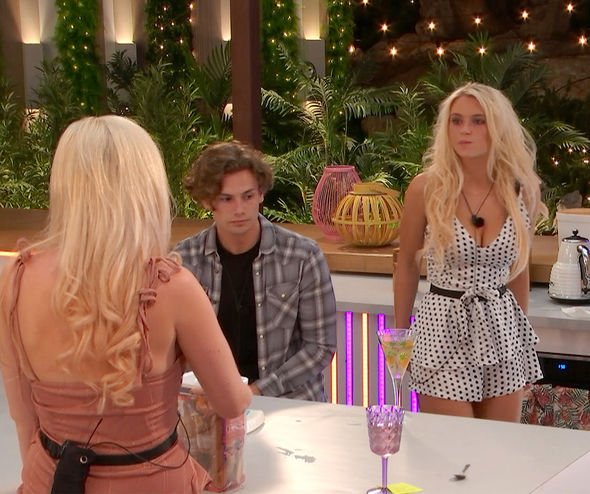 Later on, Amy brings up her issues with Curtis, and she is particularly concerned with their exclusive announcement.

She tells her “half-boyfriend”: “I’m annoyed that they stole our thunder and if they interrupt your ceremony of asking me to be your girlfriend…”

Curtis makes light of the situation, and tells her: “You need to stop being an attention-seeker, missy.”

Amy defends herself, insisting: “I’m not being an attention-seeker but it was our exciting thing.”

The professional dancer adds: “Maybe they’re doing it because they look up to us? Think of it like that rather than they’re copying you or stealing your limelight.” 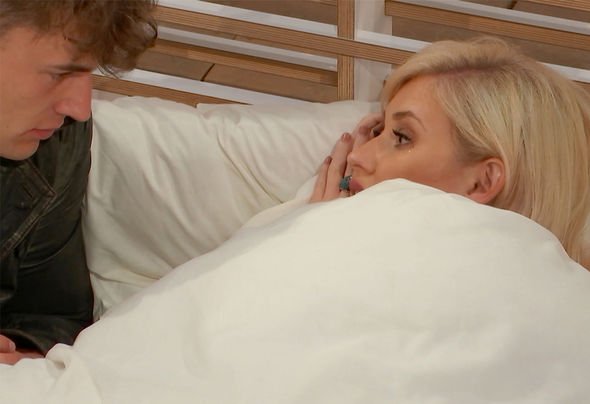 Amy goes on to explain how she thinks they’re moving too fast, to which Curtis tells her it’s “none of her business”.

It’s clear the conversation has upset Amy and she is visibly emotional at the thought she is pushing him away.

Amy confides in the Beach Hut: “Deflated is the word I feel like. Last night I was so excited and we had such a lovely evening. He doesn’t seem to understand why I am feeling the way I am feeling.”

Will the couple split up as they realise their differences are too polarising?