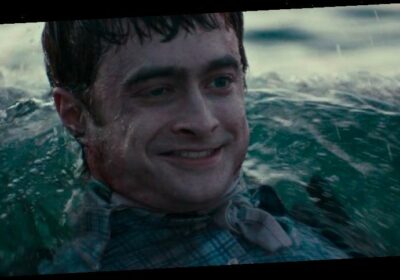 Lost City of D has found its villain: Daniel Radcliffe. The Harry Potter star joins leads Sandra Bullock and Channing Tatum in an adventure rom-com that’s being compared to Romancing the Stone. Patti Harrison and Da’Vine Joy Randolph are also part of the cast, with Adam and Aaron Nee directing a script from Dana Fox and Oren Uziel.

Deadline broke the news that Daniel Radcliffe has joined the Lost City of D cast as the film’s villain. While the title makes one think of the great, underseen film The Lost City of Z, this rom-com is aiming instead to make one wistful for the days of Romancing the Stone. The Lost City of D story follows “a reclusive romance novelist (Sandra Bullock) who was sure nothing could be worse than getting stuck on a book tour with her cover model (Channing Tatum) until a kidnapping attempt sweeps them both into a cutthroat jungle adventure, proving life can be so much stranger, and more romantic, than any of her paperback fictions.”

Like I said: this storyline is very similar to Romancing the Stone, the Robert Zemeckis movie about a romance novelist who ends up in the middle of a dangerous adventure in the jungle. The key difference is that Stone had the novelist working with, and falling for, a rogueish mercenary, whereas here the romance novelist is teaming-up with her cover model. Still, it’s so similar that I’m wondering if someone, somewhere, is going to end up taking this project to court for plagiarism.

In any case, it’s nice to see Radcliffe continue to take interesting, unconventional parts. He probably could’ve hunkered down into more generic leading man roles after Harry Potter, but instead, he’s leaned into quirkier things, like playing a farting corpse in Swiss Army Man and playing a gun with guns literally nailed into his hands in Guns Akimbo (side-note: Guns Akimbo is kind of a crappy movie, but Radcliffe really commits and gives it his all, and for that, I applaud him).

Adam and Aaron Nee, who directed the surprisingly fun modern-day take on Tom Sawyer and Huck Finn called Band of Robbers and who are attached to direct the Masters of the Universe reboot, are helming Lost City of D. They’re also working on a new production draft of the script with Dana Fox. The script is currently credited to Fox and Oren Uziel. In addition to starring, Bullock is also producing the pic.