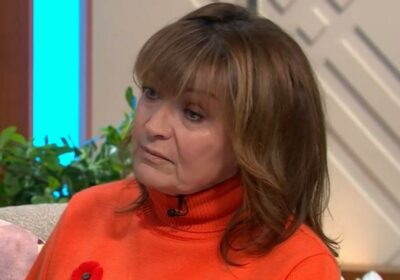 Lorraine Kelly seemed to take a subtle swipe at Prince Harry's latest projects when she said she wanted to 'move on with her life'.

They discussed the latest news that Prince Harry is reportedly battling to postpone his controversial new Netflix documentary with wife Meghan Markle until early next year.

The Duke of Sussex is now set to release his highly-anticipated new memoir Spare on January 10 after it was delayed, with publishers agreeing to postpone it to make last minute changes.

It is now believed the Duke wants to push his tell-all documentary back so the his book will coincide with it.

However, it appears Lorraine was keen to put it all behind her and move on from it all as she told her co-star she wanted to "move on".

Asking Ross King what he thought, he said: "Is it just me or do we not feel that… I just wish the book would come out and the documentary would come out, and we can then…"

But Lorraine cut him off before he finished and suggested: "Move on with our lives?", prompting them both to laugh.

Ross finished: "Finish that bit and get on with our lives, but yes!"

A TV source told The Sun: "Harry simply does not want it coming out before Christmas."

It is understood The Sussexes have been followed around by cameras during their public engagements as part of their giant TV deal, but some of it has reportedly been shot at their US home.

Speaking to Variety, Meghan said of the documentary: "It’s nice to be able to trust someone with our story — a seasoned director whose work I’ve long admired — even if it means it may not be the way we would have told it. But that’s not why we’re telling it. We’re trusting our story to someone else, and that means it will go through their lens."