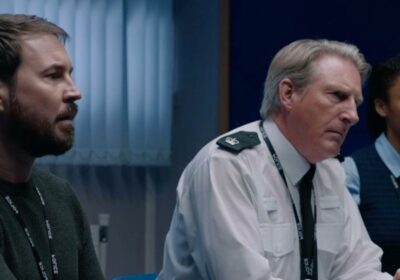 Line of Duty fans are convinced they’ve finally worked out H’s identity – and that a whopping great clue lies in an anagram spotted earlier this series.

The hit BBC police drama has gripped the nation, as fans have been desperate to work out who the elusive H is, led by crumbs of intentional clues left by show-runner Jed Mercurio.

In episode four of series six, the imprisoned OCG lawyer Jimmy Lakewell, played by Patrick Baladi, spoke to DS Steve Arnott, who was desperate for him to turn against his old crew to provide information to the cops.

Discussing the death of journalist Gail Vella, which has been the focus of this series, Lakewell told Arnott he should "look beyond the race claim to find H".

Fans flocked to social media to point out that "race claim" is very nearly an anagram of "Carmichael", minus one letter.

And in episode five of the series, Detective Chief Superintendent Patricia Carmichael (Anna Maxwell Martin) finally made a return to our screens.

Which has cemented the theory in many fans’ minds that she is the mastermind behind the "H" identity, and the leader of the OCG.

"The password to Gail Vella’s laptop is race claim. AC-12 will figure out the acronym (race claim + the letter H = Carmichael) and that’s how they find out she is H," one fan predicted.

Another eagle-eyed Twitter user wrote: "RACE CLAIM is an anagram of CARMICHAEL… with the exception of 1 missing letter: H."

Someone else said: "Lakewell, we’re all into twists and turns and mystery, but for the love of God, wouldn’t it have been easier and shorter to say ‘H is Carmichael!’"

But others are certain the anagram is merely one of many red herrings left by Jed to throw people off the scent.

Other viewers are sure that Superintendent Ted Hastings is actually the mysterious H, after both appeared to misspell "definitely".

As Jo Davidson chatted to a mysterious figure via an encrypted web chat service, clued-up fans spotted that the person on the other end spelled definitely with an A – though someone pointed out that at the time of Hastings’ own spelling mistake, he had merely been pretending to be H.

But it looks like we could be about to find out their true identity during the series six finale on Sunday, as the cast have implied that this series could be the last.

Martin Compston, who plays Arnott, has confirmed the cast are yet to be offered contracts for another series.

"We’ve always negotiated at one at a time. Right now, it could end and it could come back," he said.

Vicky McClure, who plays Kate Fleming, also chipped in to say: "You know, nothing lasts forever. It would be a massive shame when that day comes. It will be a really sad time."