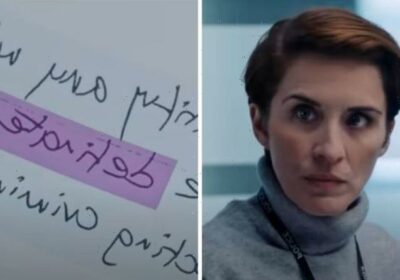 In the latest episode of BBC drama Line of Duty, Ryan Pilkington (played by Gregory Piper) was found dead by Superintendent Patricia Carmichael (Anna Maxwell Martin), Superintendent Ted Hastings (Adrian Dunbar) and DI Steve Arnott (Martin Compston). It is not 100 percent as to whether DI Kate Fleming (Vicky McClure) or DCI Joanne Davidson (Kelly MacDonald) shot him, but either way, they went on the run together. After finally being caught, both are taken into custody and after an intense interrogation, Joanne confessed to shooting Ryan. However, Carmichael is not convinced, and neither are Line of Duty fans.

Following the latest episode, Line of Duty bosses have kept fans guessing after releasing a trailer for the explosive final instalment.

The clip begins by showing a flashback of what has already taken place during the series so far, including the ambush Steve got caught up in, to Ryan trying to kill suspect Terry Boyle (Tommy Jessop).

Superintendent Hasting’s voice can be heard saying: “All of these suspicious deaths were orchestrated by one officer in particular.”

As the Gaffer pauses, it then cuts to the AC-12 team looking over a transcript with the word ‘definate’ spelt incorrectly. 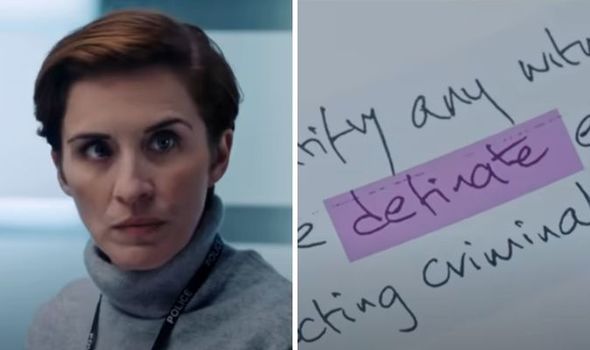 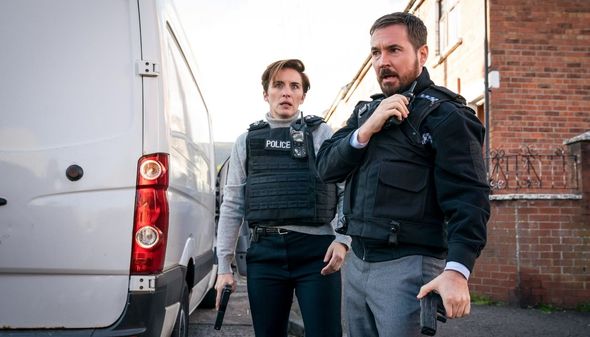 The camera then immediately cuts to Kate as Superintendent Hastings finishes his sentence: “H, the Fourth Man.”

The trailer concludes with Joanne being transported from custody with Kate, Steve and the Gaffer all on hand to transport her.

However, it’s clear things don’t quite go to plan as it appears another ambush takes place.

As all hell breaks loose, Steve can be heard shouting to someone: “Down, down.”

The clip finishes with Kate holding her gun up as she shouts: “Armed police.” 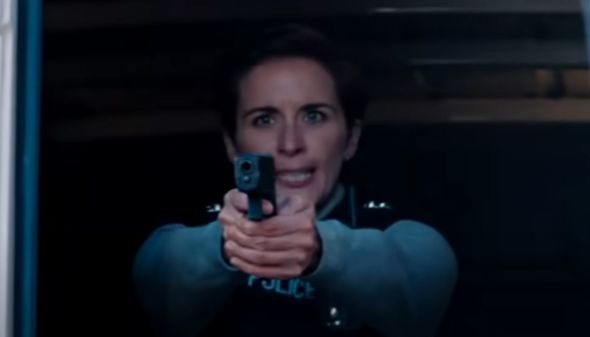 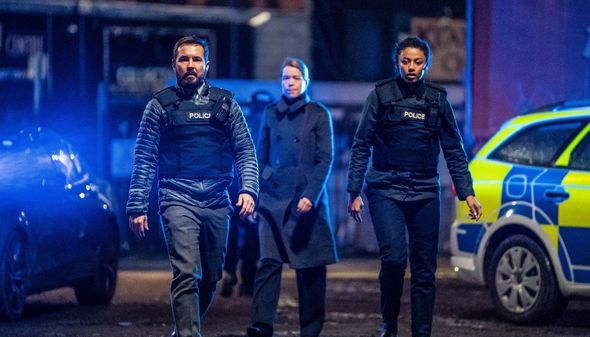 Fans were quick to respond to the clip on social media, with many coming up with the theory that Kate has been H all along.

The part of the clip in particular that has raised fans’ suspicions was the transcript with the incorrect spelling or ‘definate’. Some think the police report was written by Kate.

“I’m really worried this is Kates first account,” one tweeted.

A third added: “Looks like female handwriting to me.”

A fourth summarised: “I really hope I am wrong but in LOD Kate spelt definitely wrong (definately) in her text to Steve but so did Unknown user giving instructions to Jo Davidson on her laptop. I really don’t want H to be Kate!!”

Others have come up with other theories as to why Kate could be H.

One fan penned: “Kate is H. Akers tried to speak to her when she and Tommy got killed, sleeping with Aker’s husband, unknown background. Brought down Dot? Running away after killing Ryan why? Didn’t see the aftermath of the shooting or who had the second set of footprints coming out with Ryan!” (sic)

Another said: “Just putting it out there, but….could Kate be H?”

A fifth wrote: “When Hastings says ‘the 4th man’ we get flashes of all the H suspects …. and one of them is Kate.”

Others have come up with the theory that Carmichael and DC Chloe Bishop (Shalom Brune-Franklin) are part of the OCG.

Chloe then went on to shred the image of Osborne (Owen Teale) and as she turned around, Carmichael was staring straight at her through the glass window.

Chloe acknowledged the look with a half-smile, although, this rose suspicions with some viewers.

The final episode of season six will air on Sunday, but, who will be revealed as H?

Line of Duty airs on Sunday at 9pm on BBC One.