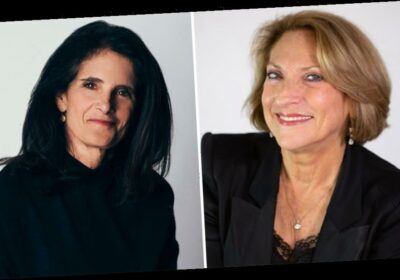 EXCLUSIVE: Emmy-nominated director-producer Lesli Linka Glatter (Homeland) has teamed with executive/Emmy-winning producer Cheryl Bloch (Northern Exposure) to launch Backyard Pictures. The new company will be based at Universal Television, a division of Universal Studio Group, with a first-look deal. Under the pact, Backyard Pictures will develop new television series spanning broadcast, cable and streaming. They already have multiple projects in the works.

Glatter and Bloch’s friendship dates back to the early days of the their Hollywood careers.

“As a first-time director and first-time producer, Lesli and I met 30 years ago on Steven Spielberg’s Amazing Stories on the Universal Backlot, and we are thrilled to be returning ‘home,’” said Bloch who comes from an editing background and was an associate producer on Amazing Stories. “Universal Television and its visionary team are an ideal fit for what Backyard Pictures aims to accomplish, as we come together with very extensive and insightful ways to tell stories.”

At the time she and Bloch first met, Glatter had just transitioned from a career in modern dance choreography and had only one directing credit, the short film Tales of Meeting and Partying which would get nominated for an Oscar. She got the job on Amazing Stories as a protege of Spielberg who gave a chance to new directors on his show. “Amazing Stories was my film school,” said Glatter. She and Bloch are now coming full circle with the overall deal at Universal Television, the studio behind Amazing Stories and the recent revival for Apple.

Glatter went on to direct for such groundbreaking series as Twin Peaks, Freaks and Geeks, ER, The West Wing and Mad Men. Erin Underhill, President of Universal Television, worked on ER as a junior network executive when she first joined NBC more than two decades ago.

“I’m thrilled to reunite with my friend and director extraordinaire Lesli Linka Glatter, whom I’ve known since our ER days,” said Underhill. “Lesli and her distinguished producing partner Cheryl Bloch are talent magnets and tireless champions of female and diverse storytellers. We can’t wait to dive in together and create quality shows that are entertaining and distinct, and emotionally resonate with today’s global audience.”

The name of Glatter and Bloch’s company, Backyard Pictures, stems from the place where it was conceived during the pandemic.

“The COVID pandemic has been such a difficult time for the world and our industry, but in complicated times, you have to focus on what’s essential and try to make it an opportunity to create something positive,” Glatter said. “Backyard Pictures started in Cheryl’s backyard and has become our opportunity.”

During that very first socially distanced meeting, Glatter and Bloch talked about their common desire to create a home for bold, unique, and diverse voices to tell stories with distinctive points of view, that are global in scope, juxtaposed with layered and compelling characters.

During the conversation, Glatter asked Bloch what IP she would like to tackle, and the veteran producer pulled out a book. Glatter took it home, read it in one seating and loved it. The two tracked down the rights, which were just  becoming available, and landed them in a competitive situation. The duo then sold the project to Apple.

The experience reaffirmed Glatter and Bloch’s decision to launch a company together and seek a studio home.

“It became clear to us that we are a great team, we love good material, and we should be doing this,” Glatter said. “It felt like the right fit.”

Glatter is coming off a seven-year run on Homeland as director/executive producer, which earned her multiple Emmy nominations. While she has gravitated towards darker, premium dramas over the past decade, “I want to tell all kinds of stories,” she said. That includes lighter fare/dramedies, a genre she has tackled multiple times, including directing the pilots of Gilmore Girls and Pretty Little Liars.

In March 2020, Glatter was packing to leave for a shoot across five countries on The Banker’s Wife, a new Amazon’s high-stakes international thriller series set in the world of global finance. The production shutdown came as she was about to get on a plane to Europe. Instead, Glatter, who serves as first Vice President of the DGA, spent six months on the Hollywood task force that came up with guidelines for a safe return to production that have held up well, even during the nationwide winter wave of Covid infections.

Glatter got to test them herself. While The Banker’s Wife had been grounded, she took a directing gig in town on Apple’s The Morning Show with the system of industry safety protocols in place.

Bloch  produced all seasons of Northern Exposure, garnering an Emmy and two Golden Globe Awards. She served as President of Brand/Falsey Productions and produced the Peabody Award-winning series I’ll Fly Away and A Year In The Life. She has served as SVP of Current Programming at Universal Television Studios, VP of Drama Development at Fox, where she shepherded the hit series 24, among others, President of Billy Crystal’s Jennilind Productions, and SVP of Television Development and Programming for WEtv. Most recently, she was a partner at Wonderthink Inc. with Richard LaGravanese and Tony Goldwyn, where they had a first-look deal at Lionsgate.