The 41-year-old is currently enjoying her annual holiday in the Caribbean with her partner Simon Cowell. 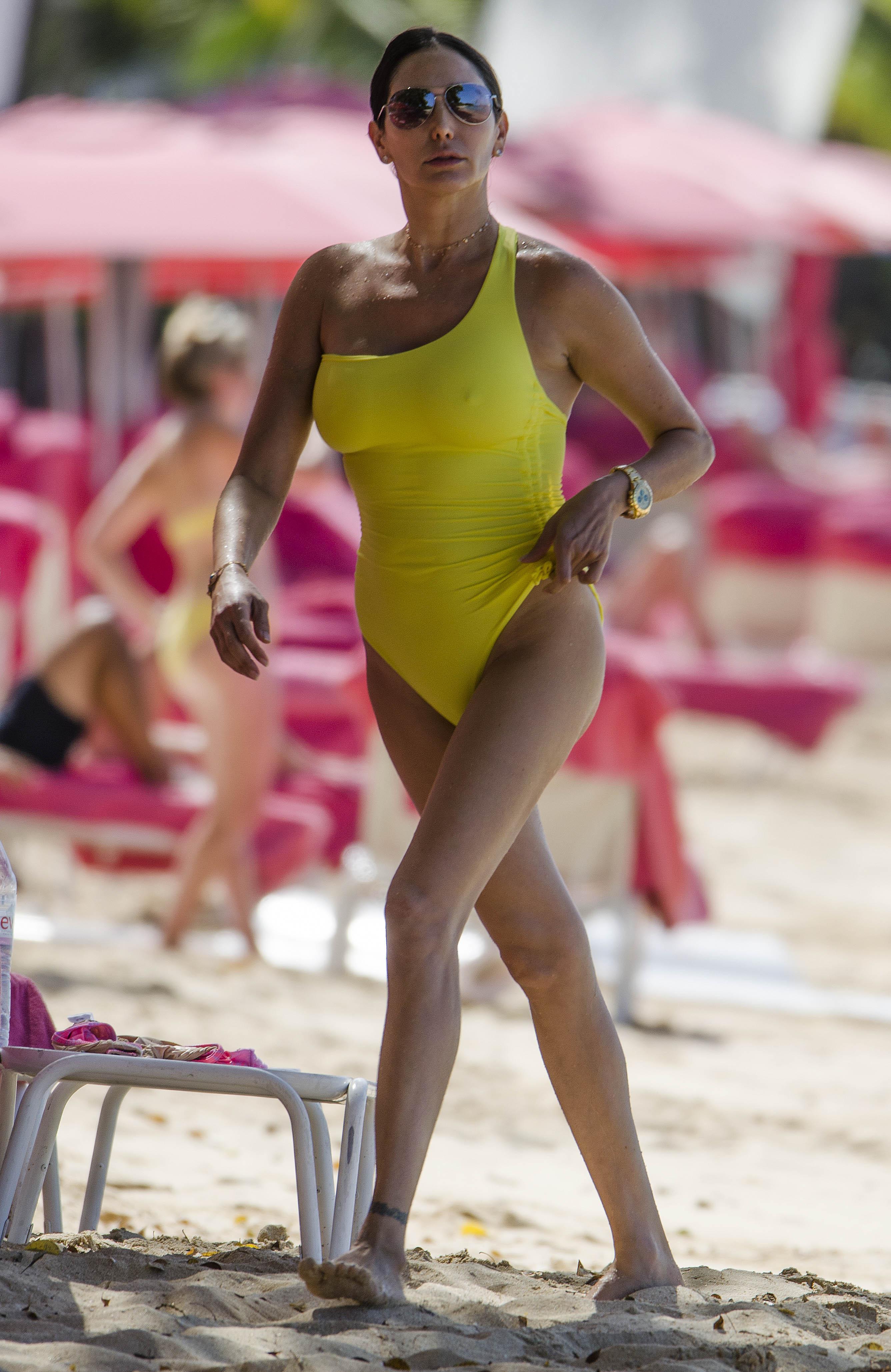 Enjoying the warm weather the mum-of-two frolicked on the beach with their four-year-old sun before taking a dip in the water.

Looking chic Lauren teamed the one shouldered cossie with a simple necklace and chunky gold watch.

Her dark hair was pulled off her neck in a chic low bun and she covered her eyes with a pair of large shades.

Simon, 59, didn’t join them for today’s jaunt but has been by their side throughout the rest of the holiday. 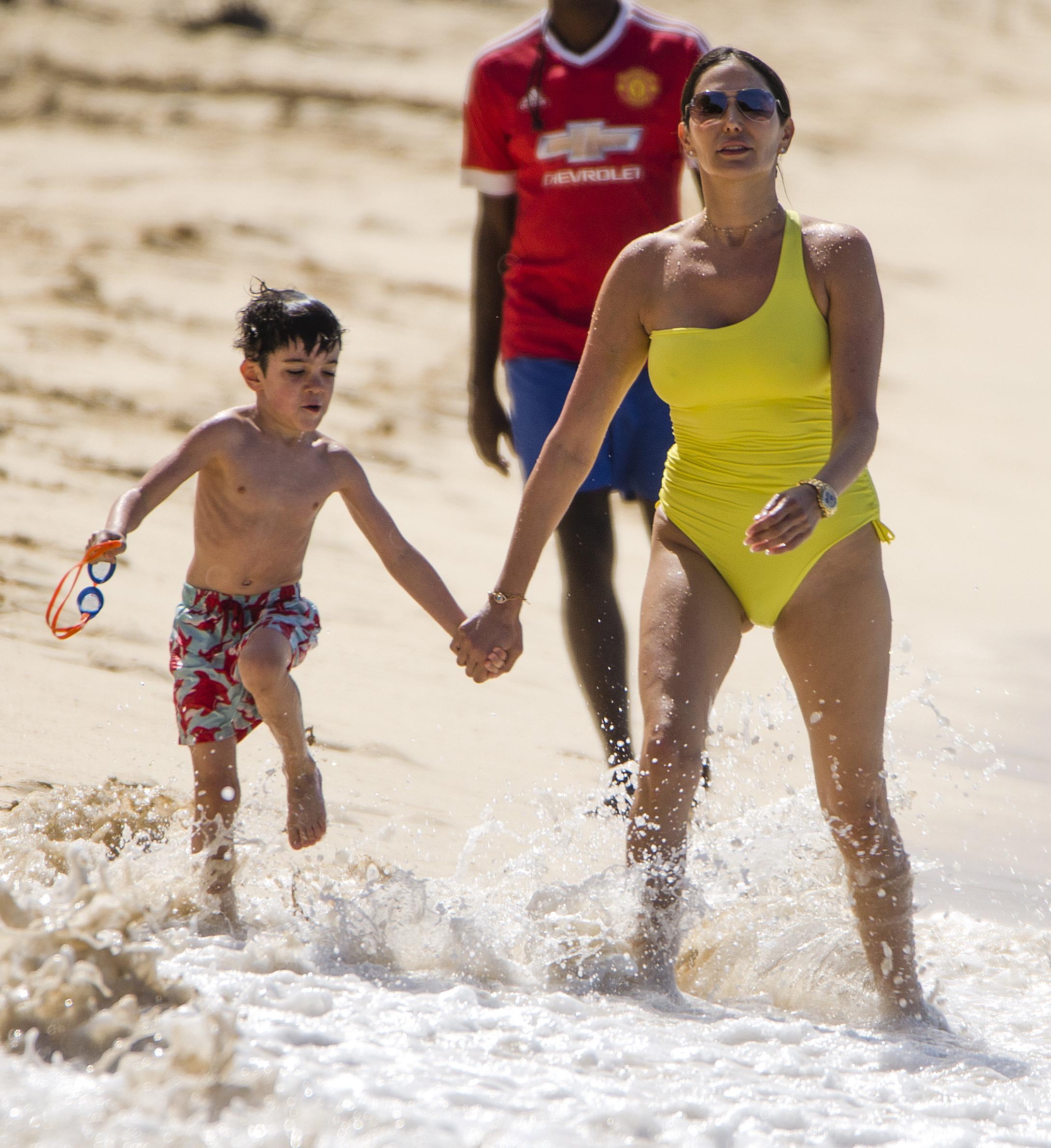 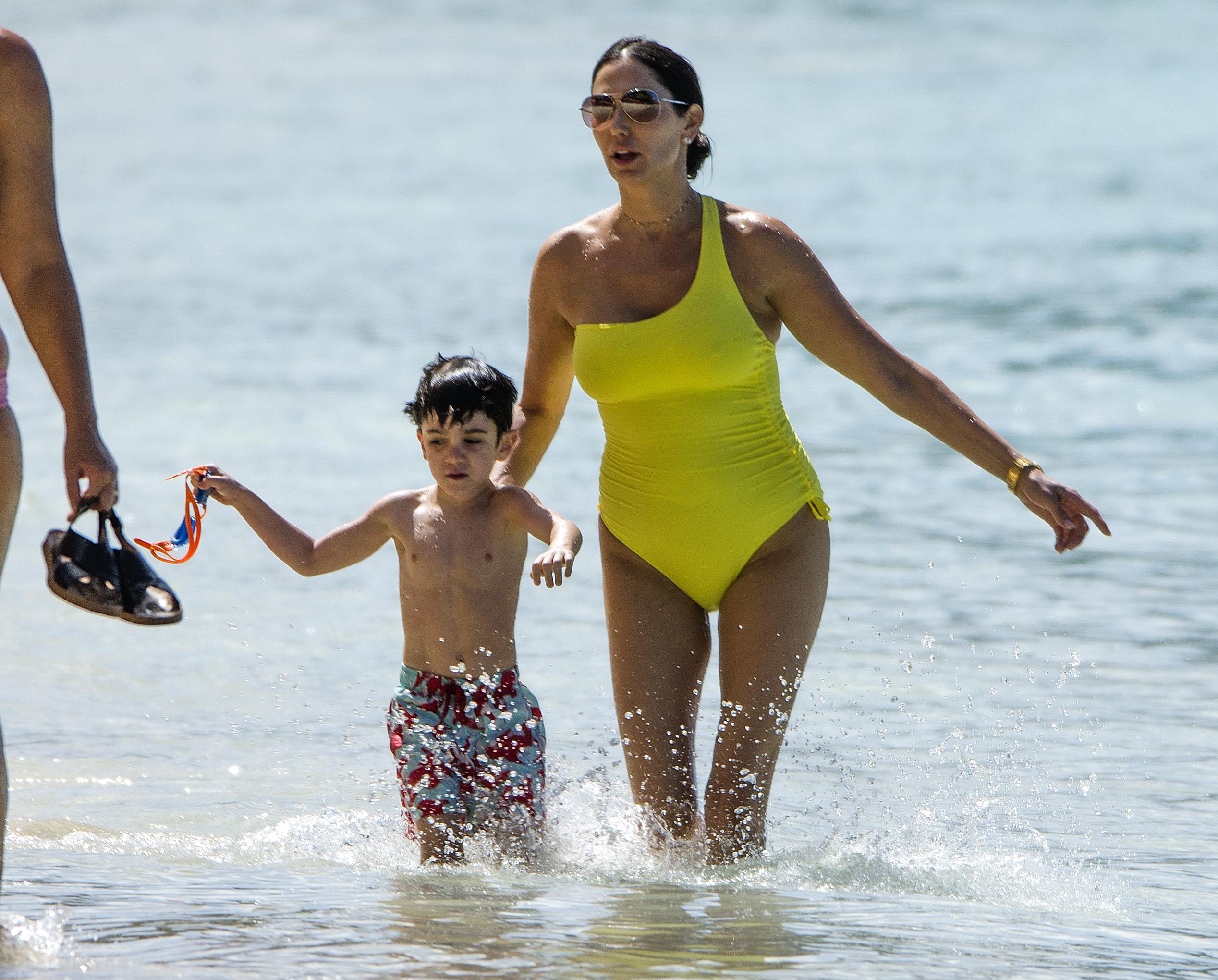 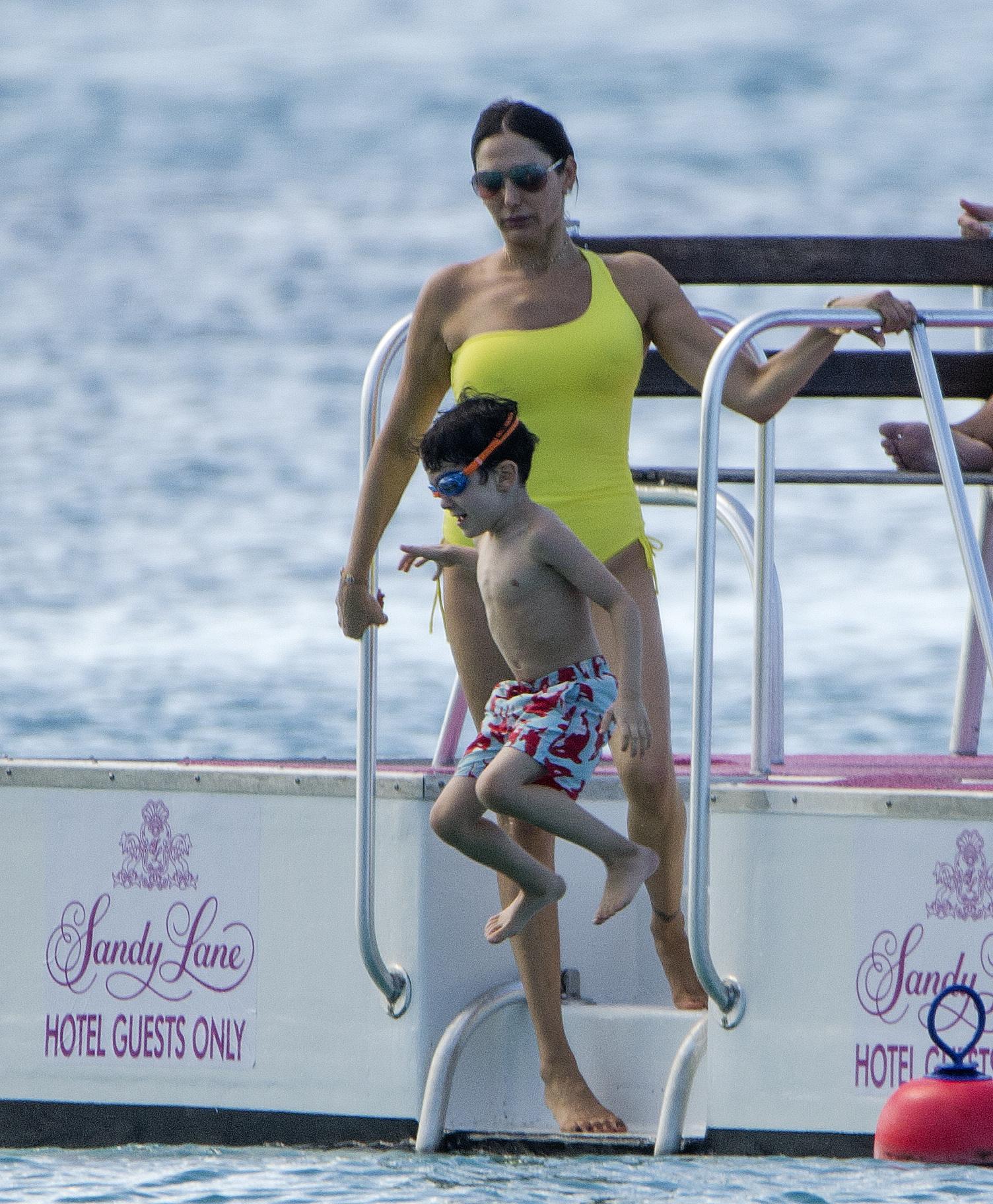 The Cowell trip to Barbados dates back years, with the star frolicking on yachts with exes including Sinitta, Jackie St Clair and Mezhgan Hussainy before he became a family man.

The music mogul has been dating Lauren – who has a son from a previous relationship – for six years.

The trip to the sun-drenched island took place earlier than usual, given that the shorter X Factor schedule this year.

Eric had a part in the ITV hit too this series, even taking to the stage to perform viral song sensation Baby Shark. 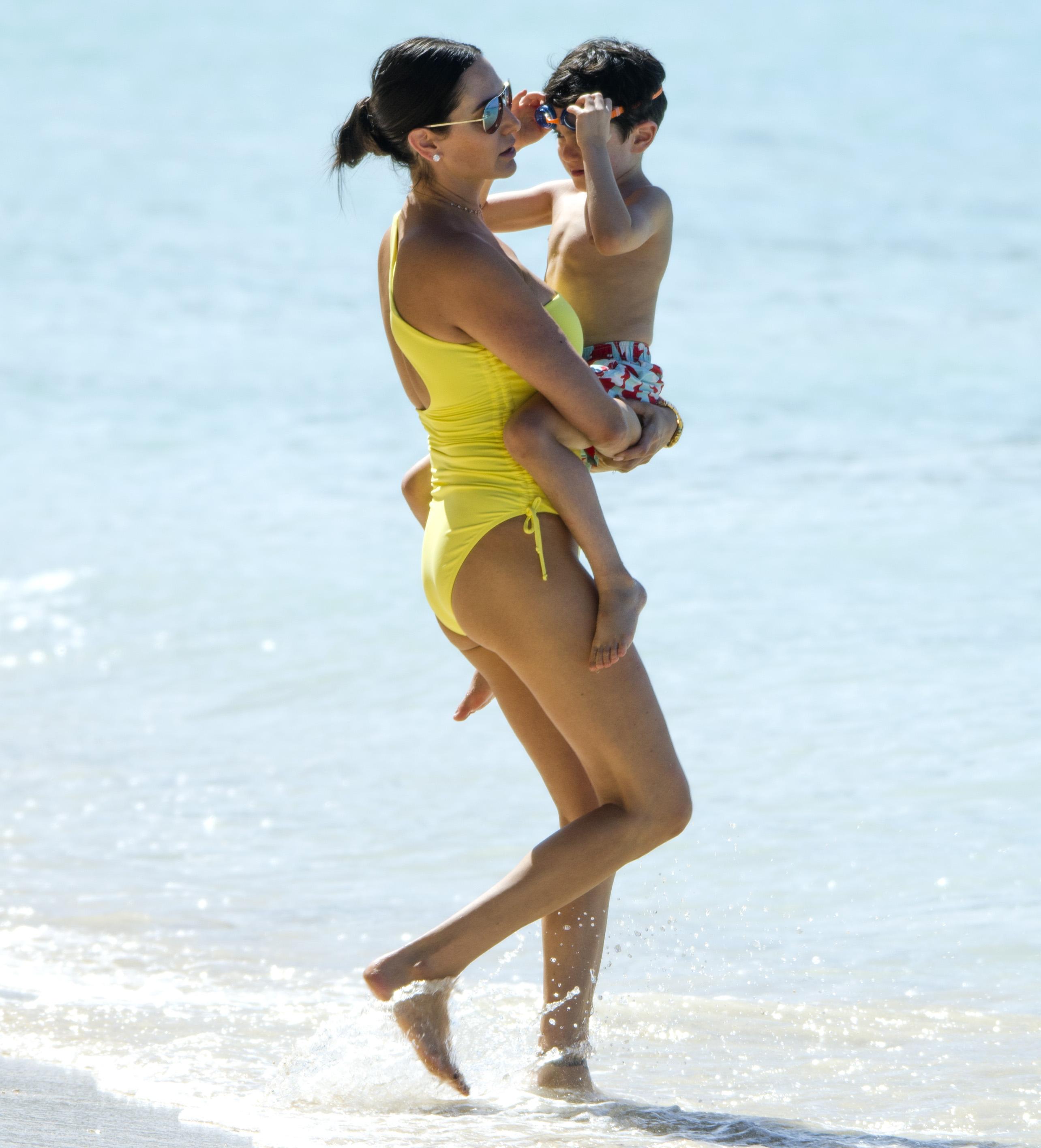 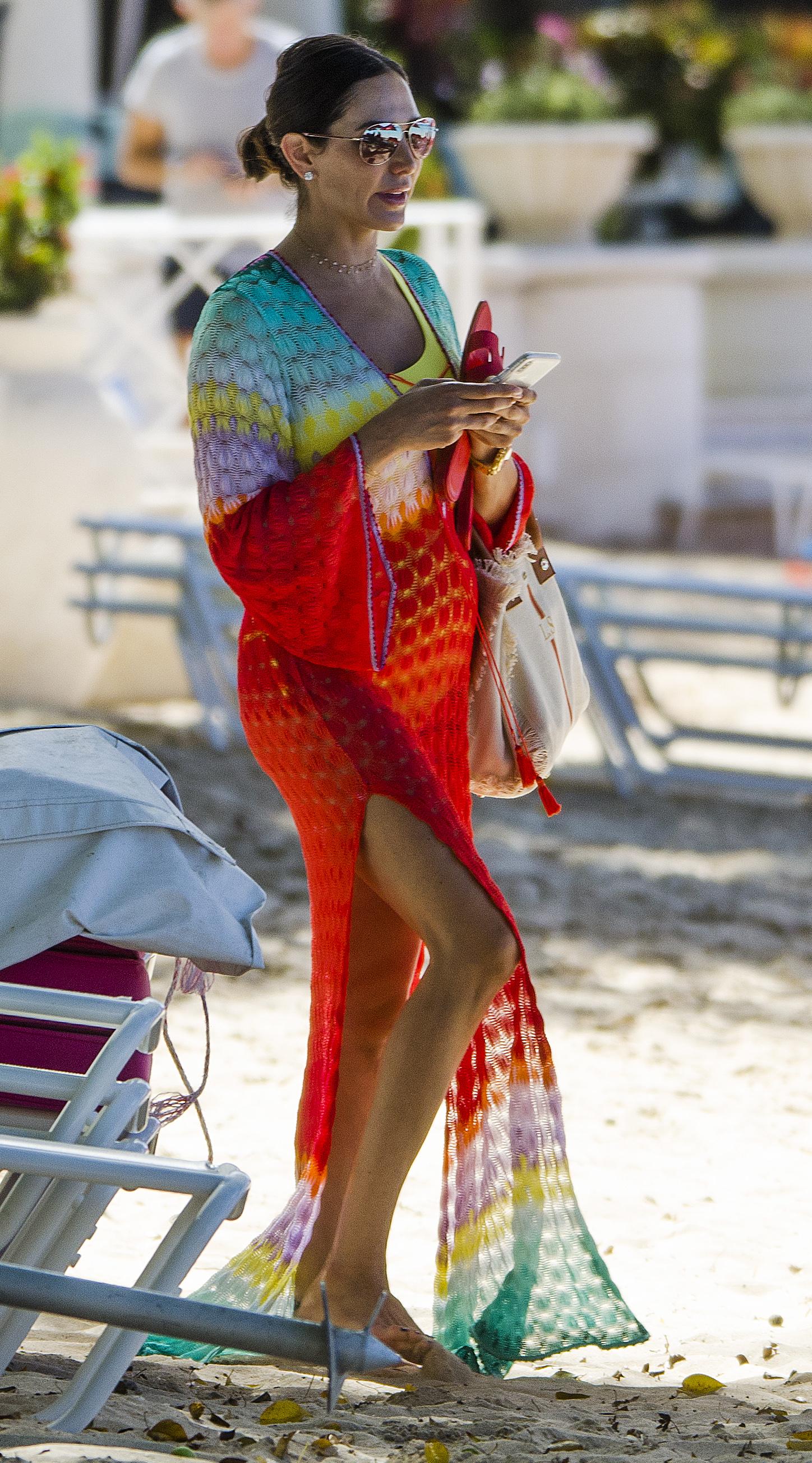 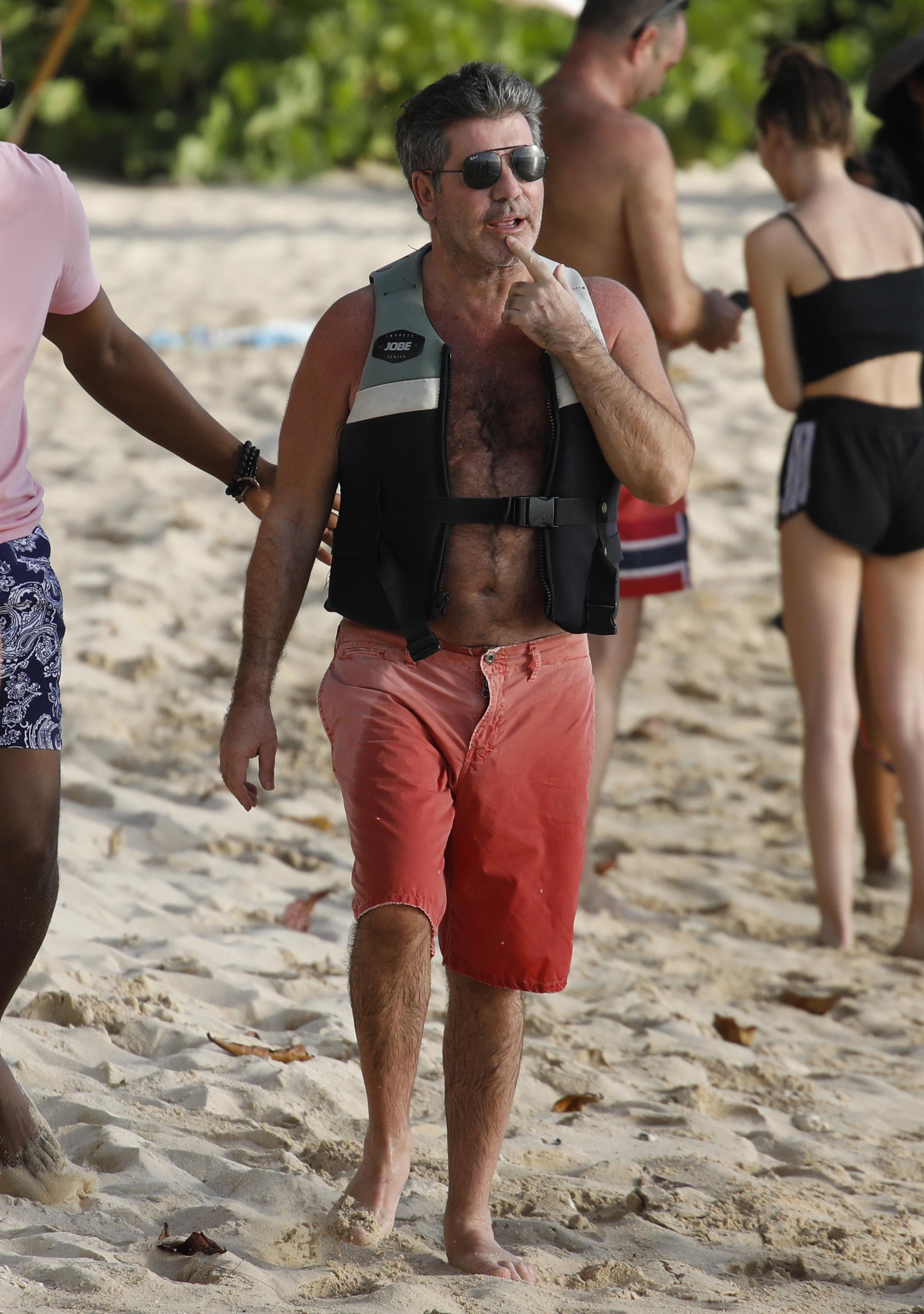 Meanwhile, Simon previously admitted that fatherhood has transformed his outlook on life.

The TV star conceded that becoming a dad has forced him to reassess his priorities.

Speaking earlier this month, Simon shared: "My life is very different since he came along.

"It was my 59th birthday last week and it started with me taking Eric out cycling, with him dressed as an alien. Then I bought him yoghurt, watched him play in his hamster wheel on the grass, we had a swim and I taught him how to ride a quad bike."

Despite the added responsibility of parenthood, Simon feels happier now than he has done for a long time.

He said: "Lauren was in New York seeing her son Adam, so I ended up getting sloshed with a friend of mine at Nobu in Malibu.

"And when I woke up the next day with a hangover, I thought about what a great day I'd had and how I do feel happier than I have done for a very long time."