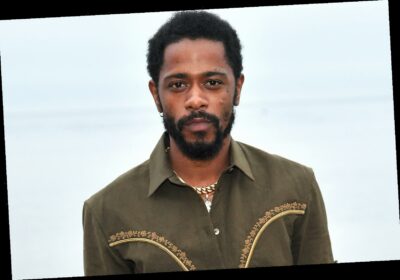 Lakeith Stanfield's Oscar nomination for Best Supporting Actor for his role in Judas and the Black Messiah puzzled many – including the actor!

Following the announcement on Monday that Stanfield, 29, was nominated in that category opposite his costar Daniel Kaluuya, the actor posted a message on Instagram, writing, "I'm confused too but f— it lmao."

He has since deleted the post and on Tuesday, he replaced it with another lighthearted reaction. "First time an actor with a face tattoo was nominated lmaooo," the post read. O'Neal, a teenager at the time, is reported to have poisoned 21-year-old Hampton to make him sleep through the deadly FBI raid that killed him. Stanfield previously discussed the emotional impact it had on him.

"In the scene where I had to poison him, a lot of it didn't end up making it to the final cut, but we shot [me mixing it in] Kool-Aid, and I had to go through all those emotions," Stanfield recalled in an interview with Level. "With somebody like Daniel, who I just respect as a human and an artist, as Fred Hampton, it felt like I was actually poisoning Chairman Fred Hampton."

That experience made him seek out therapy for the sake of future roles.

"So sometimes your body thinks that's real, everything you're putting it through. It's no wonder I've been feeling so stressed out and having panic attacks. I realized going forward before I step into something like that again, maybe have a therapist," Stanfield said.

In addition to Stanfield and Kaluuya's nominations for Judas and the Black Messiah the film scored nominations including Best Picture, Best Original Screenplay and Best Cinematography.

Judas and the Black Messiah is playing in select theaters now.