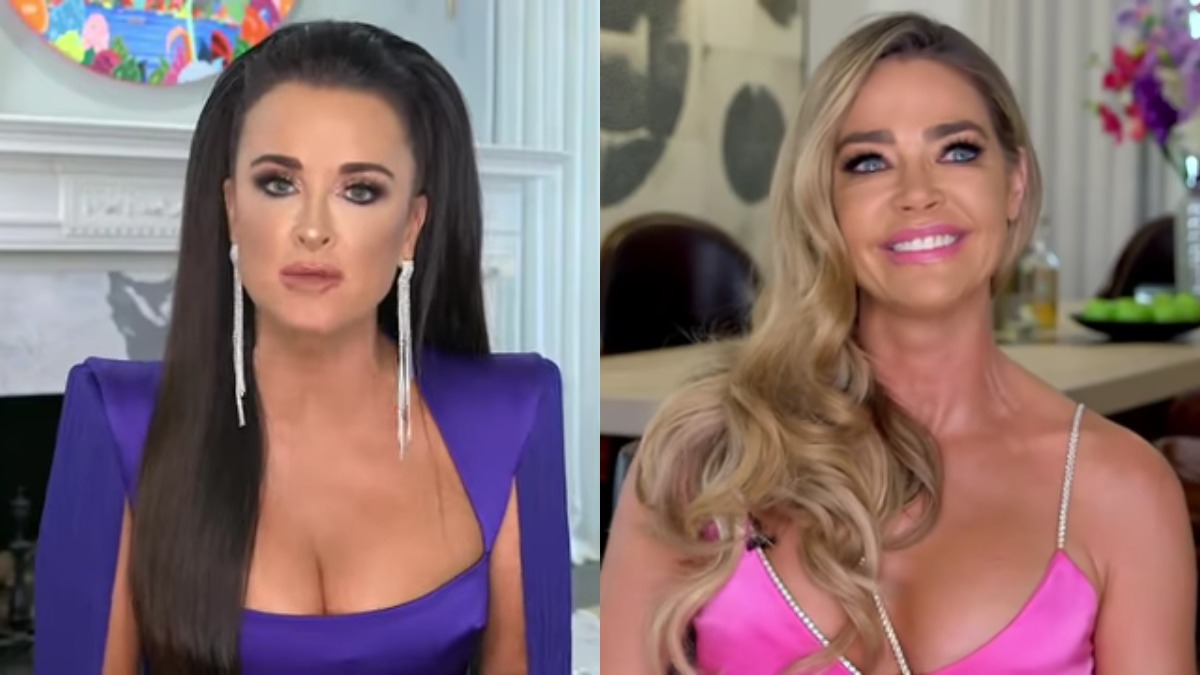 The Real Housewives of Beverly Hills star, Kyle Richards revealed she and her former costar, Denise Richards, have made up since the drama that went down between them during Season 10.

Kyle explained that she reached out to Denise to repair their friendship after Season 10 wrapped.

“I never like leaving things hanging and having, you know, loose ends like that. And I’ve texted with her since then and we’re good,” Kyle told Us Weekly.

While she was relieved to repair the friendship, she is sad that Denise won’t be returning for Season 11 and that they couldn’t redeem their friendship on camera.

“We’re in a good place, but I would have loved to come back and work through all that, but you know, it didn’t end up that way but we can work it out off camera,” she added.

During Season 10, Brandi Glanville revealed that she and Denise allegedly hooked up against Denise’s husband’s, Aaron Phypers’, wishes.

While Denise vehemently denied those claims, Kyle chose to believe Brandi over her.

The majority of the women, aside from newcomers Garcelle Beauvais and Sutton Stracke, ultimately ended up siding with Brandi, but it appeared that Kyle and her bestie, Teddi Mellencamp, led the charge.

Denise ultimately decided not to return for the next season after all of the drama from Season 10.

What Kyle regrets most about their falling out

Kyle claimed that she regretted calling Denise a “ragamuffin” during filming. She claimed she didn’t regret the term, but rather the tone of her voice.

“I said it in a not nice tone, that’s what I regret,” she explained. “But the word, honestly, my mom used to always, you know, call me a little ragamuffin. It wasn’t like a horrible word, you know what I mean? It was just that night that I was, like, having a meltdown and I just didn’t like the tone. It didn’t feel like myself.”

The RHOBH OG claimed that Season 10 was one of her least favorites to film.

Not only did she feel bad about the drama that went down between her and Denise, but she was also very overwhelmed with her fashion line and filming Halloween. She ultimately felt like she could’ve handled everything better than she had.

“I felt exhausted. I looked exhausted, and I hated everything that was going on with the drama with women,” she said of the season. “It was just too much. So, I’m happy to, like, start fresh.”

The Real Housewives of Beverly Hills is currently on hiatus.