Kris Jenner and her kids recently announced that Keeping Up With the Kardashians would be ending in 2021. According to a new report, Jenner decided to pull the plug when some of her children threatened to quit. But, after 14 years and 20 seasons, not everyone wanted to walk away from the reality show that made them household names. 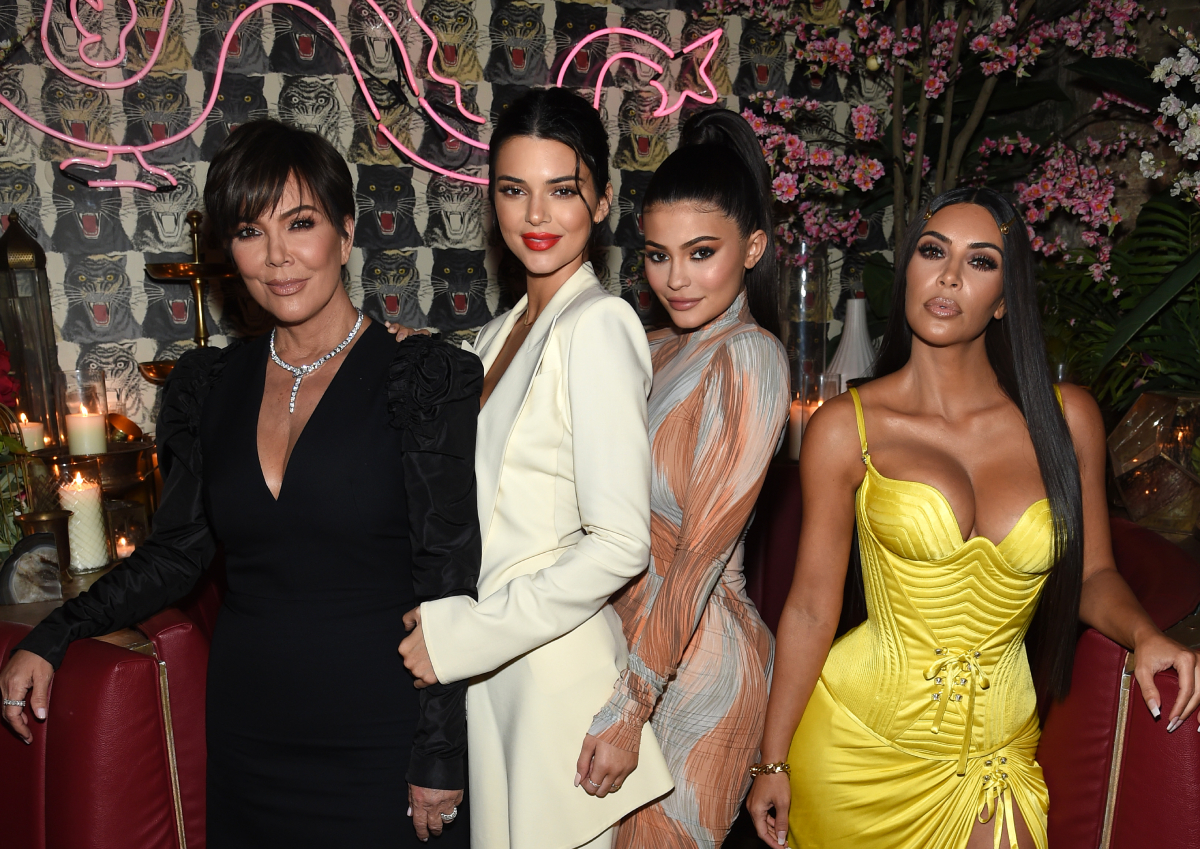 Kourtney Kardashian is not happy with Kendall Jenner

The family started to unravel — even more than usual — with an appearance on late-night TV. Back in December 2019, Kendall Jenner appeared on The Late Late Show with James Corden. During a segment titled “Spill Your Guts or Fill Your Guts,” Cordon asked her to rank her siblings based on their parenting abilities, from best to worst.

Kendall’s response was that Rob Kardashian was the best. She then named Khloe, Kim, Kylie, and Kourtney.

According to Yahoo! Life, Kourtney and Kendall recently appeared on the Sibling Revelry podcast with Kate and Oliver Hudson. Kourtney admitted that Kendall naming her as the worst parent among her siblings made her unhappy.

Kourtney said that Kendall told her about what she had done at a party afterward. She says her little sister told her it was a joke, and she didn’t mean it. However, Kendall remembers it differently. She says her strategy was to name Rob first, and then throw at her sister’s names.

“I swear to God Kourtney happened to be the last one,” Kendall said.

People Magazine reports that Kris recently showed up on On Air with Ryan Seacrest. She gave details about the end of Keeping Up With the Kardashians, and revealed Khloe was taking it the hardest. She says that Khloe “hasn’t stopped crying” since their announcement.

“We had to tell the crew yesterday, so we were all crying, but I think Khloé,” the 64-year-old momager said. “Khloé is the one who is taking it the hardest. “She’s been so sweet and emotional about it. But there is so much more life yet to live and we’re going to have the best time doing what we do.”

I am so grateful and thankful to everyone who has supported us and been there through it all. I’m too emotional to fully express myself at the moment. My sappy post will come soon. Change is hard but also needed at times❤️?❤️? I love you all. Thank you for the memories!

An insider recently told The Sun that it was Kris’ decision to end Keeping Up With the Kardashians. She was apparently forced to pull the plug when Kim, Kendall, and Kylie threatened to quit.

However, Khloe and Kourtney’s ex Scott Disick are reportedly “devastated” by the cancellation. The insider says that the family had been locked in an ongoing debate over the future of the show for months.

To our amazing fans – It is with heavy hearts that we’ve made the difficult decision as a family to say goodbye to Keeping Up with the Kardashians. After what will be 14 years, 20 seasons, hundreds of episodes and numerous spin-off shows, we are beyond grateful to all of you who’ve watched us for all of these years – through the good times, the bad times, the happiness, the tears, and the many relationships and children. We’ll forever cherish the wonderful memories and countless people we’ve met along the way. Thank you to the thousands of individuals and businesses that have been a part of this experience and, most importantly, a very special thank you to Ryan Seacrest for believing in us, E! for being our partner, and our production team at Bunim/Murray, who’ve spent countless hours documenting our lives. Our last season will air early next year in 2021. We are so beyond grateful to everyone who has watched and supported our family these past 14 incredible years. We will be forever in debt to everyone who played a role in shaping our careers and changing our lives forever. Thank you for joining us on this crazy ride!! We love you all. Kris x

“Kim has all the drama with Kanye West going on – he’s refusing to put anything personal on the show, and it’s increasingly difficult for Kim to find time to film the show,” the source says.

They also noted that Kylie is making billions through her make-up line and product endorsements, so she doesn’t need the show. And, Kendall has never been very comfortable with fame and being in the spotlight.

The final season of Keeping Up With the Kardashians will air in 2021 on E!.