‘Knew how to manipulate people’ Jimmy Savile was on police radar for years, says solicitor 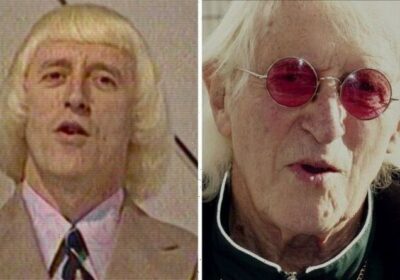 Jimmy Savile was one of the United Kingdom’s most beloved TV personalities. Shortly after he died in 2011, an investigation prompted more than 450 horrific allegations of sexual assault and abuse. However, a new Netflix documentary titled Jimmy Savile: A British Horror Story delves into how he managed to fool an entire nation for decades.

In a new interview with Express.co.uk, abuse lawyer Alan Collins, who has represented several of Savile’s victims, discussed his thoughts on the TV personality.

He explained the Jim’ll Fix It star was able to manipulate a lot of being for his own advantage, including the police force.

“But this doesn’t excuse the fact that there were individuals, you know, police or whoever, who had Savile on their radar way back in the 1960s.”

He continued: “It doesn’t excuse the fact that he got away with it for so long and that’s a separate issue, to the fact that he was very adept at getting to the very top [as a celebrity] and staying there on his terms.

“He knew organisations and individuals were using him for commercial reasons or charity and he used that to his advantage.”

Jimmy Savile was adored by many people including Margaret Thatcher and the Royal Family.

The Top of the Pops presenter was also praised for raising millions for charity.

Thatcher even wrote letters to Queen Elizabeth II pleading with the monarch to give Savile a knighthood.

However, his victims never got the justice they deserved because Savile died before he could face the consequences of his actions.

Speaking about why he believes Savile got away with his crimes for so long, Alan claimed it was a combination of factors.

“Sexual abuse has always been a crime but the way we deal with it now is different to the way it was dealt with in the 60s, 70s and 80s,” the lawyer said.

He went on to add: “What we would say is unacceptable sexist behaviour [now] would have been seen as normal in the 60s and 70s.

“There was a blur of what was acceptable and what wasn’t acceptable.

“You’ve then got the way things are approached by the police, it is very different in 2022 and back then Savile ingratiating himself, including the police.

“The police used him in their crime campaigns.”

Alan explained that at the time it was a difficult situation for victims and survivors over whether their claims would have been believed.

“Victims and survivors… knowing what to do or who to complain to is difficult enough in 2022,” he admitted.

Jimmy Savile: A British Horror Story is available to watch on Netflix.