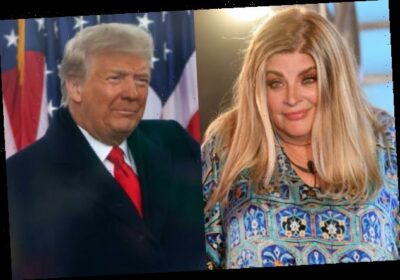 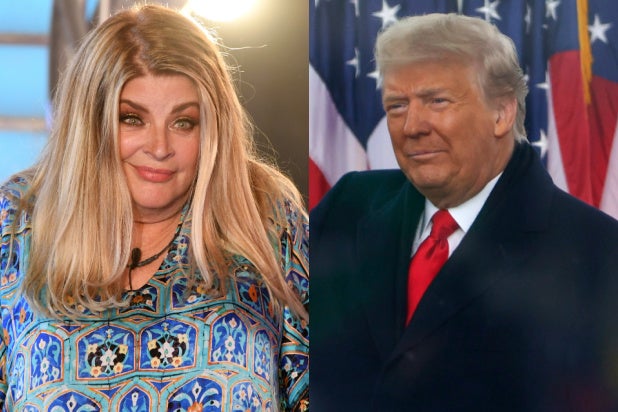 Kirstie Alley has condemned Twitter’s decision to ban President Donald Trump from the platform Friday, comparing the suspension to “slavery.”

On Saturday, the “Cheers” and “Veronica’s Closet” alum shared a tweet containing a statement made by American Civil Liberties Union lawyer Kate Ruane regarding the permanent suspension of Trump’s @realDonaldTrump account, in which she says “it should concern everyone when companies like Facebook and Twitter wield the unchecked power to remove people from platforms that have become indispensable for the speech of billions.”

“ALL people should be concerned is the KEY here,” Alley wrote in her own tweet. “It’s true, the average person will no longer have a platform to speak their views. This is called SLAVERY. This censorship proves BIG TECH now holds the keys to the chains.”

The actress, who has continuously voiced support for Trump in the past, went on to draw comparisons between MAGA supporters’ attack on the Capitol Wednesday — which was spurred by Trump’s own remarks of encouragement — and the resurgence of Black Lives Matter protests last summer.

“Remember this? Remember all the fires, killing, terrorizing, destruction and yes, at FEDERAL buildings?” Alley tweeted. “It was HIDEOUS & ILLEGAL.Remember how these criminals got FUNDED & bailed out? NO ONE WAS OUSTED FROM PLATFORMS including politicos who ENDORSED the VIOLENCE. Remember?”

In a subsequent tweet later Saturday morning, Alley called the siege on the Capitol “a treasonous criminal terrifying act” and said “those people should be prosecuted to the full extent of the law.”

“I do not condone VIOLENCE, TREASON, CRIMINAL ACTS OR DESTRUCTION OF LIFE AND PROPERTY. This should suffice as my stance on Jan. 6th”

On Friday, Twitter said it banned Trump due to the “the risk of further incitement of violence.” The social media platform said two of Trump’s tweets on Friday violated their glorification of violence policy and pointed to “plans for future armed protests have already begun proliferating on and off-Twitter,” including another proposed attack on the U.S. Capitol and other state capitol buildings on Jan. 17.

See Alley’s Saturday tweets regarding Twitter’s suspension of Trump and the Capitol riot below.