Kim Fox family tree: Who is the EastEnders character related to? Kim Fox left Albert Square last summer in 2019 after actress Tameka Empson decided to take a break from EastEnders. Her character took on a new job in Scotland and she had to leave her family in Walford behind. As Kim is expected to return to the popular BBC soap, Express.co.uk has everything you need to know about her family.

Who is Kim Fox related to?

Kim Fox is the outgoing half-sister of Denise Fox (played by Diane Parish), who has just regained custody of her son Raymond and is struggling to form a relationship with him.

A new photo has suggested Kim will make a surprise return from Scotland, and in a photo from the BBC, she is kitted out from head to toe in tartan.

Little does Kim know she has missed out on a lot regarding her sister Denise, including the fact she is now living with her son whom she gave up for adoption.

Actress Empson announced her return to the series back in July 2020 and fans of her character are looking forward to her rebuilding a relationship with Denise.

Kim also has two nieces – Chelsea (Tiana Benjamin) and Libby (Belinda Owusu), who both made their first appearance on the soap back in 2006. 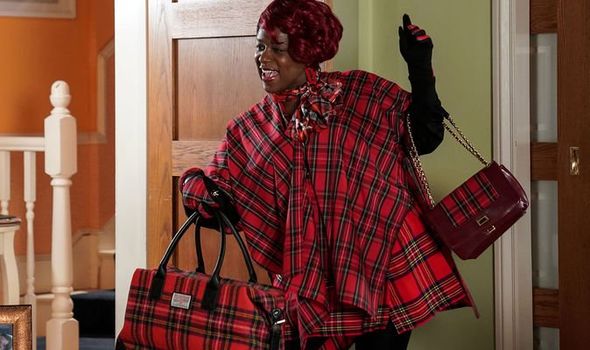 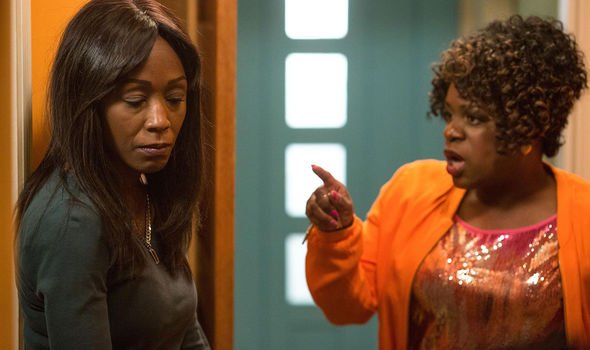 After she left the series she appeared via webcam in some episodes, speaking to her family from Scotland.

Kim is known for her big personality, but she can be very vulnerable on the inside and she is very protective when it comes to her family.

Her mother is Emerald Fox (Doña Croll), who appeared in a handful of episodes. She also has another half-sister called Daphne Fox (Emi Wokoma), who attended Denise’s funeral when she was presumed dead.

She later gave birth to a daughter called Pearl, a child she had with her husband Vince Hubbard (Richard Blackwood). The pair also have a son called Mica, and Phil Mitchell (Steve McFadden) helped deliver the baby.

Kim also has a nephew, Raymond Dawkins, who is the son of Denise and Phil and he was born in 2017 following a one-night-stand. 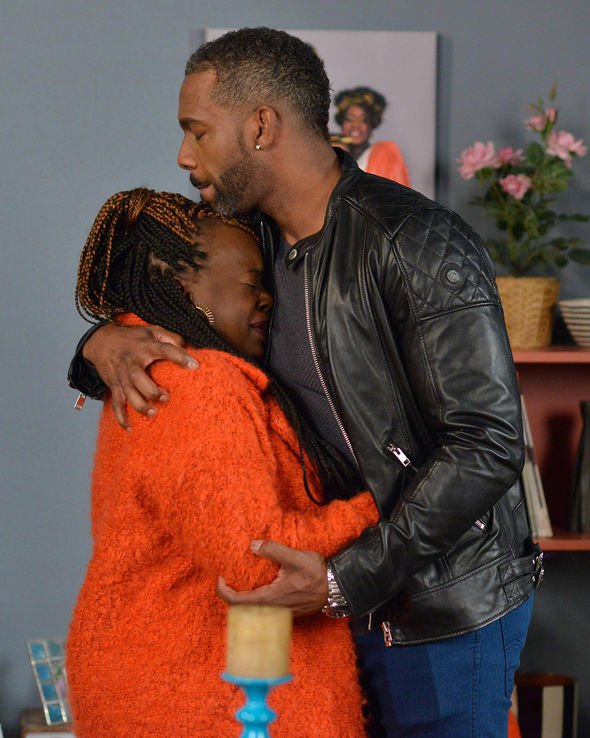 Fans will be interested to know if Kim is in a new relationship as she believed Vincent had left her following a run-in with Phil.

Her character offered some comedic relief in the soap, and she was nominated for Best Comedy Performance at the British Soap Awards back in 2011.

A short spin-off mockumentary called The B&B aired back in 2012, and it focused on Kim running her own hotel.

When fans heard Kim would be making a comeback in the November 16 episode, they could not contain their excitement.

One viewer said on Twitter: “She’s definitely enjoyed time in Scotland by the looks of things.” While another fan called it “the return we desperately need”. 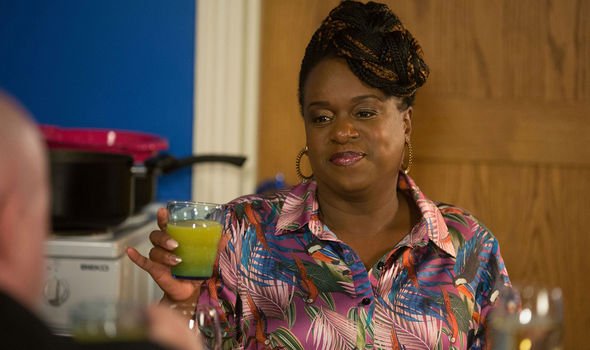 Fans will be interested to see how Kim reacts to the news about Denise’s son, and they will look forward to seeing how she fits in after a year away.

One viewer said: “The fact that Kim is returning to Eastenders has made my day.” Another fan said: “So excited for @Tameka_Empson return to EastEnders! Kim’s my fave character.”

The star spoke to Loose Women back in July 2020, alongside her co-star Parish, and they discussed some of their characters’ best storylines.

They had both filmed for a special series called Secrets From The Square, and Empson said she just wanted to hug her colleagues. She said: “You realise just how much you have missed each other.”

Revealing the reason why she had been away from the soap for a year she said: “Well, what can I say? I’ve been contributing to the human race.

“I had a baby boy. Nothing prepares you for it, at one stage I’m with my daughter who is six and does homeschooling, and then you’ve got a newborn and you’ve just got to watch everything. I’m made of the good stuff, I have come through it okay.”

She said the secret birth of her son had not meant to be a deliberate secret, but she wanted to just enjoy the time as a family with him.

Fans will be delighted to see her return as Kim, with one saying on Twitter: “So Kim will be back in Eastenders in a week good cause the show needs her energy [sic].”

Eastenders airs on BBC One