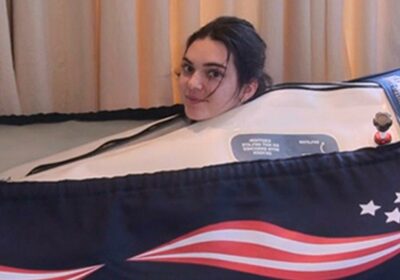 KENDALL Jenner has taken fans inside her “health and wellness” room at her massive $9M mansion.

The reality star has a whole host of clinical-grade gadgetry including a $79K TheraLight bed to keep her feeling her best. 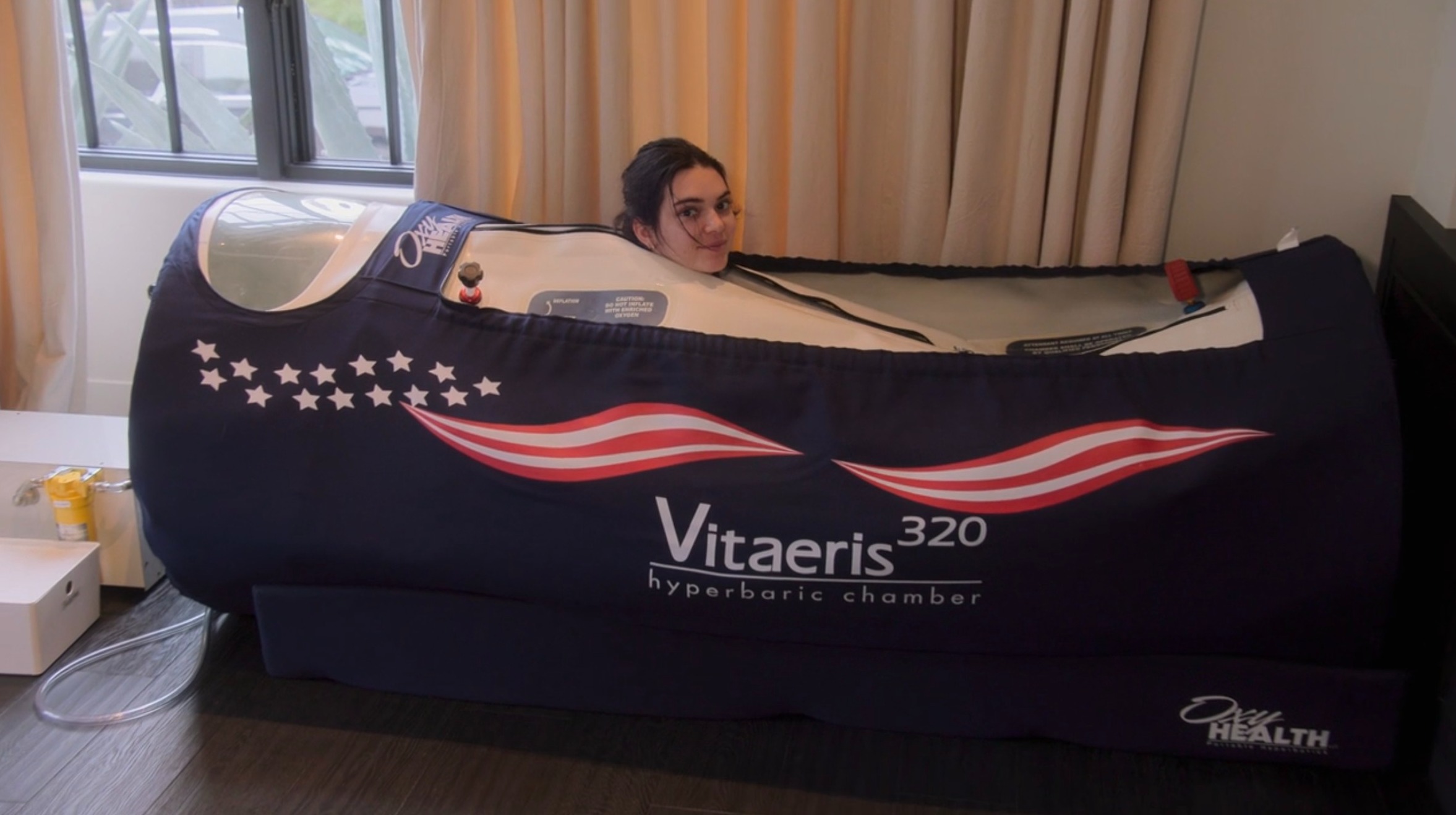 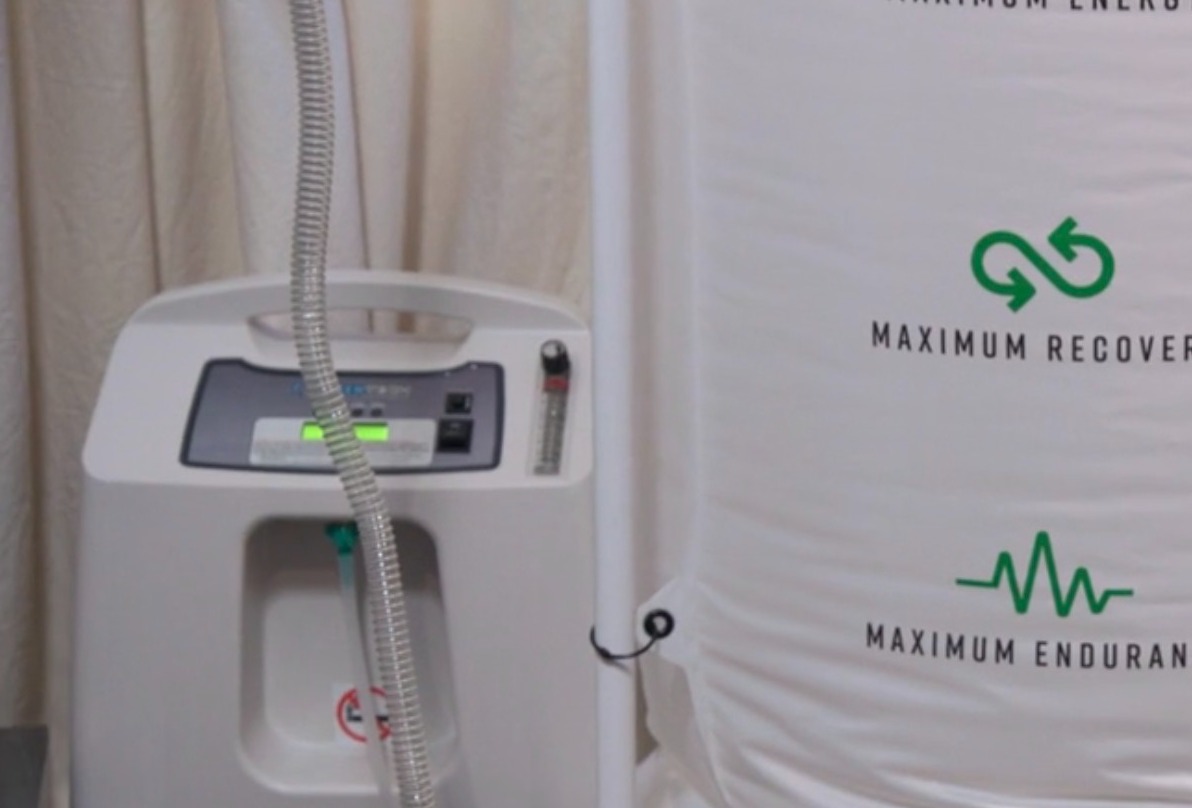 On the finale episode of The Kardashians, 26-year-old Kendall showed off the assortment of wellbeing-focussed machines that she keeps at her Los Angeles home.

At first, the cameras showed a hyperbaric oxygen chamber worth $8,495, from which the model then emerged looking refreshed.

“I have this room in my house that’s all these crazy gadgets and gizmos – massive machines that I get into” she explained in a confessional.

Referring to the oxygen chamber, Kendall said: “I usually stay in there for an hour or more, so I was answering emails, then I was watching a Netflix show.”

She then showed off a red light therapy bed worth a whopping $79k, which claims to improve the skin, increase energy and reduce body aches and pains.

The futuristic-looking machine is more commonly seen in professional clinics, but Kendall decided she had room for one at home.

The camera also showed another device, worth $4,679, which provides Exercise With Oxygen Therapy, also known as EWOT.

The gizmo delivers 93% pure oxygen which the user can breathe in via a mask while working out on a stationary bike.

In a confessional, Kendall continued to open up about her wellness fascination.

“For the past couple of years I’ve been loving health,” she began.

‘It’s become an obsession. I am a major hypochondriac, I think of everything, it’s always doomsday, all my friends make fun of me.”

Although the Hulu star loves taking care of her body, she finds her keen interest a little “embarrassing”.

Kendall admitted: “I think I’m obsessed to the point where it could become unhealthy, ironically enough.”

This wasn’t the first time Kendall had shared her enthusiasm for health with the Hulu viewers.

An earlier episode saw her and her friend Hailey Bieber, 25, receiving an IV cocktail of minerals and vitamins while in Miami, Florida.

Kendall also relies on exercise and diet to deliver the healthy life she enjoys.

The 818 Tequila boss is a fan of pilates and ab work, and snacks on raw veggies and hummus. 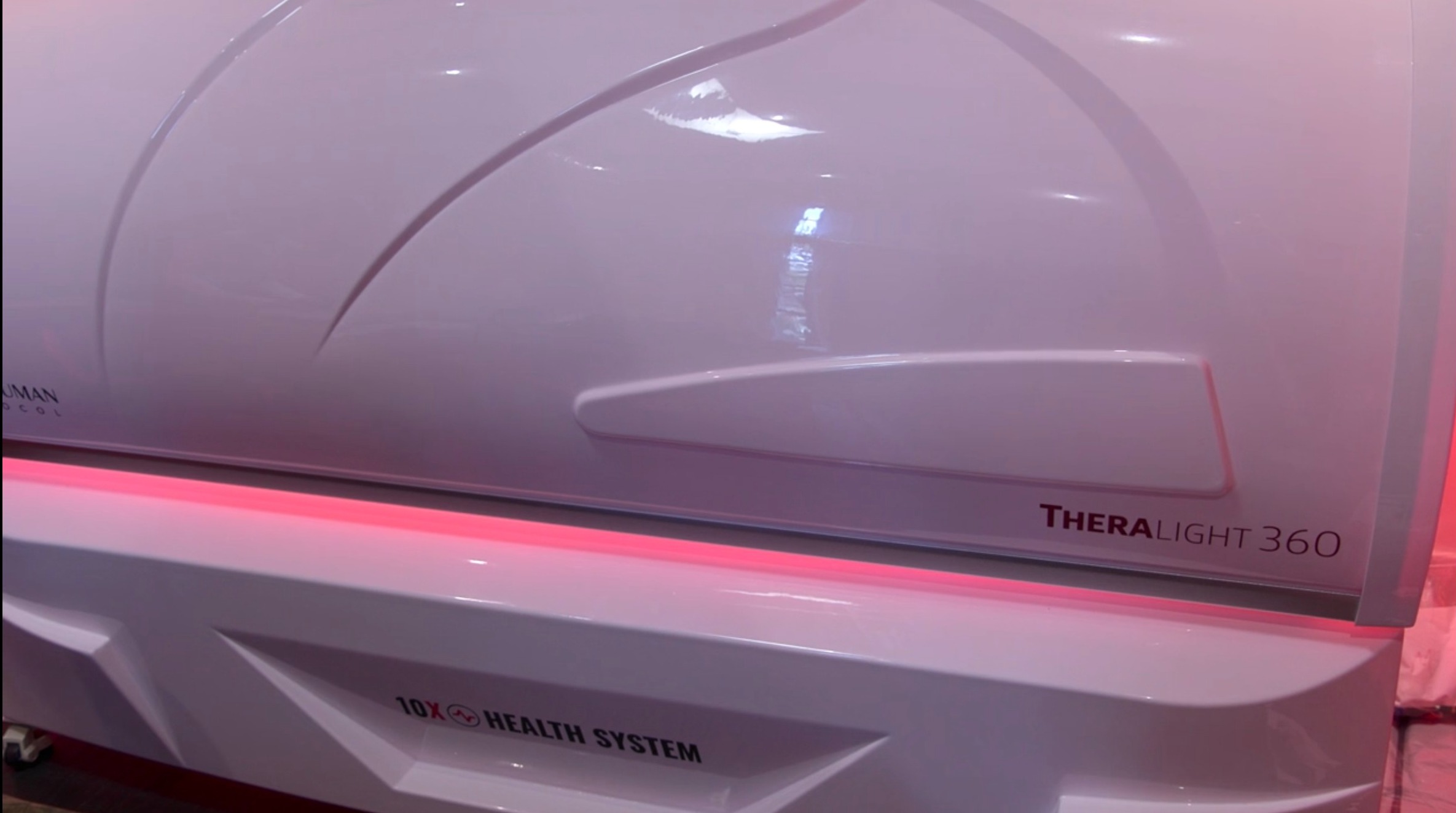 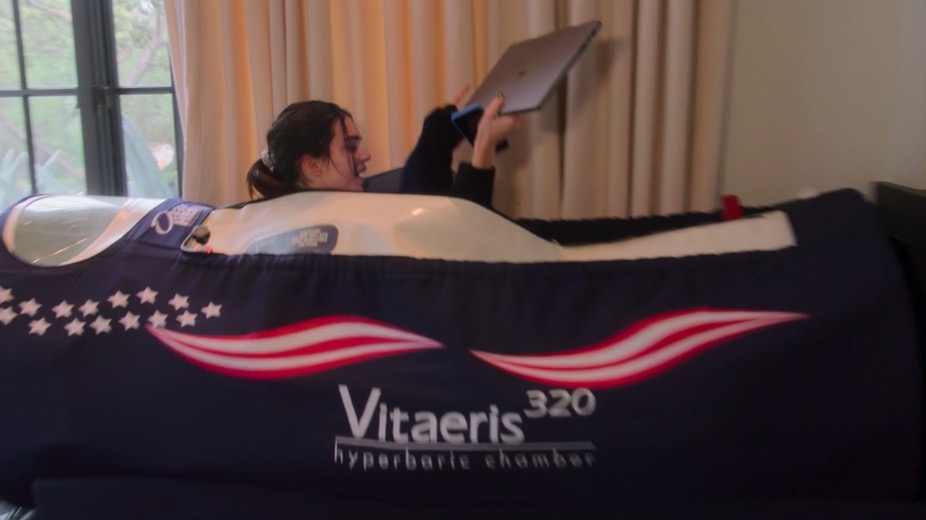 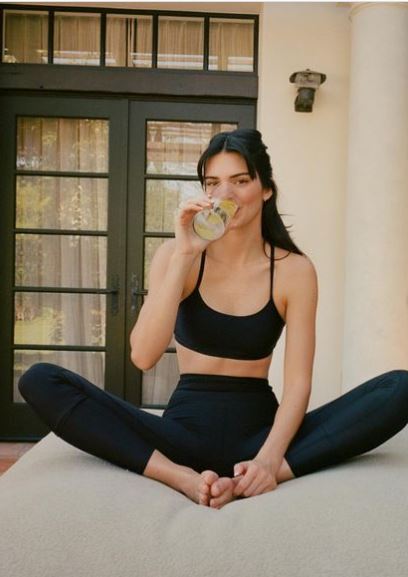