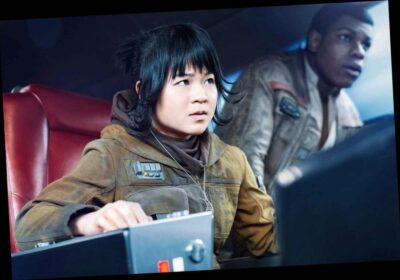 Kelly Marie Tran is moving forward with her career by becoming the next great Disney princess as the lead voice in “Raya and the Last Dragon,” but she did spend time in a recent THR interview reflecting on her turbulent experience in the “Star Wars” franchise. The actress debuted as Rose Tico in “Star Wars: The Last Jedi,” but toxic fans harassed her online with sexist and racist comments. Tran was the first woman of color to have a leading role in a “Star Wars” movie. While Tran reprised Rose in “Star Wars: The Rise of Skywalker,” her screen time was all but nonexistent. Tran scrubbed her social media accounts clean because of the “Star Wars” harassment, and she now describes the entire ordeal as if she “fell in love very publicly and then very publicly had an embarrassingly horrible breakup.”

“If someone doesn’t understand me or my experience, it shouldn’t be my place to have to internalize their misogyny or racism or all of the above,” Tran said of the online bullying. “Maybe they just don’t have the imagination to understand that there are different types of people living in the world.”

The focus on Tran’s harassment exploded after she was spotted deleting her Instagram posts (the comment sections were filled with racist and sexist posts), but she told THR, “What’s interesting to me about working in this industry is that certain things become so public, even if you don’t really mean them to be, [like] the succession of events in which I left the internet for my own sanity. It was basically me being like, ‘Oh, this isn’t good for my mental health. I’m obviously going to leave this.’”

Tran also turned down several projects in between the end of her time on “Star Wars” and signing on to voice the title character in “Raya and the Last Dragon.”

“It felt like I was just hearing the voice of my agents and my publicity team and all of these people telling me what to say and what to do and how to feel,” Tran said. “I realized, I didn’t know how I felt anymore. And I didn’t remember why I was in this in the first place.”

Tran continued, “Any time that happens, I have to close up shop and go away for a while and really interact in the real world — read books and journal and go on hikes and look at a tree and remind myself that there was a fire that burned inside of me before ‘Star Wars,’ before any of this. And I needed to find that again.”

In an interview with IndieWire’s Kate Erbland, Tran summarized her new mindset when it comes to summing up her “Star Wars” experience: “I think there’s always good and bad things about an experience. But the thing that I want to keep with me is that looking for the good is the most important thing.”

“Raya and the Last Dragon” will hit select theaters and streaming via Disney+ Premier Access on Friday, March 5.