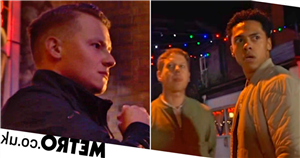 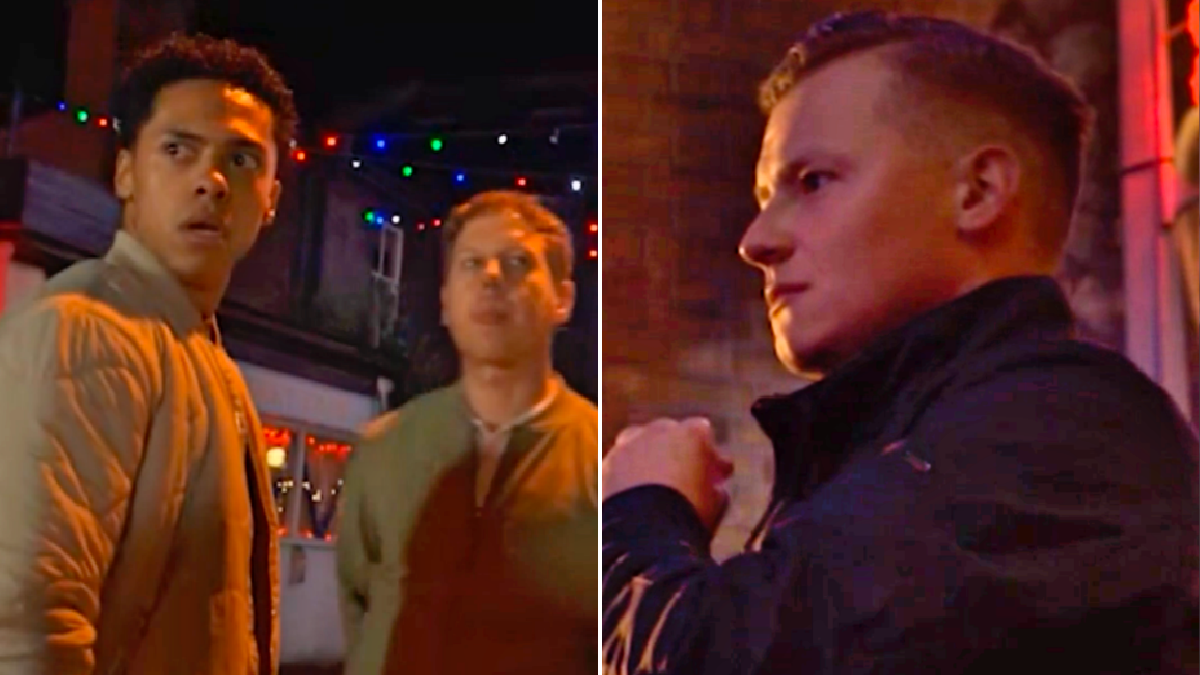 It was confirmed several weeks ago that Aaron is part of a far-right gang that assaulted a taxi driver in a hate-crime attack.

His dad Harvey (Ross Boatman) berated him for getting involved, reminding him that the people he associates with are far-right.

Aaron promised to change his ways, but it soon became clear that he had no intention of doing so, and Thursday’s (December 2) edition of the BBC One soap saw him show his true nature once more.

Having heard from Lola Pearce (Danielle Harold) about the school’s decision to cancel the nativity due to work missed during the pandemic, Tiffany Butcher (Maisie Smith) offered to sign a petition.

Aaron, however, insisted that the school’s actions had nothing to do with Covid, claiming that the ‘lefties’ and ‘snowflakes’ are intent diluting Christmas.

Keegan overheard the conversation, and reiterated that missed school work is the only reason for the nativity’s cancellation, before berating Tiffany for listening to Aaron’s vile claims.

Aaron suggested that Tiffany post a message to all her followers, asking them for assistance in making a difference with the nativity. Tiffany did just that, but Aaron took things a step further, reposting her photo on his own account, but with a few alterations.

‘Why have you put flags on my face?’, asked Tiff, confused by his social media post. Aaron claimed it was to get the ‘football boys’ involved, but it was clear that he had ulterior motives.

Tiffany didn’t think anything of it, Lola, however, was not pleased, as she arrived in The Queen Vic with Isaac Baptiste (Stevie Basula), branding her pal a ‘Kardashian conspiracy’.

Stunned, Tiffany defended herself, saying she was just trying to help, but Lola explained that her social media post was coming across like.

Isaac added his thoughts, telling Tiff that her post could be ‘taken the wrong way by the wrong people’, while Lola berated her some more, telling her she should ‘know better’.

Soon enough, the Vic was crowded with a bunch of Aaron’s friends, who wasted little time in insulting both Isaac and Keegan, before pouring beer at their feet.

Mick Carter (Danny Dyer), appalled by their behaviour, wasted little time in kicking them out of the boozer. Keegan berated Tiffany once more, telling her that she’s ‘better than this’, and ‘better than’ Aaron, before he left the Vic.

Keegan was then in huge danger, as he was cornered by the group of men from the pub, with Neil (Thomas Coombes) getting in his face and making racist comments.

A car pulled up nearby, and more thugs emerged from the vehicle – with weapons in hand. Keegan was subsequently assaulted, as ring-leader Aaron watched on, smiling.

Will Keegan be okay?

EastEnders continues Friday December 3 at 8:05pm on BBC One.