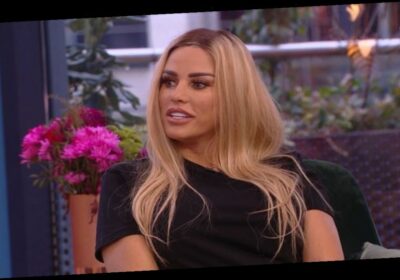 Katie Price is on the cusp of being snapped up by bosses of Channel 4 show Steph's Packed Lunch.

Daily Star can reveal that Pricey, 42, is in the final stages of talks to become a regular roving reporter on the show.

Katie, who was met with widespread praise for her BBC documentary Harvey and Me, will be bringing attention to real-life issues on the Steph McGovern series.

A source told Daily Star: "Katie went down a storm with bosses during her appearance on the show last month and producers are looking to make her a regular on the show.

"Meetings are ongoing but after the success of her BBC documentary Harvey and Me, she's keen to show there's more to her than her glamour model past.

"She will be covering a string of serious issues that are close to her heart – almost in a roving reporter style position."

Daily Star understands that the current plan is for Katie to contribute to the show on an every-other-week basis.

Katie recently revealed she is also set to make another documentary with her son Harvey.

Speaking on her YouTube page, the mum-of-five was filmed talking to Harvey about making part two, which would follow him moving to a special residential college.

Harvey is set to move into the college in September but is currently living in his own house to help the transition in leaving Katie's full-time care.

Katie said: "I've got this house for Harvey.

"A three-bedroom house for what he needs and for all of his stuff.

"I've been doing it up for him before he goes to residential to get him used to the transition.

"And yes he's already made some holes in the walls and stuff. I keep plastering and trying to stay on top of everything to make it a nice home for him."

In January Katie appeared on Packed Lunch to promote her BBC documentary.

Joined by her boyfriend Carl Woods, Katie spoke frankly about the heartbreaking fear she has that Harvey won't be able to cope without her.

Admitting she sometimes hopes he passes away before her, Katie said: "I know that's harsh to say but I know a lot of people in my situation would feel the same.

"Obviously I don't want him to go but he so relies on me in every way and our communication.

"If I'd gone he wouldn't understand where I'd gone."

She added: "Sometimes I wish that he would go before me because he wouldn't be able to cope if I wasn't there."