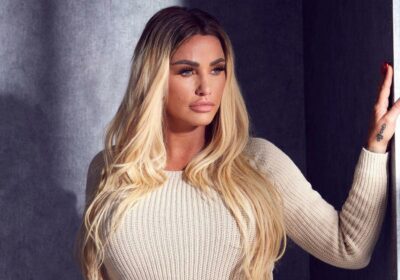 Katie Price is set to star in a brand new documentary soon, detailing the past trauma that she has endured throughout her life.

The 44-year-old former glamour model will explore her struggle with trauma and PTSD in the new documentary, which will air on Channel 4 next week.

The documentary was originally due to air on September 8, however, it was announced that Queen Elizabeth II had sadly passed away on the same date, with broadcasters scrambling to change TV schedules to honour the monarch.

But when will the documentary air and what did Katie Price say about the show being postponed? Here's everything you need to know:

When will Katie Price: Trauma and Me air?

The mum-of-five's latest documentary will air on October 10 at 10pm on Channel 4.

The new date was released by the broadcaster on October 3, with the 44-year-old taking to Instagram to share the news.

Ms Price said: “Trauma and Me will air on World Mental Health Day (October 10) on @channel4 at 10pm – thank you for all your support.”

Her celebrity friends and loyal fans were quick to show their support for the former glamour model, who has had a turbulent past few years to say the least.

What did Katie Price say about her documentary being postponed?

The initial release date for the mum-of-fives documentary was postponed due to the Queen's death on September 8.

She said: "My film on @channel4 this evening is being moved to a later date due to the Queen's illness. My thoughts and prayers are with the Royal Family at this time."

At the time of Katie's announcement, a new date had not been confirmed by Channel 4.

What is Katie Price: Trauma and Me about?

In Trauma and Me, the former glamour model will explore her turbulent past experiences, including when she was nearly sent to prison for a car crash near her Sussex home.

Despite pleading guilty to drink driving, driving whilst disqualified and driving without insurance, the then-43-year-old was handed a 16-week prison sentence, suspended for 12 months by District Judge Amanda Kelly at Crawley Magistrates' Court in December 2021.

Katie’s mum, Amy Price, also speaks emotionally throughout the documentary about her worries for her daughter alongside her stepdad, Paul, who speaks for the first time about his concern for the TV personality.