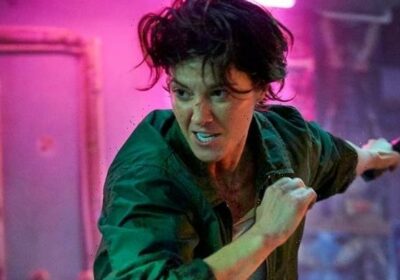 The last we saw of Mary Elizabeth Winstead, she was kicking ass alongside Harley Quinn and the rest of her Bird of Prey squad. Mixed amongst the ensemble, Winstead still managed to shine as the awkwardly lovable, and incredibly dangerous assassin she could be. It left us all wanting more — and so the universe took pity and delivered.

Imagine Winstead just as dangerous as Huntress, but replace that crossbow with an endless supply of guns and flip that awkwardness into terrifying confidence: thus, we have Kate, her upcoming Netflix revenge thriller.

Check out the trailer for Kate below.

Kate looks like an Atomic Blonde-style action thriller, centering on a woman so threatening that she singlehandedly outnumbers an army of yakuza. In this Japan-set revenge movie, Mary Elizabeth Winstead plays the titular Kate, an assassin who has 24 hours to figure out who poisoned her.

From what we see, the film looks just as glorious as the premise makes it sound, with Winstead absolutely wrecking every enemy she encounters, all while befriending a spunky teen girl and checking in with her good friend, Woody Harrelson.

Kate also comes with its own special flair, with director Cedric Nicolas-Troyan describing the film as a “love letter” to Japan. The movie looks packed with references to Japanese pop culture, including music featured from Japanese female artists of all genres.

We still have a good while to wait before we actually get Atomic Blonde 2 or John Wick 4 for that matter, but Netflix is stepping up to fill the void of badassery. Last month they debuted another kinetic action thriller, Gunpowder Milkshake, which is actually more similar to Kate than you may have realized. The Karen Gillan-led movie also followed an elite assassin teaming up with the daughter of a past victim to exact revenge on those who wronged her. But since it worked so well, landing a spot on the Netflix Top 10 movies list, why not repeat it?

For Gunpowder Milkshake, its dynamite cast carried to the finish line. If you’re craving that style of neon-lit relentless action, it’s hard not to get excited about a trailer like Kate‘s. Netflix is continuing the trend, giving us all the intense action scenes we want, paired with cute bonding moments and thrilling needle drops.

Of course, Gunpowder Milkshake wasn’t without criticism, chief among them being that its “feminist themes” came from a crew of male directors and writers…which happens to also be the case for Kate.

The trailer for Kate certainly looks promising, but it is pretty hard to argue with Mary Elizabeth Winstead-led action. Hopefully, while giving us everything we love about this thrilling genre, Kate can also find its own identity to lead with.

Check out the official synopsis below:

Meticulous and preternaturally skilled, Kate is the perfect specimen of a finely tuned assassin at the height of her game. But when she uncharacteristically blows an assignment targeting a member of the yakuza in Tokyo, she quickly discovers she’s been poisoned, a brutally slow execution that gives her less than 24 hours to exact revenge on her killers. As her body swiftly deteriorates, Kate forms an unlikely bond with the teenage daughter of one of her past victims. Starring Mary Elizabeth Winstead and Woody Harrelson, and directed by Cedric Nicolas-Troyan, Kate follows a burned assassin’s furious pursuit of one last self-appointed job.

Kate releases to Netflix and in theaters on September 10.