KATE Garraway left Alex Beresford red-faced as she cheekily asked him to strip topless to present the weather on today's Good Morning Britain after he shared a sexy selfie to Instagram.

The breakfast show's hunky meteorologist flashed his chiselled abs in the snap, that he posted to mark his 40th birthday at the weekend. 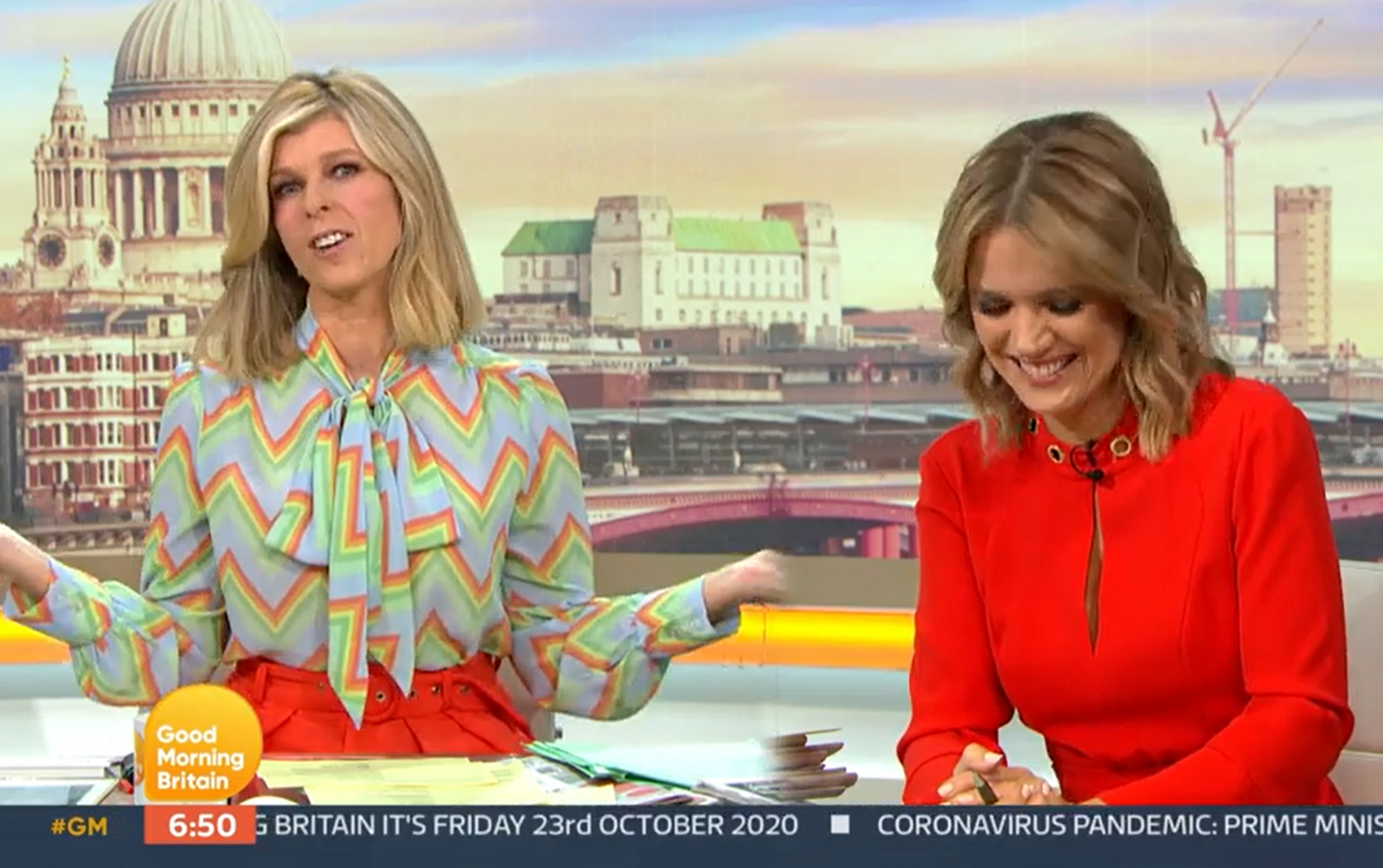 And Kate and her co-host Charlotte Hawkins couldn't resist teasing their co-star about the post on this morning's GMB.

Kate, 53, said: "If you don't follow Alex on Instagram you will have missed out on a treat this week, he turned 40 and I mean… Wow."

Charlotte ribbed: "I'm worried you're getting a bit forgetful in your old age though because you seem to have forgotten your top."

Alex looked sheepish and awkwardly giggled as he put his head in his hands. 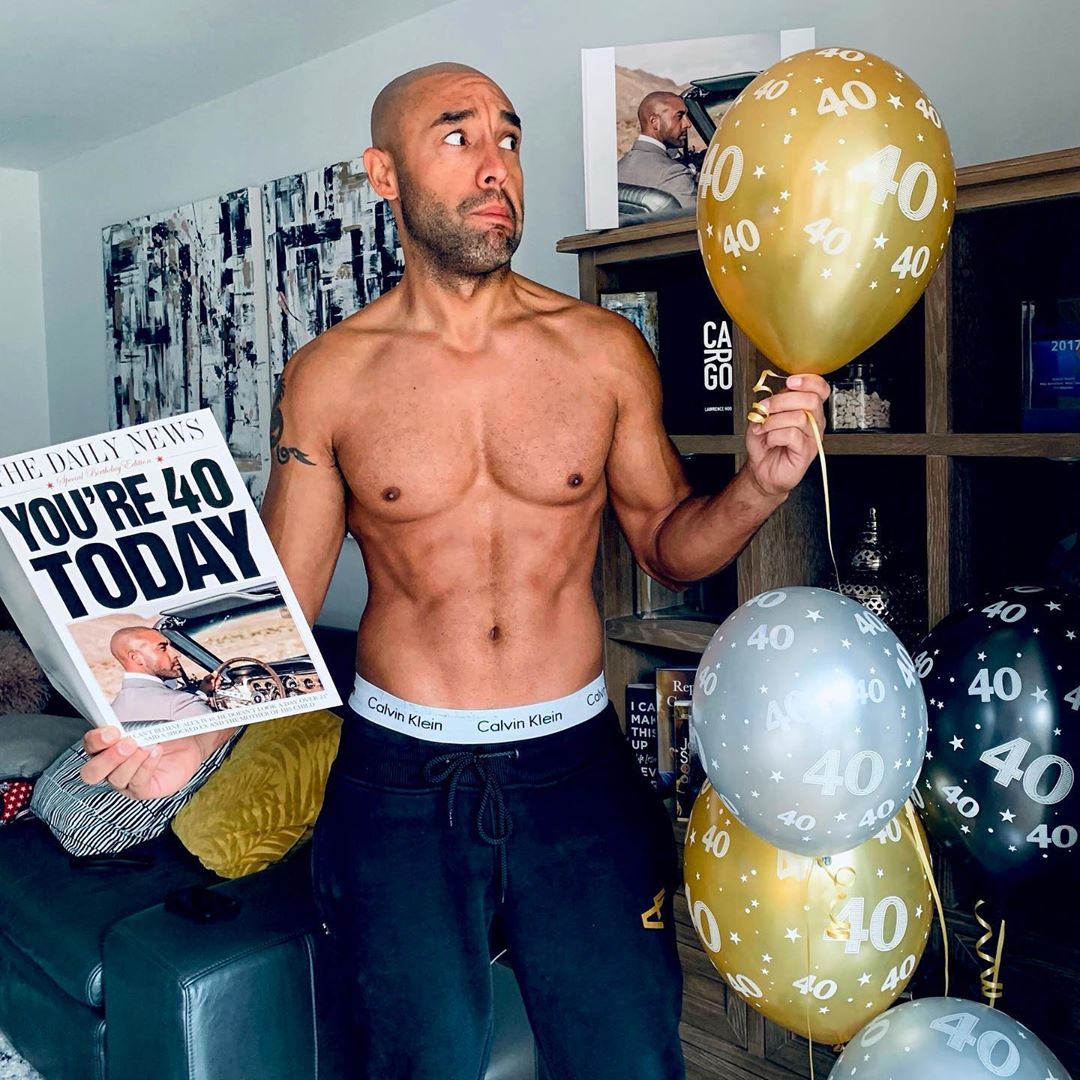 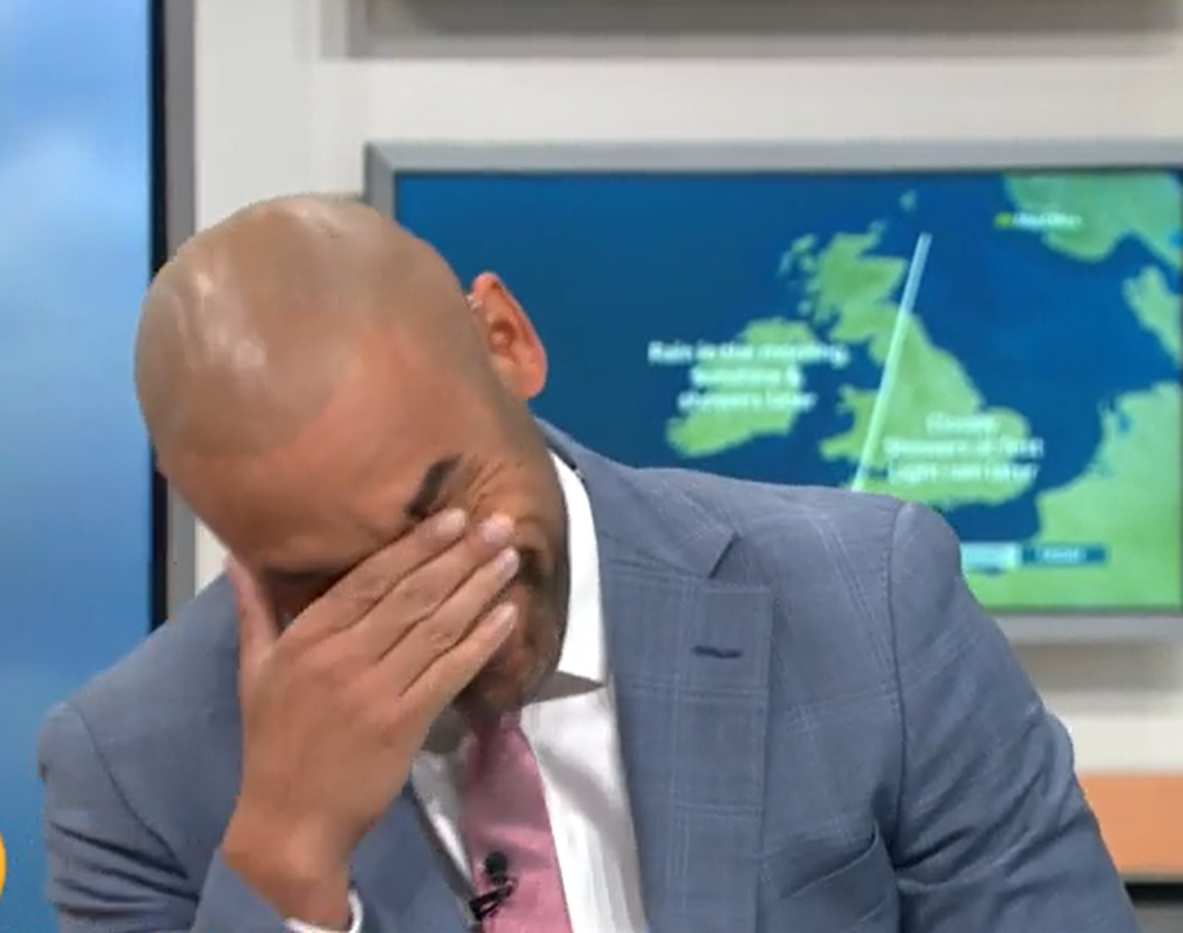 The two women and co-host Sean Fletcher then surprised Alex with a belated birthday gift – a black T-shirt.

Kate joked: "Can I just say, Charlotte and I didn't request the top, Sean did."

She then added: "The producer just said in my ear, just so you know it's not me objectifying Alex Beresford, the producer said we need you guys at home to decide if he should do the final weather of the show topless.

"Maybe we should also decide whether Sean should do the news with his top off! We're going to run a Twitter poll this morning, do get involved. 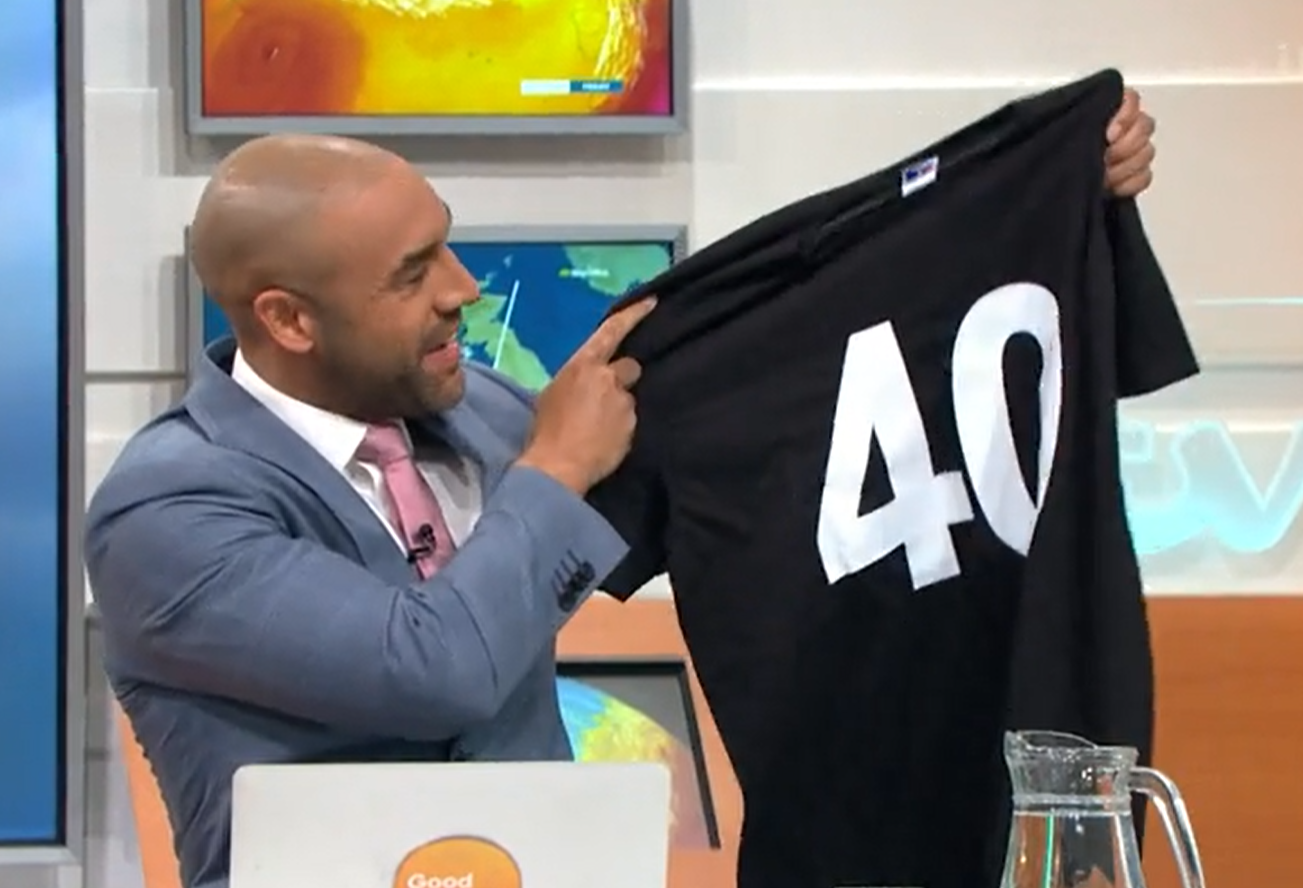 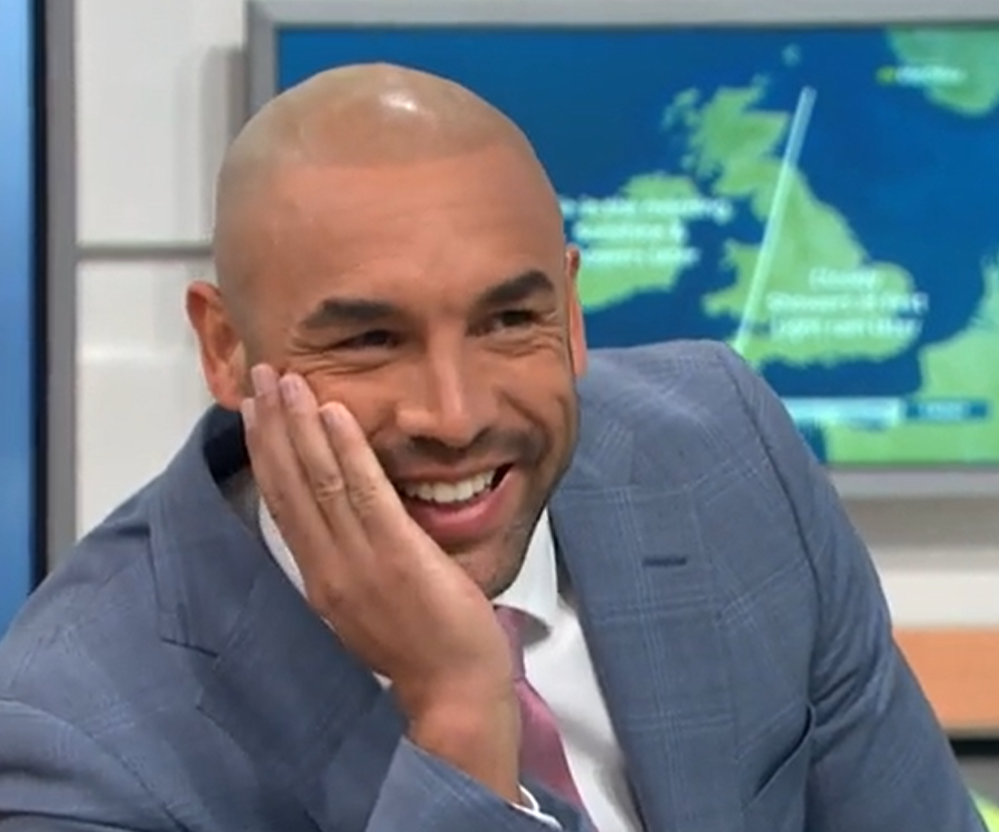 "You can see we're keen to make the nation smile, can't you?"

But after an ad break, Kate and Charlotte couldn't stop giggling like naughty schoolchildren having seemingly got a telling off behind the scenes.

Kate told viewers: "Can I just apologise? As usual I've gone a bit too far – nobody's going to make Alex do the weather with his top off. 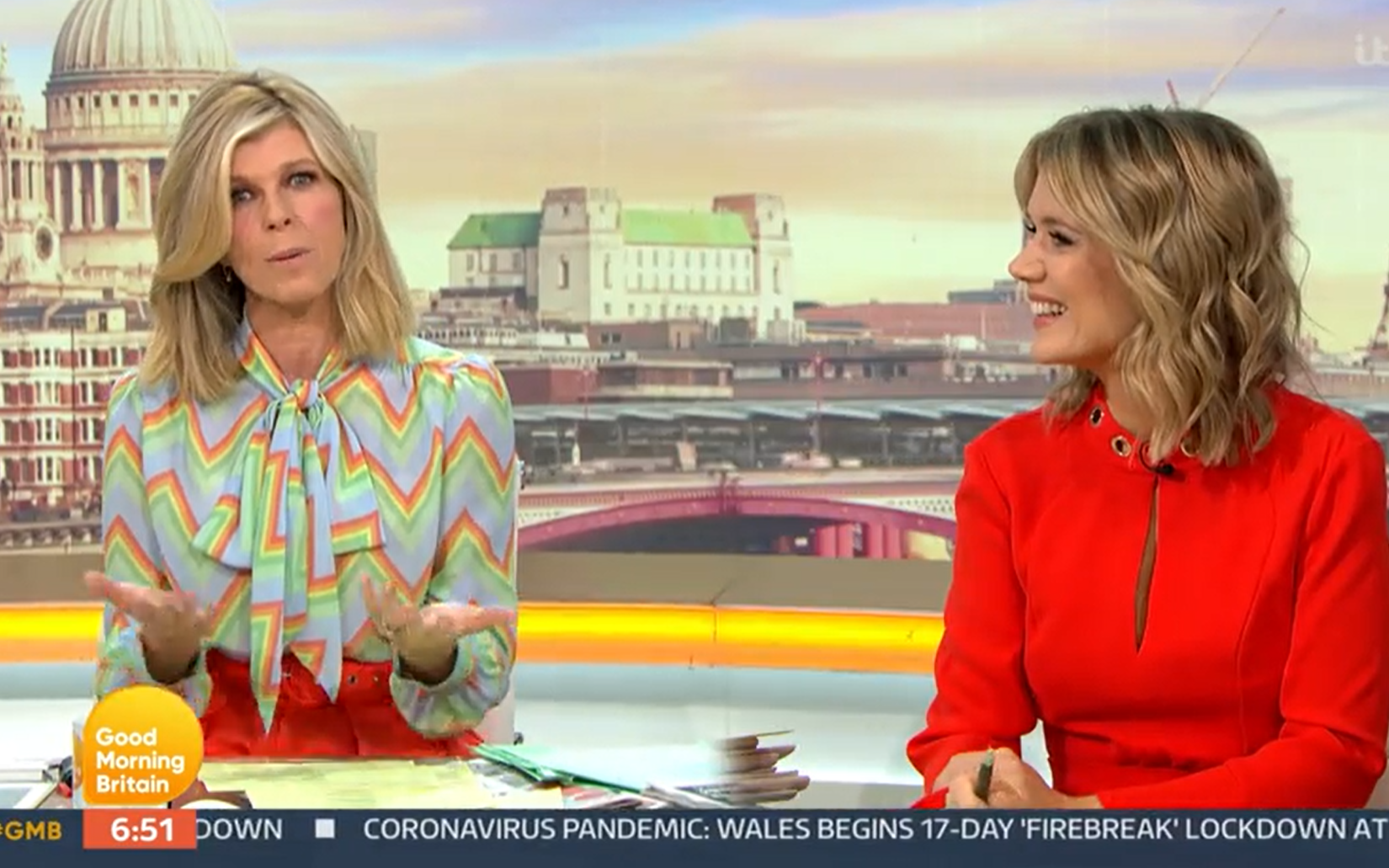 She then added: "I'm very sorry, he's a professional for heavens sake – goodness me!

"But we are going to ask you if you'd like to see the picture of him with his top off again because he did put it out there anyway, didn't you?"

Alex appeared amused as he smiled and admitted that he isn't shy about showing off his body.

Good Morning Britain's official Twitter poll went live soon after, asking fans: "After @alexberesfordTV marked his 40th birthday by showing off his toned torso on social media, do you want to see the picture of Alex with his top off again or put it away?" 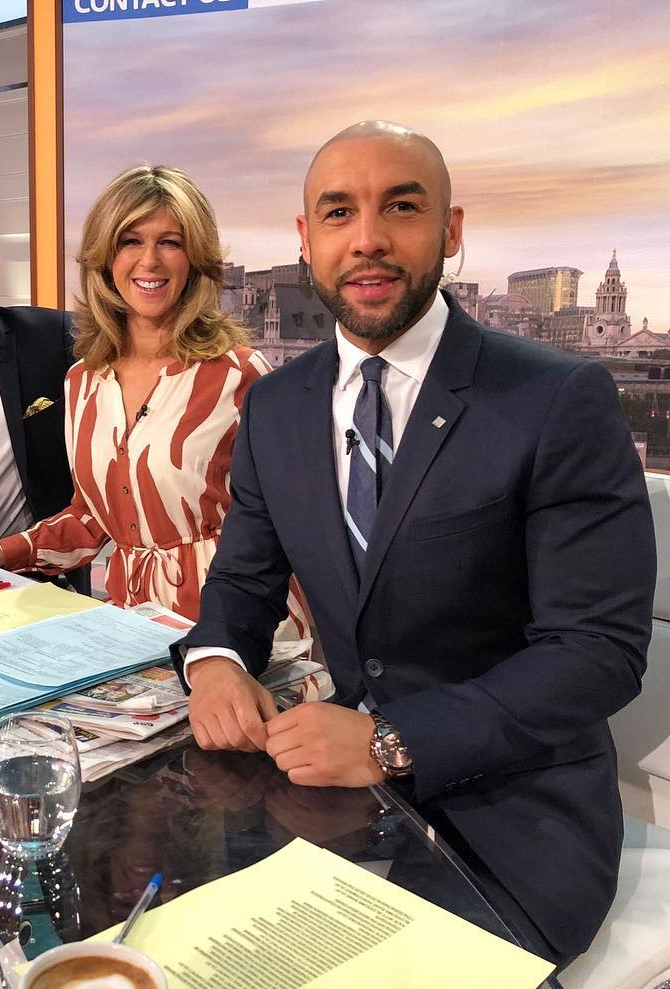 In the original birthday snap, which Alex shared on Saturday, the star is topless with his Calvin Klein underwear band visible under a pair of tracksuit bottoms.

He looks worried as he clutches onto a gold 40 balloon, with others visible by his side. 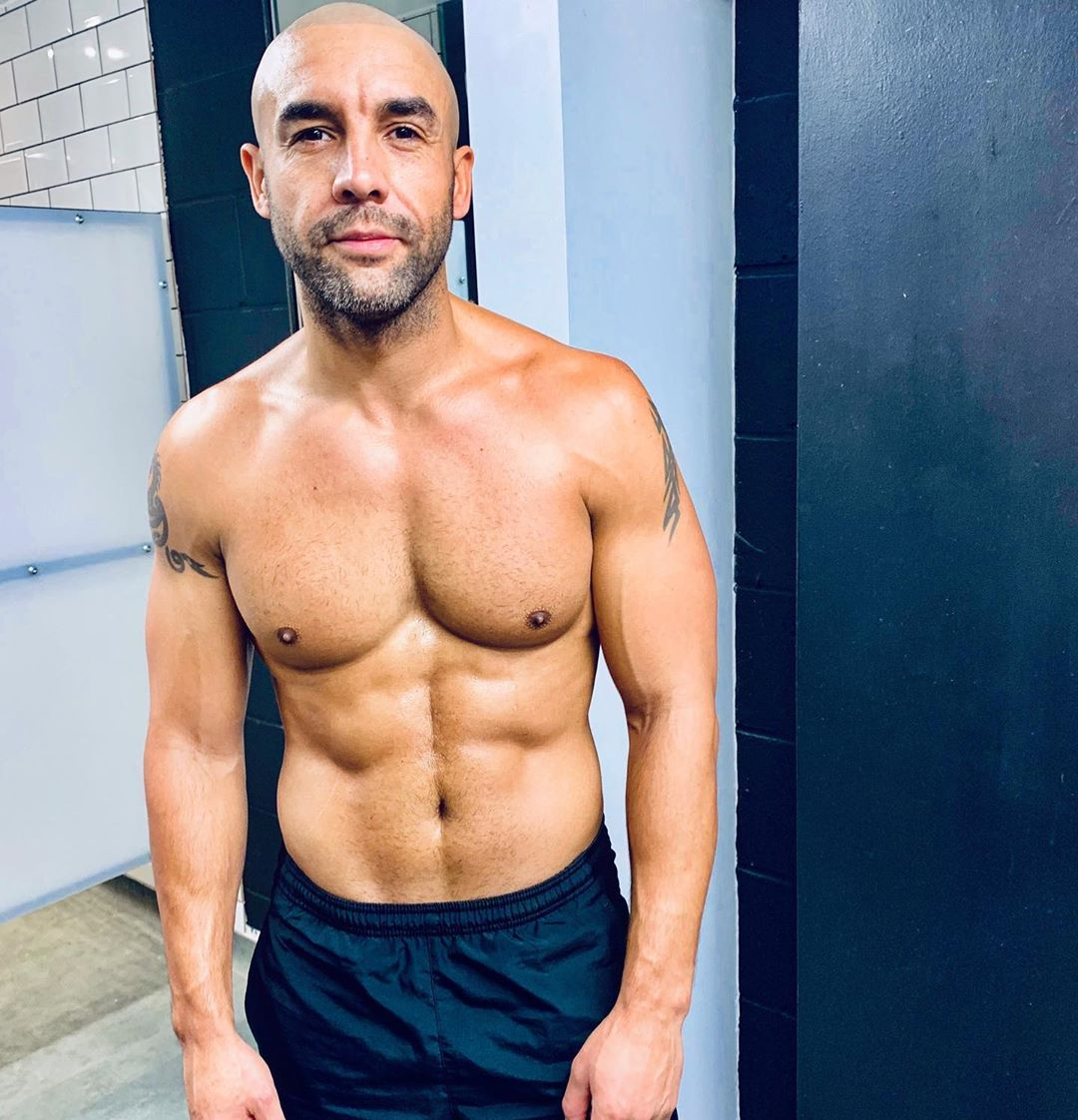 In the other hand, Alex is holding a large birthday card that reads: "You're 40 today".

Alex mused in the post's caption: "Whooooooaaaah where did the last 40 years go 👀.

"I am so thankful that I got to this milestone because no one is promised tomorrow. I can’t lie I feel great inside and I’m oddly excited about what’s to come.