Home » Kaitlyn Bristowe Reveals How She Felt After Hosting 'The Bachelorette'

Kaitlyn Bristowe Reveals How She Felt After Hosting 'The Bachelorette' 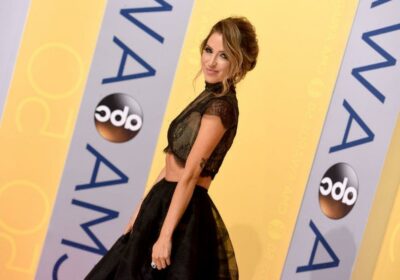 Kaitlyn Bristowe continued her career in Bachelor Nation most recently while hosting The Bachelorette alongside Tayshia Adams. The two former leads took on a bigger role in the reality show while longstanding host Chris Harrison stepped aside in light of his controversial comments. Filming The Bachelorette again stirred up some complicated feelings for Bristowe, who is no longer with her final pick from her season. Here’s what she said on her podcast, Off the Vine, about the new experience.

Kaitlyn Bristowe led ‘The Bachelorette’ in 2015

Bristowe competed as a contestant on Chris Soules’ season of The Bachelor, which aired from January to March 2015. She finished in third place, falling right behind Becca Tilley and Whitney Bischoff. Viewers advocated for Bristowe to take the leading role for the next season of The Bachelorette.

She initially had to share the spotlight on The Bachelorette with Britt Byrne (formerly Nilsson). Then, the male contestants voted on who they would like most to lead a season and Bristowe won the majority. The Canadian jokester dated many later-to-be fan favorites of the franchise. Her season introduced Ben Higgins, Jared Haibon, and Ben Zorn to Bachelor Nation. And it brought Nick Viall back onto viewers’ television screens.

In the end, Bristowe got engaged to Shawn Booth. The pair broke up in 2019, and Bristowe went on to date Becca Kufrin’s castoff Jason Tartick. The duo remain together to this day and have two dogs.

Bristowe returned to the franchise for the first time as host on the upcoming season of The Bachelorette. Since production just wrapped, Bristowe went back on her podcast and revealed how she’s feeling about it all.

ABC announced via social media on March 12 that Harrison would not be hosting the next season of the show. He was already temporarily replaced for The Bachelor: After the Final Rose when Emmanuel Acho stepped in for him. The network, in partnership with Warner Horizon, released a statement detailing that Bristowe and Adams would take on the coveted hosting gig.

“In his absence, former Bachelorettes Tayshia Adams and Kaitlyn Bristowe will support the new Bachelorette through next season,” the statement read. “As we continue dialogue around achieving greater equity and inclusion within The Bachelor franchise, we are dedicated to improving the BIPOC representation of our crew, including among the executive producer ranks.”

Harrison was notably not only the host of the show but also an executive producer. That meant he was making important higher-up decisions about the path of the show.

ABC has not yet announced a BIPOC replacement for the executive producer role. But Adams will be the first non-white host to take the spot for a full season.

The former lead spoke about her time hosting ‘The Bachelorette’

Bristowe faced many difficulties as lead of The Bachelorette. First, she had to compete to win the spot as lead and get male validation from the contestants’ votes. Then, she faced much criticism from audiences slut-shaming her for having sex with Viall prior to Fantasy Suites week. And finally, Bristowe got even more pushback when she accidentally spoiled Booth as her final pick in a Snapchat picture.

Returning to The Bachelorette, even in a different role, brought up some complex emotions for the former lead. She opened up about the experience on the April 29 episode of her podcast Off the Vine, per E! News.

“A lot of people are asking how I’m feeling,” Bristowe began. “I was very overwhelmed. I think it was such a perfect storm and breeding ground for anxiety.”

She reiterated how grateful she was to have the opportunity, despite the resurfaced feelings.

“I didn’t realize how much it brought up some either trauma or anxiety that I may not have dealt with as much as I thought I had,” Bristowe stated.

The Bachelorette returns to ABC on June 7.