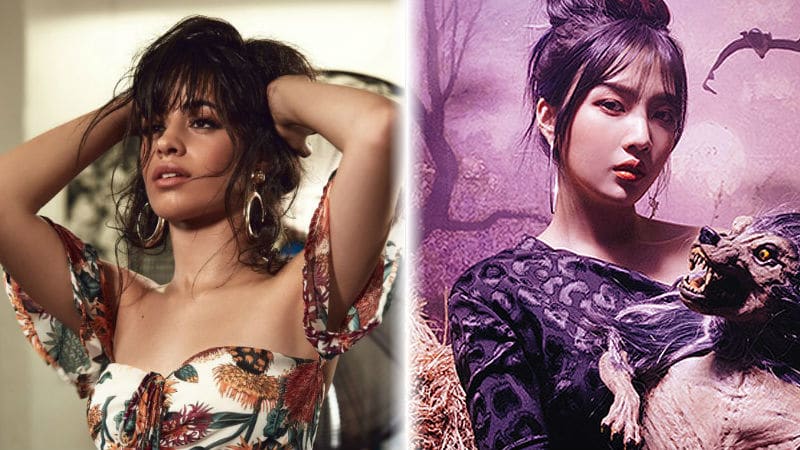 Joy of popular K-pop girl group Red Velvet made it known she would love to collaborate with singer Camila Cabello. Soon after, Cabello responded and K-pop fans are ecstatic.

We have to thank a very committed ReVeluv (fan club of Red Velvet) for making this happen. On Twitter, he or she created a video clip showing Joy talking about her love for Camila Cabello, starting out with her statement, “I’d love to collaborate with Camila Cabello because I really love the song Havana.”

The video transitions to Joy singing and dancing to the song on the Korean variety show Idol Room. The ReVeluv then left a caption for Camila Cabello making sure to tag the popular Cuban-American singer.

Apparently, Camila Cabello thought Joy was cute, and commented that she and Joy should perform Havana together.

So far, neither Joy, Red Velvet, or SM Entertainment have responded to the possibility of the two pop stars collaborating with each other.

However, the fact that Camila Cabello has responded shows that K-pop continues to grow more prominent in other music industries around the world.

Collaboration or not, Joy is still busy being a Hallyu star!

K-pop fans, especially those who are ReVeluv, surely hope something happens between Joy and Camila Cabello. If such does happen, it would be the next in many collaborations between K-pop and other artists of other musical industries.

BTS has collaborated and/or worked together with Nicki Minaj, Chainsmokers, and Steve Aoki. Monsta X collaborated with Gallant. And (G)I-dle collaborated in the League of Legends girl group project K/DA.

If the collaboration does not happen, Joy has plenty to deal with nevertheless. For starters, she is constantly growing as an actress. She’s already played the female lead roles in The Liar and His Lover on the Total Variety Network (tvN) and Tempted on the Munhwa Broadcasting Corporation (MBC).

And of course we cannot forget that Joy is part of Red Velvet and they recently had their latest comeback, their eighth extended play (EP) or mini-album RBB featuring title track song of the same name which stands for “Really Bad Boy.”

It has only been five days since RBB released but the music video for the song already has over 12 million views, a good start for Red Velvet’s possibly last comeback for the year. Right now, they are concentrating on post-release promotions especially music variety competitions.