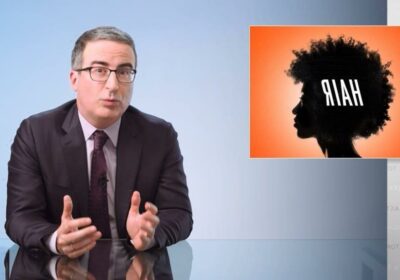 John Oliver had an unusual focus on this week’s episode of “Last Week Tonight” — Black hair.

While Oliver acknowledged at the top of the show that he’s not the most ideal candidate to talk about the hairstyles of people of color, since he looks “like I still go to an old-timey barber named Valentino and ask for ‘the tidy Liza Minelli,’” — but the HBO host said he felt it was something important to talk about.

He also took a minute to highlight some white guys who have publicly messed up when talking about Black hair, including WTKR local news reporter Blaine Stewart, who mistakenly called his Black co-anchor out for wearing a weave when she wasn’t — on live TV.

But Oliver recognized that many of his white viewers might not understand Black hair — or know savvy Black writers willing to craft pithy and informative jokes for them. So, he enlisted the help of three Hollywood comedy heavyweights: Leslie Jones, Craig Robinson and Uzo Aduba. 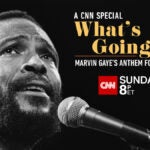 “While social stigma and unrealistic beauty standards aren’t going to go away overnight, there are a few things that white viewers in particular might want to keep in mind going forward, and to that end, if you are one, there’s a message you should probably hear,” Oliver said, introducing the actors.

In a brief sketch filmed remotely from the three actors’ homes, Jones, Robinson and Aduba popped up to explain Black hair, each beginning with a cheerful “Hi, white people!”

“Look, white people. I know you have lots of questions,” Jones began.

Some of these questions included things like “What does a do-rag do?” Robinson noted, or “How often do you have to wash black hair?” as Aduba said. The three actors had the answer, of course, but it might not be what you’d expect.

“Google it. F—ing Google it,” Robinson and Jones said.

“It doesn’t have to be Google,” Aduba pointed out. “It can be f—ing Bing, YouTube, Wikipedia, I don’t give a s—,” Jones added.

“Once you get the information, you can appreciate all the beauty and hard work it takes to keeping my hair laid and looking good,” Jones said. 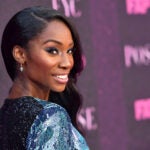 For people who might not want to look this stuff up, everyone had the same suggestion. “If you’re not interested in Googling it, there is another option,” Robinson said.

“Leave us the f— alone!” Aduba chimed in.

“Look, white people, don’t tell me you can’t figure this out on your own, you figured out Settlers of Catan,” Robinson joked, referencing the popular (but somewhat complicated) board game.

The larger point of the show’s main segment tonight was Oliver advocating for federal passage of the CROWN Act — which stands for Creating a Respectful and Open World for Natural Hair.

Some states, like California, already have passed CROWN Acts, which extend anti-discrimination protections to race-based hairstyles, including braids, locs, twists and knots in the workplace and public schools. In most places across the country, though, protections like this don’t exist and Black people both young and old are subject to discriminatory policies because they choose to wear parts of their cultural identity proudly.

Check out Oliver’s comments at the top of the page, and a few reactions to tonight’s show below. Also watch the video above.