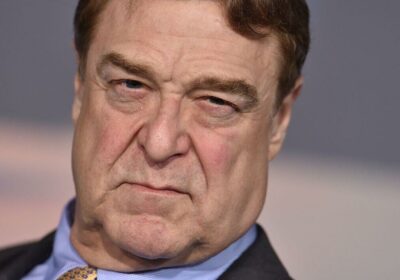 John Goodman's Amazing Weight Loss; Before and After!

Today, on June 20, 2022, legendary actor John Goodman turns 70-years-old. But before the actor became immensely famous by appearing in such pictures as The Flinstones, Blues Brothers, Raising Arizona, The Big Lebowski etc, the American star had become downtrodden with some painful personal issues.

Goodman has been very open about his struggles with alcoholism throughout his career. The star suffered from the illness for more than 30 years. And it hugely affected his life.

During an interview in 2012, he confessed the drinking was “certainly” affecting his acting work as well.

In what way?: “Temperament. Memory. Depression.”

In another interview in 2015, he explained just how “bad” his drinking got

Goodman said: “I mean, there’s many times I could have gone under. Not overdosed, but… well… misadventure.”

The star got sober in 2007, but he confessed it was a daily struggle to stay on the wagon. It got to the point where he was “having dreams” about tracking down some bourbon and knocking it back.

Goodman added: “I want to keep going to places where there is positive reinforcement, so I don’t get to the place where there are triggers. Because I don’t think anything on God’s green Earth could stop me if I really wanted to drink.”

He also confessed that the “constant threat of unemployment” that comes with being an actor factored into his drinking.

“Alcohol is alcohol. I’m an alcoholic,” he opened up. “I would drink no matter what. That’s just part of being an alcoholic – you find any excuse. But as for the stress, I’ve lived a stressful life. I’ve made it more stressful by drinking and using drugs, and the business I have chosen is always a nail-biter… there was a constant threat of unemployment.”

He mused: “For some reason, I just denied what I was doing to myself. It’s a miracle anyone would hire me at all, looking at me. I looked like a walking heart attack.” (Via Men’s Health)

So he found a different way of dealing with it.

Goodman has a love of the theatre, which he says is a completely different way of acting. Something he likened to being “shot out of a cannon”.

The Roseanne star said: “You have an adrenaline rush and once that’s over, you find yourself, at the end of the evening, spent.”

Filming a movie, he said, was different. It involved long days and waiting. “A film just drags out,” he noted.

The highly-respected theatre actor was also afflicted with forgetting his lines due to his illness.

He said: “I had a problem with it and… I drank for a while and towards the end of that, the lines would not come. And it was like a snowball. It just built up a lack of confidence that I could even learn lines. And I was punishing myself more than anything else and even using my energy wrong and it’s just a matter of being relaxed with it, and knowing [the lines] are going to come, have patience.”

This ongoing day-to-day struggle was coupled with a burning depression that also hounded him daily.