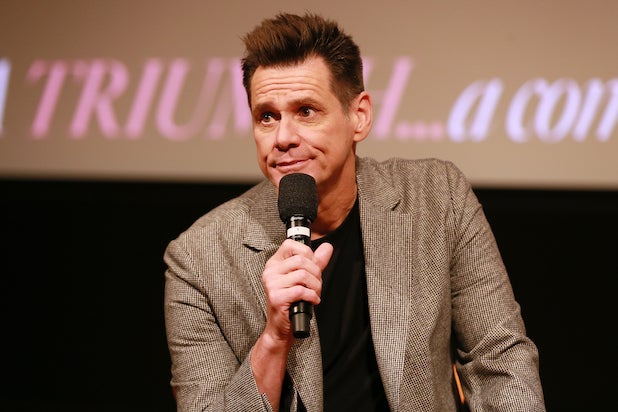 Two days after the death of New York financier and convicted sex offender Jeffrey Epstein, actor Jim Carrey tweeted out another one of his political drawings — this time, depicting Epstein getting zipped up in a body bag.

Drawn in black and gray inks, Carrey’s illustration includes the caption “No Suicide Watch is Murder” in all-caps, referencing how Epstein, who died by apparent suicide on Saturday, was taken off of suicide watch prior to his death.

The illustration is the fifth piece Carrey has illustrated featuring Epstein this year — the first was tweeted in February accompanied by the caption, “Jeffrey Epstein had an island where VIPs allegedly exploited and abused child sex slaves. He had many rich and powerful guests there. Gosh…I hope none of them are embarrassed by the association.” He followed that illustration with three others in July, two of which featured Epstein and Donald Trump while the other, captioned “Creature From the White Lagoon (aka, Palm Beach),” was of just Epstein.

Carrey isn’t the only Hollywood figure to air his suspicions about Epstein’s death. Jamie Lee Curtis, George Takei, Jeffrey Wright, Patricia Arquette, and Rosie O’Donnell, among others, also tweeted over the weekend with their questions surrounding Epstein’s death.