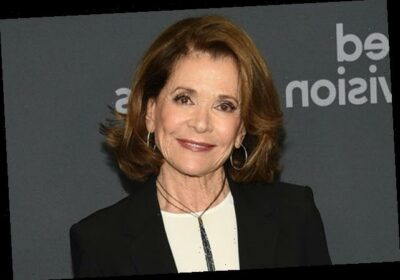 Emmy-winning actress Jessica Walter, arguably best known for her role as icy matriarch Lucille Bluth on Arrested Development, died on Wednesday at her home in New York City. She was 80.

“It is with a heavy heart that I confirm the passing of my beloved mom Jessica,” Walters’ daughter, Brooke Bowman, said in a statement to our sister pub Deadline. “A working actor for over six decades, her greatest pleasure was bringing joy to others through her storytelling both on screen and off. While her legacy will live on through her body of work, she will also be remembered by many for her wit, class and overall joie de vivre.”

In its own statement, Arrested Development‘s studio, 20th Television, said, “Jessica Walter’s spectacular turn as the devilish Lucille Bluth is one of the great comedic performances of television history, and we loved working with her as much as audiences loved her. Our hearts go out to her family and friends, particularly her daughter, and our former colleague, Brooke. We know that heaven just got a whole lot funnier with Jessica now in residence.”

Walter was also providing the voice of Malory Archer on the FX’s long-running Archer, which was heading into its 12th season.

Additional TV credits include TV Land’s Retired at 35 (opposite the recently deceased George Segal) and 90210 (the reboot). She won an Emmy in 1975 for her starring role in NBC’s short-lived Ironside spinoff Amy Prentiss.

In 2018, while promoting Netflix’s latest Arrested Development revival season, Walter revealed that her embattled co-star, Jeffrey Tambor, had verbally harassed her. “He never crossed the line on our show, with any, you know, sexual whatever. Verbally, yes, he harassed me, but he did apologize,” she told the New York Times through tears, with Tambor sitting nearby. “In like almost 60 years of working, I’ve never had anybody yell at me like that on a set.”