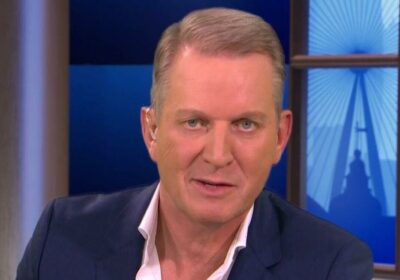 In a statement published by The Sun, the 63 year old said: “'I'm so excited to be going back to live television from October 10th.

“Sitting in for Piers over the summer has given me a taste for what the new show will be.

“Jeremy Kyle Live will be making sense of the stories that matter; speaking the language of the British people and providing practical help as we all try and navigate our way through current times. I can’t wait to be a part of TalkTV’s amazing new primetime lineup.”

The tagline for the show reveals that the series will "see the straight-talking voice of the people take on the issues that really matter."

Jeremy spent 14 years frontingThe Jeremy Kyle Show , up until May 2019 when it was axed after the tragic death of guestSteve Dymond .

Steve, who was 63 at the time, passed away just days after he recorded an episode. He took his own life after failing a lie-detector test on the show to prove he wasn’t cheating on his fiancee – he was booed and jeered by the audience.

Filming and broadcasting of the show was immediately suspended, and TV host Jeremy, 56, disappeared from our screens.

He's remained absent from TV ever since, butreturned to the radio airwavesand launched a new weekday show on talkRadio last year.

Speaking at the time, Jeremy said: "I don’t want to sound 'woe is me', and as I’ve said the whole thing was a terrible tragedy — devastating for Steve Dymond’s friends and family, of course, and for the many people who worked on the show.

"But it did hit me hard. And it’s been awful to feel so scapegoated, and without being able to have my say about the accusations that often seemed to be levelled only at me. I’ve felt hunted and made out to be responsible for everything that ever took place around that show. But I was just the face of it."