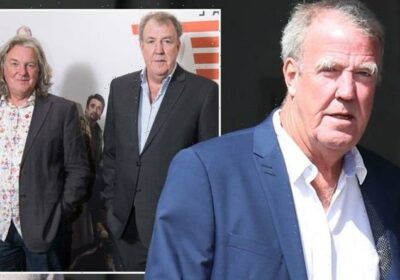 Jeremy Clarkson has ditched life behind the wheel of the latest sports cars for the tractor in his upcoming Amazon Prime series, Clarkson’s Farm. Alongside the likes of Niall Horan and Emma Thompson, The Grand Tour host sat down on ITV’s The Jonathan Ross Show to explain exactly why he felt the time was right for the rather unexpected career move. But of course, in doing so, he couldn’t leave his co-stars Richard Hammond and James May out of the conversation.

Ahead of Clarkson’s Farm’s premiere on Amazon Prime, Jonathan asked the former Top Gear host about his skillset for taking on his very own farm for the TV project.

“You get up in the morning and people shout at you,” Jeremy joked. “You think you know what you’re doing…

“They just shouted at me, all rolled their eyes. Occasionally one of them would say, ‘I’m a bit disappointed…’ there was a lot of that.”

Jeremy then delved into the details of keeping bees on his farm as well as the trials and tribulations that come with making sure everything works in fine order. 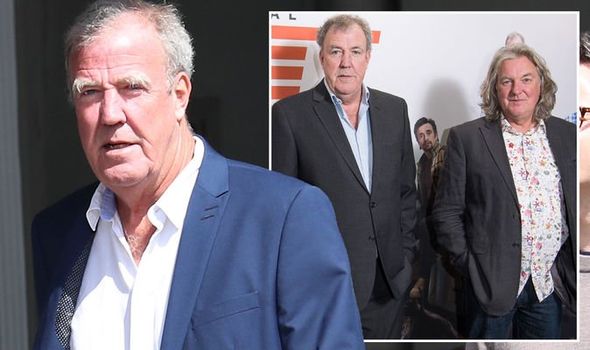 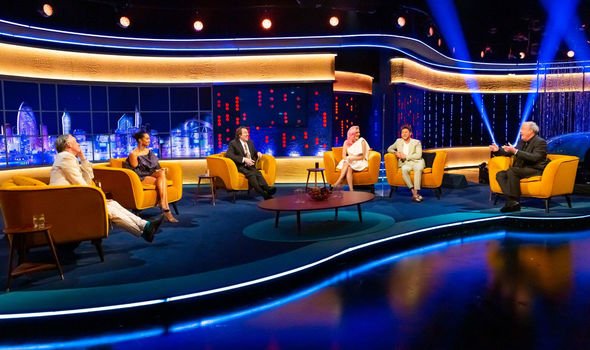 Soon after their farming discussion, Jonathan and Jeremy’s attention turned to cars, a topic The Grand Tour host is undoubtedly more famous for.

In particular, the conversation geared towards the subject of crashing and whether Jeremy had experienced any of his own given the high-octane thrills of his other job away from the farm.

“I haven’t crashed on the road since 1977,” he began to Jonathan. “It was 36 hours later [from passing my driving test] in the Yorkshire Dales.

“It was a good old crash. Then I thought, ‘I’m not doing that again’. Touch wood so far (I) haven’t. It’s been a long time since I’ve crashed.” 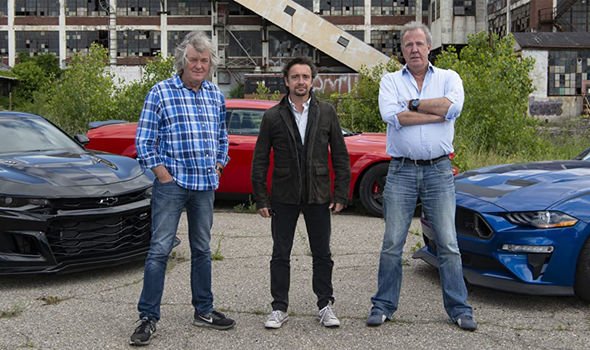 However, Jeremy couldn’t miss the opportunity to take a pop at Grand Tour star James May.

“I deliberately crash into James May now,” Jeremy joked. “It’s such sport.”

Explaining further, he added: “They’re not our cars, it doesn’t matter.

“When I’m driving home I have to remember not to crash.”

But crashing into James wasn’t the only The Grand Tour revelation to come from Jeremy’s chat with Jonathan.

With the coronavirus pandemic throwing countless spanners in the works when it came to releasing the latest special episode in the series, Jeremy revealed the next Grand Tour episodes were already raring to go.

He told Jonathan: “We’ve got two more Grand Tours waiting in the wings.”

However, he still didn’t put a date on when fans can expect to see him, James and Richard back behind the wheel, but it should certainly be sooner than the time fans waited for the latest special, A Massive Hunt.

Last year, Jeremy, Richard and James headed to Scotland to film one of their upcoming episodes.

The trio had been hoping to head to Russia among other places to film, but the coronavirus pandemic brought plans to a halt.

But in the meantime, as The Grand Tour fans await the next episode, they can binge Clarkson’s Farm from June 11 on Amazon Prime Video.