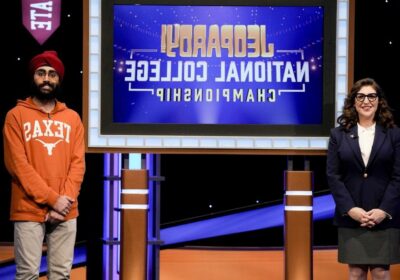 Mayim Bialik just wrapped up the Jeopardy! National College Championship on Feb. 22. Thirty-six students from around the country competed in the prime time tournament, with Jaskaran Singh from the University of Texas at Austin winning the grand prize of $250,000. The college senior is enjoying his moment in the spotlight and is planning on using the cash jackpot to for some tuition payments.

Jaskaran Singh is headed to ‘Jeopardy!’ Tournament of Champions’

Singh is a double major in finance and economics at the McCombs Business School. He shared his excitement after his Jeopardy! victory and noted that the prize money will help with those tuition bills.

“It feels pretty awesome,” Singh remarked after being crowned champion, as reported by KXAN. “It’ll definitely go a long way in paying my tuition and a lot more.”

According to KXAN, Singh had a cumulative score of $51,700 at the end of the two-game final on Feb. 22. Raymond Goslow of Kennesaw State University finished in second with a total of $46,999, and Liz Feltner from Northeaster University landed in third place with $7,400. Goslow won $100,000 as runner-up and Feltner went home with $50,000. In addition to his $250K jackpot, Singh will compete in the 2022 Jeopardy! Tournament of Champions. 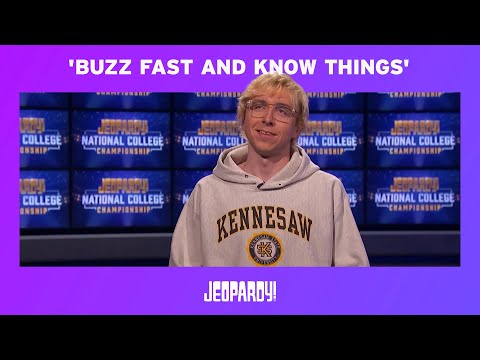 The 21-year-old has been a trivia fan since childhood. Still, Singh’s mom had to give him a push to try out for Jeopardy!‘s college tournament.

“Shout-out to my mom,” Singh told UT News. “I watched Jeopardy! when I was a little kid, and my mom had me apply when I was 13, but I didn’t make it past the audition stage. She encouraged me to try again last year, saying, ‘What’s the worst that could happen?’ So much of this stuff is up to chance, but obviously it worked out.”

Though Singh didn’t reveal any particular strategy in prepping for the game show, he stays on top of current events and has a love for learning which helped him at the podium.

“I’m a normal guy, but I like to read the news to keep up with what’s going on, and I especially like learning about history,” the Plano resident explained. “The videos YouTube recommends for me are pretty nerdy based on my preferences. Just now, I was watching this video on Luigi Cadorna, an Italian World War I general. So there you go.”

Some pressure points of ‘Jeopardy!’

Singh kept a calm demeanor throughout the tournament, though he admitted there are aspects of competing on camera that can be a challenge.

“There was one category with a series of clues for phrases that have three words that rhyme,” he said. “My brain was not working in that moment. Just the experience of being in a TV studio and having lights bearing down on you, and makeup put on you. That sort of gets to you.” 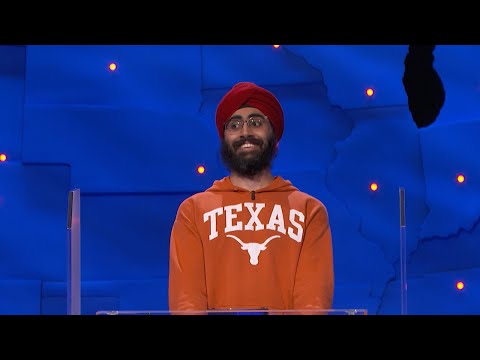 The UT senior is already prepping for another college trivia competition and has definitely gotten in some stellar practice on Jeopardy!

“I’ve been tangentially involved with trivia since high school,” Singh revealed. “I was on the Quiz Bowl team, and we won the national championship. I’m also on UT’s Quiz Bowl team, and we’re competing in nationals in April, in person for the first time in years, which should be a lot of fun.”

RELATED: ‘Jeopardy!’: These Familiar Faces Will Compete in the 2022 Tournament of Champions