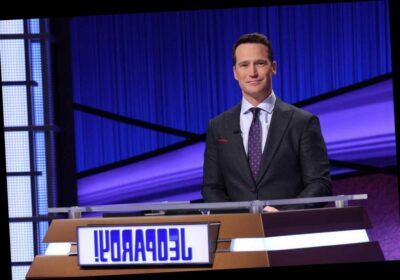 The 45-year-old former game show host impressed fans with his charming personality and good looks, with many calling for him to be handed the full-time gig in the wake of Alex Trebek's death last year.

"Can Mike Richard's name be tossed into the hat for new host? EP and guest host tonight. Nice voice, easy on the eyes, has charm," wrote one Twitter user.

"I think @Jeopardy can stop looking for Alex Trebek's replacement because their executive producer / temporary host — Mike Richards — is a FOX!!! I don't wanna look at anyone else…" wrote another.

"I love him. LOVE him," added yet another fan.

Another viewer pointed out the value of not having a "celebrity host," calling Richards "not overbearing or distracting, and perfectly pleasant."

And one fan called him the "best option" to take over hosting duties.

While Richards managed to quickly win over audiences with his natural ease, the executive producer told USA Today that he only found out he would be stepping in days before filming.

"I didn't know I was going to be doing it until three days before, and so I had not prepared myself to host in the way that I know other guest hosts are," he said. "So there was just a lot to unpack. Plus, I also only owned one suit, so there was a little bit of scrambling there."

"It was very fun; humbling doesn't begin to describe the feeling. It hit me like a ton of bricks when Johnny Gilbert announced my name," he added. "That's of course the last thing you hear when you start to walk out … and it was overwhelming in the moment."

Along with Jennings and Richards, journalists Savannah Guthrie and Anderson Cooper as well as Drs. Mehmet Oz and Sanjay Gupta have been tapped to host. Katie Couric, Green Bay Packers quarterback Aaron Rodgers, actress Mayim Bialik and journalist Bill Whitaker are also on the lineup for this season.

Trebek's final episode as Jeopardy! host was filmed in October and aired in early January.