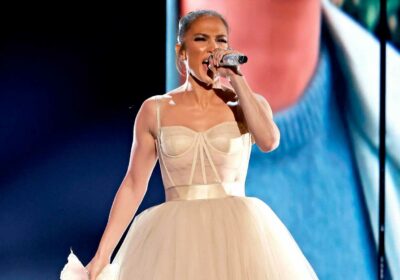 The singer, who has been married three times, wore a bridal gown on stage in Los Angeles as she performed her new song, On My Way, from her upcoming comedy film Marry Me. 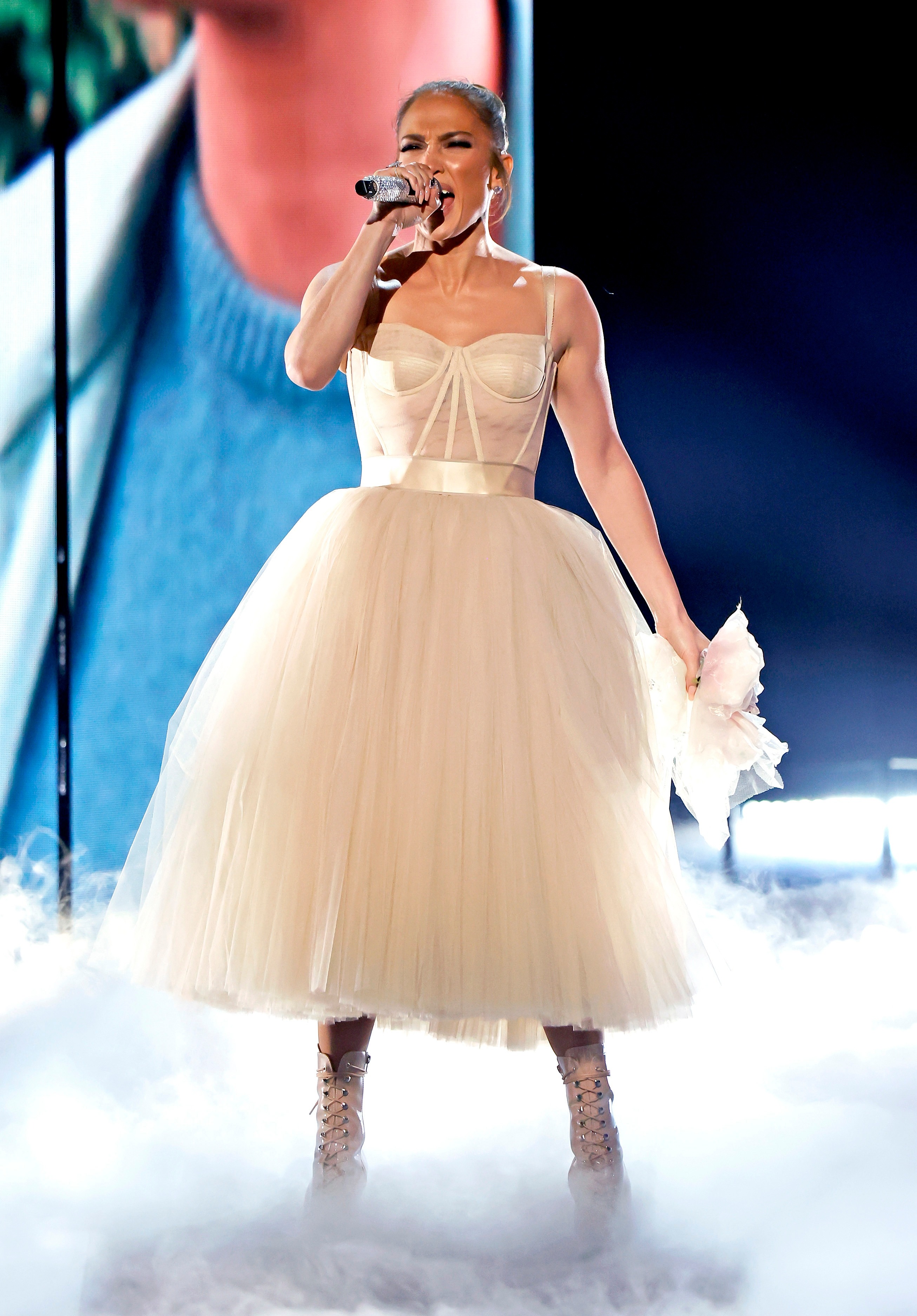 J-Lo, 52, pulled off her veil during the concert and threw it into the crowd.

The film, which also stars Owen Wilson, is out on February 11 and follows the tale of a singer who is jilted by her rock star husband moments before their wedding so marries a random stranger instead.

Jennifer’s boyfriend Ben Affleck, 49, did not join her at the bash, which saw Korean group BTS and Taylor Swift win big.

BTS won three gongs on the night, while Taylor made history by taking her record of wins at the ceremony to 34. 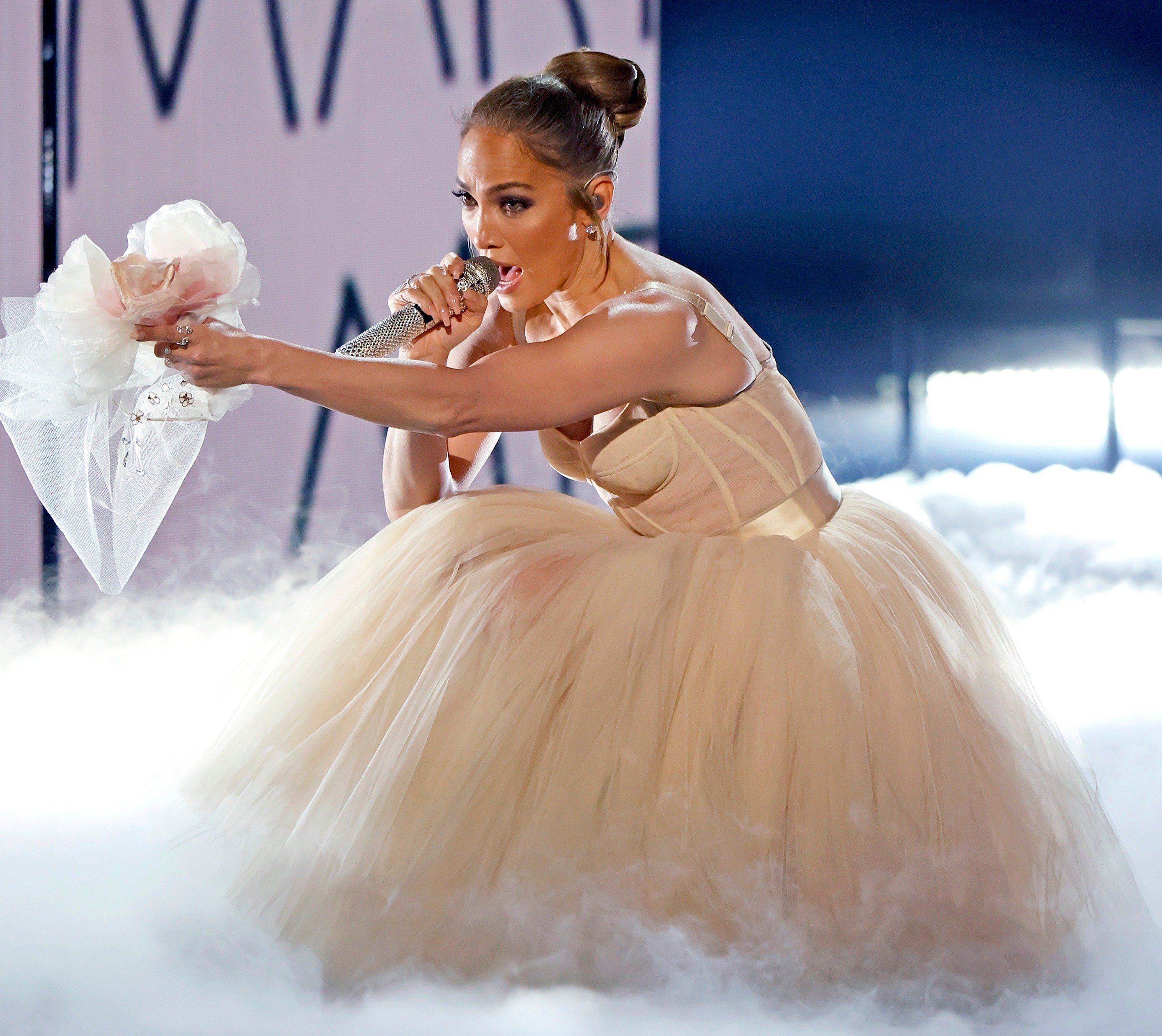 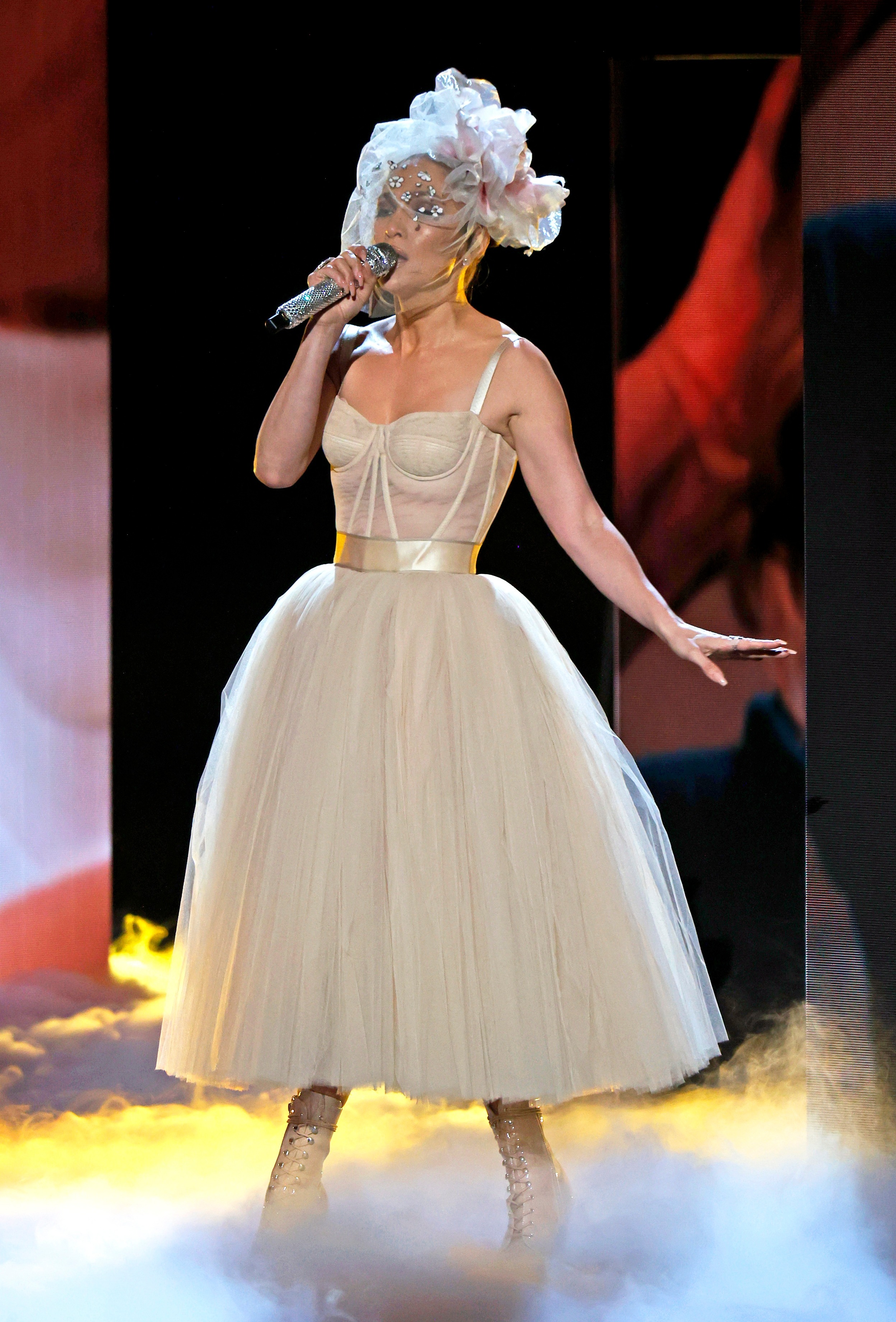 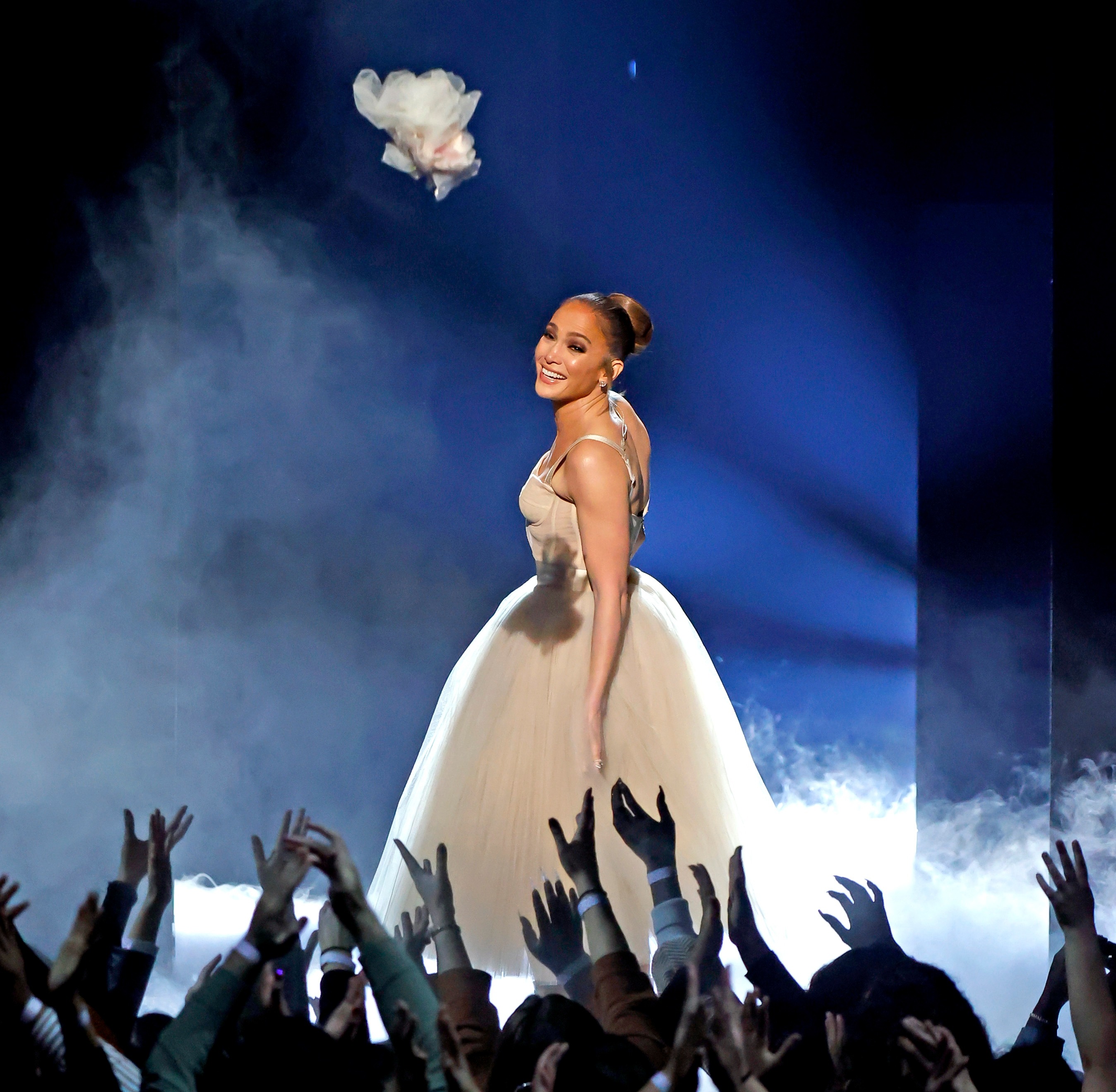 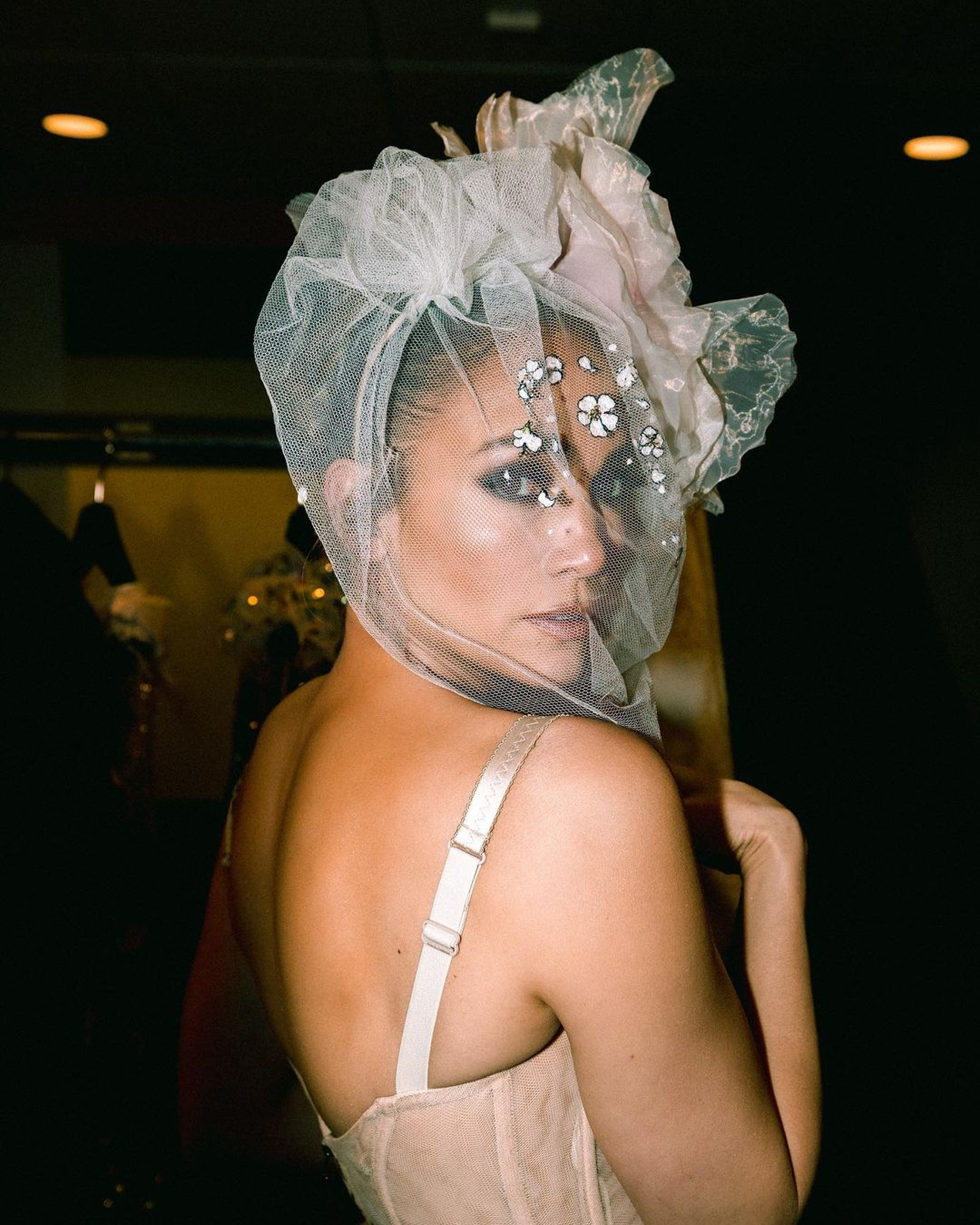